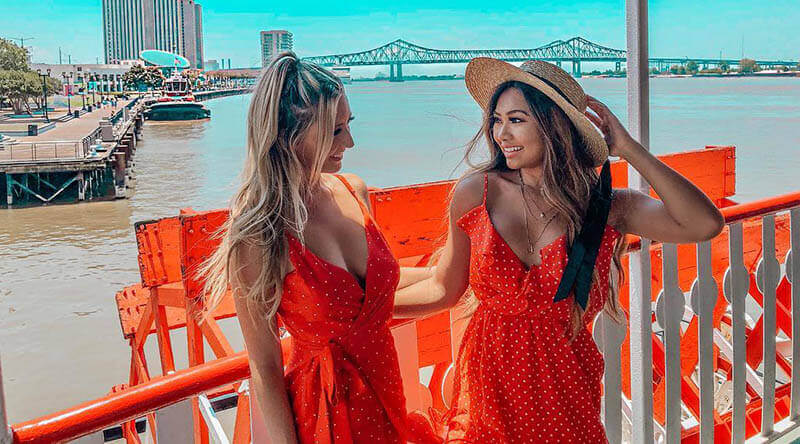 “I’m sorry.” Two simple words that are so hard to say. It’s easy for us to say them on trivial occasions, turning to a stranger we accidentally bumped into on the street, or when we step on someone’s foot on the bus. When it really matters, however, we just can’t find the words. Failure to apologize can ruin our relationships, any relationship, from home to work. Learn how to apologize properly: it’s a truly masculine trait.

Why we don’t apologize

Pride. It’s hard for men to apologize because it requires admitting your own guilt. It’s hard to admit that you screwed up. That you made a mistake. Pride comes into play.

Embarrassment. If we royally screwed up by doing something really dumb that we should have asked about first and only done later, it’s hard to talk about it at all. We feel like idiots and would be more than happy to pretend it never happened to us.

The antidote to all these feelings?

Humility. The reason for all these feelings is that we don’t look at ourselves from the outside. For yourself, you’re always right, and that’s clear as day. But it’s wrong. We’re all human. We all screw up sometimes. And you have to accept that you’re imperfect: that’s life. Real men remember that. When you need to apologize Even when it’s not entirely your fault. There’s a breed of dude who doesn’t apologize unless it’s 100% their fault. “But it’s not my fault!” they yell in righteous anger. It’s not his fault he threw out an important document because no one warned him that he If you’re reading this caption. It’s not his fault he hurt his friend because she shouldn’t have listened to him talk to his friends. However, there are almost no situations where it’s just one person’s fault. If your girlfriend lost self-control and said nasty things to you (for what you think is no reason), it’s not because she’s a megalomaniac. It’s just that you’ve been working all week and haven’t spent time with her. Even if the guilt percentage is distributed as 99/1, you still need to work on yourself and realize what your percentage is. You shouldn’t live each day as if you’re constantly on trial and citing evidence that you’re innocent. It’s not so much that you’re right, it’s how strong and good your relationships are with those around you.

Would you trade your relationships for being right?

Would you rather hurt someone to be right? Sure, it’s nice to think you’re the only one who’s right, but only at first. Your being right won’t keep you warm on a winter’s night. You don’t have to apologize for something that’s not your fault, but you can find things-as small as they may be-in which you could have done better. Once you apologize for those little things, it will set off a chain reaction, and your interlocutor will reflect on his or her own mistakes. Don’t let pride defeat you. Even if you haven’t been caught. Did you ever break something as a kid and then run away, hoping that the breakage either wouldn’t be noticed or wouldn’t be blamed on you? That’s right, that’s what they do when you’re a kid. A man can admit his mistakes and his wrongdoing, and he can apologize for them. Quickly. Apologize as soon as possible for offending or insulting someone. The longer you wait, the more time you both have to think about why the other is wrong, and the harder it is to make the first move. Oh, and the situation becomes more awkward as time goes on.

When you don’t need to apologize

For your opinion. If you’ve offended someone by standing up for what you believe in, but you don’t have the decency to do so in a personal way, you’ve been an asshole and you should apologize. However, if you spoke respectfully and reasonedly, defending your position, and the person was offended at you simply because you don’t share their opinion, you don’t need to apologize. You don’t need to apologize for what you think is right. When you didn’t meet someone’s expectations. For example, a story like this. A girlfriend expects a dude to fulfill her slightest wish and spend all day and night with her. When he doesn’t, she obviously gets into a fight. That’s not sensitivity, that’s selfishness.

For everything. There are guys like that, they apologize for everything: for the way they look, for things they’re not guilty of at all and for which no one blames them, for any shortcomings that no one notices until they mention them. He apologizes and apologizes. No one cares anymore, and he’s still apologizing. Apologizing all the time is totally unmanly, people stop taking you seriously.

How you should apologize

Write if you can’t tell. Sometimes pride or embarrassment keeps us from apologizing. Is to apologize in person, but if you’re completely unable to do so, it’s better to write an apology than not apologize at all. Sometimes a letter or note is the best way to talk, because that way you can express your feelings without the risk of being hijacked by emotion and take the argument to the next level.

Make a joke if it’s appropriate. Self-irony can relieve tension and make you both laugh. Notice that I said: if it’s appropriate. If you’ve cheated on your girlfriend, there’s no time for jokes. Be sincere. That’s the cardinal rule of how to apologize. Insincere apology is even worse than no apology at all. First the person was offended by you and then upset by your hypocrisy. How will your interlocutor know that the apology is insincere? You will talk about remorse without showing the slightest sign of it. Or a silly apology along the lines that you’re sorry someone is still hurt or angry. Stick your apologies like that in the back of your mind. Take responsibility for yourself. Never, ever, ever make any reservations when you apologize. It can have a negative effect on an important relationship. Don’t make any “buts.” Don’t say, “I’m sorry, I’m sorry, but…” A man takes full responsibility for his actions.

Show that you understand what you were wrong about and realize the magnitude of the insult. Your interlocutor needs to know that you understand the seriousness of the situation, that you’ve thought it through, that you understand what you were wrong about, that you understand the consequences of your actions. No one wants to hear an apology from someone who has no idea what they are apologizing for, only doing it because they need to apologize. Offer to make amends. This is another key part of apologizing. Whenever you do, offer to make amends in some way. Naturally, this is not always possible. If you break the family vase, you can’t just go to the store and buy a new one. But if something can be fixed financially, don’t remove yourself from the problem.

Commit to fixing it. Notice I say “commit,” not “promise.” Some might say that you will never make the mistake again if you are truly repentant of it, but people are imperfect and it’s hard to talk about such a pattern. Yes, I’m really sorry I snapped at someone, but I can’t guarantee that even if I try really hard, it won’t happen again. If you promise someone it won’t happen again, you risk making a promise you can’t keep. If that happens, the offended person will be doubly offended, throwing you a rebuke, “You promised!” There are things about which you can be one hundred percent sure you won’t do them again, and if you’re absolutely sure, promise. Commit to work on yourself so it won’t happen again. Promise that you’ll work very hard to make sure it doesn’t happen-something you can promise. Prove your remorse with actions. Words don’t mean much if they don’t match actions. When you apologize, don’t keep repeating, “I did apologize. Just behave in such a way that it is obvious that you are really sorry.

Move on. After you’ve sincerely apologized, you don’t need to apologize again. If you apologize too much, the aggrieved party might think that’s the right thing to do, and they’ll feel better – for a while. But in the long run, it can ruin the relationship. If you apologize every time, it puts you in an unequal position: you are always at fault, and the other person is always right. Deep down, you will cease to be respected-whether your apology is accepted or not. If your apology is accepted, you don’t need to talk about it anymore. If your apology is not accepted, it means that the person doesn’t believe in your relationship or that they have a problem.