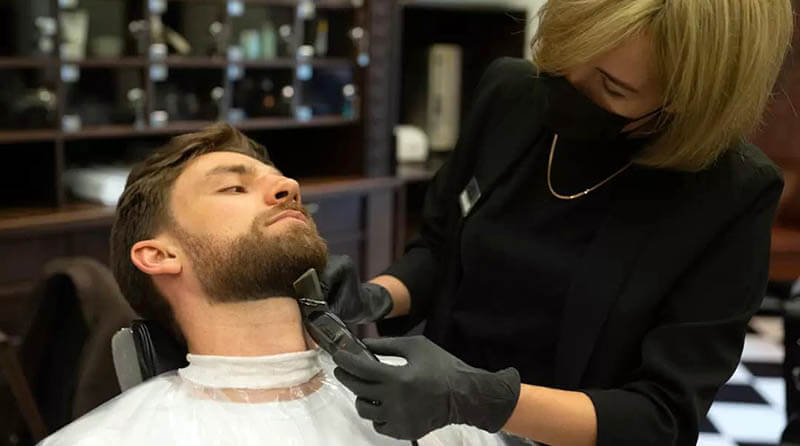 П. P. G. Woodhouse and his characters give advice on how to eat, drink, sleep, treat girls and aunts, propose and throw shoes

A gentleman should know other gentlemen

“Ah, I seldom read the book of peers! You should, there are some very funny names.”

A gentleman is able to express everything as succinctly as possible

“Gordon Carlyle was a gentleman and could not swear, but he expressed all that was necessary with a look that contradicted the assumption of friendship.

“I resolved to return to London and face danger bravely, as befits a man: I would lurk in my apartment and tell Jeeves to answer everyone that I was not at home.

“It is not customary to put a gentleman in jail if you are engaged to his aunt.

A gentleman benefits society even by his build

“He was fat even then, and day by day he got fat as a pig, so now tailors measure him instead of exercising in the morning.”

Alcohol is good for the gentleman

“It shocked me that a course of alcohol therapy, even if not entirely successful, made a garrulous jerk like Gussie into a master orator.

Any Member of Parliament will tell you the same thing: If you want to win an audience, the first thing you do is have a drink or two. Until you’ve had a good drink, you can’t hope to win their attention.

“Yesterday’s exploits should not interfere with today’s

“You can’t treat your client with indifference. Sherlock Holmes would never refuse to receive a visitor just because he was out late the night before on the occasion of Dr. Watson’s birthday.”

There is no substitute for smoking.

“The trouble is that Miss Cooke is under the great influence of some pal of hers named Tolstoy. I am not acquainted with him, but he seems to have very strange views. You won’t believe this, Jeeves, but he says you shouldn’t smoke because you can get exactly the same pleasure from just twiddling your thumbs. The man is an ass. Imagine a holiday banquet, the kind where the invitation says “to be in regalia. Already a toast to the king’s health has been proclaimed, the strong men are looking forward to the moment when they’re lingering over their cigars, and then the table steward says: “Gentlemen, you may twiddle your thumbs.” Can you imagine the dejection and disappointment at the table? Do you know anything about this Tolstoy? Have you heard of him?”

“-A very common case, sir. A gentleman who receives the resignation of one young lady immediately rushes to another and begins to win her favor. In other words, he strikes a pose.

I was beginning to get it.

– Ah, I see. He’s striking a pose and making a challenge.

A gentleman has to know how to treat women

“There’s a type of woman – you respect them, you admire them, you’re in awe of them, but from a distance. If they make an attempt to approach, from them to beat off with a club.

Soccer is the best rehearsal for married life

“Pinker was engaged to Steffy Bing, and in my opinion, the long years of soccer practice would have served him well as preparation for married life with her. If every Saturday since you came out of infancy a bunch of thugs in shoe-legged cleats have been smacking you in the face with them, I don’t think anything can scare you, not even marrying a girl like Steffy, who’s had some crazy prank since she was a baby that can drive everybody around her crazy from first to last.

The countryside is the perfect place for a gentleman in love

“I wonder if there is any place in the whole vast world more gracious to the heart of a lover than the typical English countryside. The Rocky Mountains, the traditional haven of heartbreak, have their advantages, but the lover must be a man of sturdy disposition to remain focused when he might run into an angry grizzly at any moment. There are no such obstacles in the English countryside.”

A gentleman must be hospitable

“We Worcesters cherish the age-old tradition of hospitality, but when a guest occupies your bed, there’s no room for tradition. I threw my shoe at him.”

Dinner is a time of spiritual upliftment

“…Lunch is a meal at which Bertram is usually on fire, for he adores it. I have spent the happiest hours of my life in the company of soup, fish, pheasant or whatever, soufflés, fruit (when the time comes) and a shot of port in conclusion. Lunch brings out the best in me. Those who know me sometimes say, ‘Bertie is usually of no interest in the daytime, but put the world in darkness, light a soft light, uncork the champagne, put dinner in front of Worcester, and you’ll witness a miracle.

“As I looked around, I caught the stare of a Bartholomew Scotch terrier, unmistakably indicative of the bad intentions so characteristic of the creatures of this breed. The Scotch terrier, perhaps because of his bushy eyebrows, always looks as if he were a preacher of some particularly strict Scottish sect, and you were a parishioner of dubious repute, seated in the front row of the parlor.

“Another bad habit, from which his wife has cured him over the years, is to open the door himself. Bingley was brought up in an environment where everyone is his own doorman, and it was hard to teach him that a real gentleman does not open doors, but waits for a servant to go and open them for him, as is his custom.

A gentleman is ready for any surprise

“In this world, my dear, we must be ready for any surprise. We must distinguish the improbable from the impossible. It’s unlikely that a relative stranger would stick his head out of a cab and punch you in the ear, but you seem to assume it’s impossible. Well, blame yourself.

A good memory is a gentleman’s peace of mind

“…He was as carefree and calm as an English peer is when he remembers there is a decanter of whisky left in the drawing room. Others, weaker, would have trembled his whole body, but he retained that soft equanimity that distinguishes the fish on ice.

A short memory is the key to a gentleman’s happiness

“…A change of scene is very important. I was once told of such a rejected lover. A girl rejected him. He went abroad. Two months later the girl sent a telegram: “Come back. Muriel.” He sat down to write a reply and suddenly found that he could not remember her last name, so he did not answer at all, and from then on his life went on quite happily.”

A gentleman must be able to hide his true intentions

“Outwardly he was the most respectful, but in his soul he only dreamed of socialist revolution…”

A gentleman must be discreet

“Again I had to stop and remind myself that an English gentleman cannot crack the neck of a sitting redheaded fury, no matter how much she is asking for it.

A gentleman must hide his boredom

“We can scold our aristocracy, we can go to rallies, but, nothing can be done, blood is blood. An English peer, dying of boredom, will not show it. From childhood he is accustomed, as a guest in castles, to inspect the stables, expressing fake joy, and his Spartan skills have kept him all his life.”

Every gentleman was once young

“…If you happen to study psychology, sir, you have surely heard that the most venerable elderly gentlemen are not at all opposed to letting people know what dashing young men they were when they were young.

Aunts are not gentlemen

“- We don’t know the worries. And I’ll tell you why. There are no aunts here. <…> Do you know what the trouble with aunties as a class is?

– They’re not gentlemen,” I concluded grimly.

“A moralist might think that the position of a peer of considerable wealth is ambiguous. Cloudless happiness, he would say in his unpleasant way, often corrupts, and this world, where something may hit one’s head every minute, requires vigor and focus.

If trouble happens to an ordinary man, he is ready for it. For years he has been late for the train, taken the dog out in the rain, had burnt bacon for breakfast, and hardened his spirit, so that the sudden arrival of his mother-in-law will not break him.

Lord Emsworth received no such training. He ate well, slept soundly, and had plenty of money. His roses were famous throughout Shropshire, his pumpkin won a medal, something that had never happened in their family, and most importantly, Frederick, his youngest son, had married a millionaire’s daughter and gone over a very wide ocean. In short, he could consider himself a dabbler of fortune.

So would we be surprised if a sudden stroke took him by surprise? Would we lament that he did not respond to the call of the sun? Shall we condemn him for not being able to swallow the lump in his throat like an oyster pushing a doorknob in?

It’s good to be a gentleman!

“Even in these turbulent postwar times, with the social revolution going wild and civilization in the melting pot, so to speak, it’s not bad to have your name in the peerage book, even in big letters.