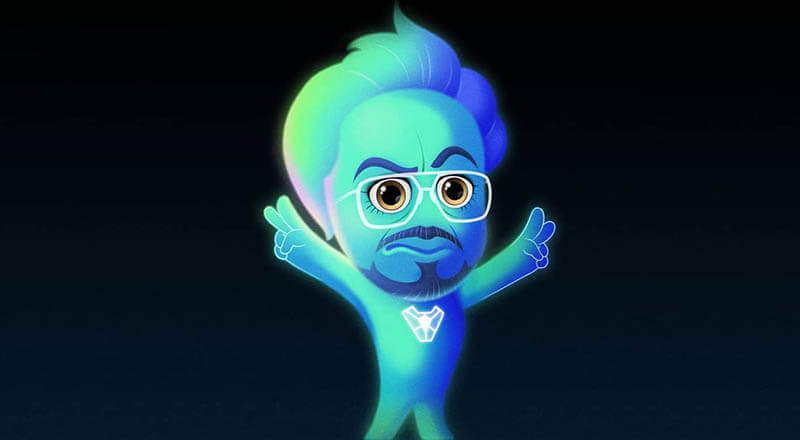 Have you ever come up with an answer to an argument or a quip to a friend’s joke a couple of hours later? Oh, that hurts, doesn’t it? And you wish you could shine! Or is sarcasm some kind of totally unique skill mastered in Shaolin somewhere? Actually, it’s not that hard to learn sarcasm, and it’s not really that hard to improve your wit skills. It’s all about reaction speed and an excellent vocabulary.

And no, we are not suggesting that you learn by heart all 30 volumes of the Great Encyclopedia. There is an easier and faster way – take an example from the best. Today we suggest you learn from the brilliant and inimitable Tony Stark!

He is remembered as a charismatic, distinctive and damn appealing character! One of his main distinctions is his sense of humor with a pinch of sarcasm. Here are a couple of secrets to learn from him.

Humor is a mass thing. You have to be understood by the majority of the room, not just yourself, for the joke to work. And sarcasm, of course.

Its main trick is relevance. Have you noticed how Stark is ladling references from contemporary culture? It’s no accident. When you use analogies from movies, books or events that are well known around you, in a joke or even in an ordinary conversation, you are easier to understand.

And at the same time check out your perfect sense of humor.

How do you develop this skill? Read books, watch movies, follow world events. Even if you don’t like Game of Thrones, you need to at least know what it’s about in order to be “in the loop.

There is another option – to remain a “misunderstood genius,” who can at least speak the language of wit, it still no one will understand. But then what is the point? Even Stark doesn’t hesitate to use simple concepts when he jokes.

Moving on. Sarcasm is situational humor. Practice spotting the right moments and responding to them. It’s caustic, pithy, and clear.

Sarcasm is a mockery, of a situation, a phrase, or an event. The whole world and its specific representatives, so to speak.

It takes a lot of practice to make a joke in time. Alas, no other ways have been invented. Reaction speed, like running speed, can only be trained.

Not confident in your abilities yet? Then watch a couple more times some great movies (like the first Iron Man) and try to answer the same Tony. Preferably – funny.

3. Don’t forget to use facial expressions

The next point is facial expressions. You can ruin a great moment with a great sarcastic comment with a ridiculous grimace. Now just look at Tony, memorize it, and practice in front of a mirror. In fact, the poker fase or that raised eyebrow will come in handy in almost any situation in life.

Tony Stark does not repeat himself. You never hear the same jokes from him. On the same subject, yes, but it’s always different wording and different witticisms. Repeated jokes are like coffee that you heat in the microwave – the chemical composition is the same, but it tastes like garbage.

Also, Tony Stark doesn’t go overboard. There is irony, there is sarcasm, and then there are insults and humiliations. Well, he never stooped to them. He walks the line, yes. Crosses the line? Never.

That, of course, is the skill of a trained master of sarcasm. If you’re just beginning to learn this science, young padawan, it’s best to refrain from making controversial jokes.

– the experience of uncomfortable or even tragic events.

You can make jokes about them, too, and even express sarcastic remarks, but only if you literally “feel” the moment.

6. Remember who’s around when you make jokes!

Who exactly he is talking to also plays a big role here. Note that Tony’s jokes among his closest people (Pepper, Happy, Rowdy… even Jarvis and Friday!) are subtler, more accurate, though he allows himself almost anything.

With the Avengers, his sarcasm is not as subtle, but more effective. Stark “punches” for sure, to make sure he gets it right.

But with journalists and other outsiders, he makes little or no effort. He just makes little comments. You and I can see that this is funny, but his audience – no. Tony just does not want to waste his energy and skills. And he is not too afraid to lose credibility in their eyes, or ruin their image.

7. Be confident: both in yourself and in your humor

And finally, Tony Stark is confident. The easiest and the hardest thing you need for great sarcasm. Frankly, not just sarcasm, but that’s what it’s about now.

Do you want your jokes to have the proper effect? Then you have to be as confident as possible in what you say and how you say it. Just look at the way Tony answers Cap.

Of course, you have to be at least a billionaire to reach that level of Zen. But a lower level is fine, too. You have to clearly understand who you are and where you are going, to be sure of your goals and words.

Or convincingly appear as such. Further films have shown that Tony is not so ironically confident, and it never stopped him from creating an image that just radiated strength and confidence. What’s stopping you?