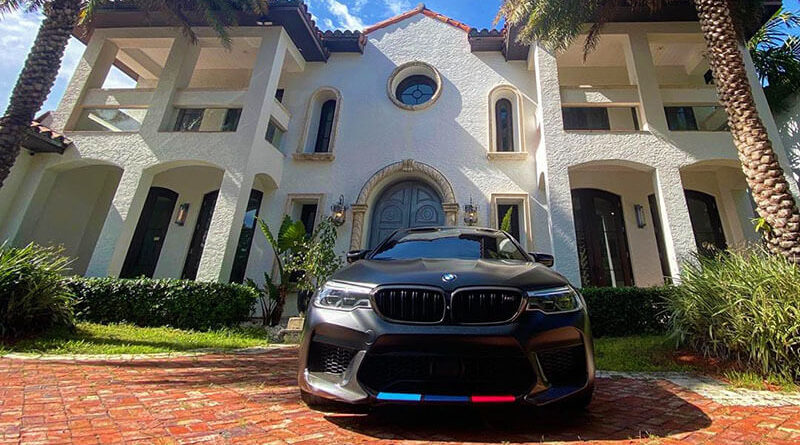 The ability to get along with people is a quality that every manager needs. It is much more important than any other. Most bosses sooner or later realize that a manager who knows how to work with people is just the right person to be promoted.

You can buy an employee’s time, you can buy their physical presence for a certain amount of time, you can even buy the number of professional muscle movements per hour. But you cannot buy enthusiasm, initiative, commitment of heart and soul. All these you must earn by becoming a good leader.

Moving people forward in the right direction is driven by understanding, respect, and recognition of personal merit. To do this you need to know some theses about the art of management:

Remember the names of your subordinates and more.

Don’t constantly remind your subordinates that you know best. Formulate your suggestions in a humble, everyday manner. This will suit your subordinate to a much greater extent, otherwise he would simply hate you.

Do not be too closely patronizing your people, trying to get into every nuance of their work – this will put an end to their initiative. It is enough to know the overall situation to be able to assess the difficulties of subordinates, to help them and encourage them. Make your employees feel that they also contribute to the big task, do not pester them with advice too often.

Learn to respond appropriately to the complaints of your subordinates, learn to listen to them. The fact is that people are never completely satisfied. Listening to complaints is part of the price you have to pay for leadership.

Be a leader for whom anything is possible – implementation of an idea, solution, suggestion proposed by a subordinate. Encourage initiative.

If there are problems in the work or working conditions, don’t run away from the problems. On the contrary, tell your subordinates that you are mindful of the problem and try to solve it.

You must always be honest and keep your word.

Subordinates should be consulted, consulted in making many decisions. That way they will feel that they are part of your team and influence its work. Work together – it gives a sense of teamwork, because one mind is good, but ten is better.

Explain to your subordinates the true state of affairs. People want to know what’s going on around them, and eventually they’re bound to learn something. Wouldn’t it be better for them to know the facts rather than a distorted version? A good manager should keep his subordinates fully informed about what’s going on in the company. Employees will certainly appreciate the openness of a boss who tells them everything.

If you are the manager of the company, it still does not give you the right to pressure your subordinates with your authority and spin them at will (ask them to make a copy, bring tea, etc.), it does not give you the privilege of violating the general rules of the organization. You should be an example of following all the rules – behavior, workplace organization, etc.

Always support your subordinates if they make a move, otherwise it would not be reasonable to expect good results from it. Lead, guide your subordinates, but don’t push. Give them help and inspiration. The supervisor should think of himself or herself as someone who has a responsibility to help other people perform better.

Use phrases like, “This is vital.” This is the most effective way to get your ideas accepted. By using such phrases, you will find that people listen more carefully to what you say, less likely to bristle. Push your point of view, but do it gently.

If someone did a good job, tell them so-and tell them loudly so everyone can hear. Give praise without a backward glance. You can be sure that the person will not take advantage of your praise. In fact, he will strive to do even better next time. But if you want to make a remark, you shouldn’t criticize your subordinate in public, it should be done in person and in private. Otherwise, you will humiliate him, and his colleagues will stop respecting him. He will become useless to you and to any other manager. He will hate you forever – and hate you for the cause.

Often subordinates misunderstand your tasks. Make them repeat the requirements in their own words, and then check again. Only then is there hope that everything will be done correctly.

“Our supervisor is a nice, friendly guy. He’s never a big shot. His door is always wide open. Any employee can drop in on him at any time – discuss problems, blow off steam, and even talk about his mean mother-in-law or a blister on his big toe.” That’s why he’s a good boss, and his department is breaking productivity records.

Don’t make threats when you can’t get results. Threats won’t do you or anyone else any good.

Even the President’s pencil has an eraser on the back. We all make mistakes. That’s why pencils have erasers in them. So don’t be afraid to admit your mistakes. Strange as it may seem, people gain respect for a person who is quick to admit mistakes. This is the trait of a great boss.

If you put a person in charge of a group of people, work through him, not around him. Don’t undermine his authority by giving direct instructions to his subordinates, or you will undermine discipline and morale very quickly.

Rest is not for him, no. He is too busy. What goes on at work when he’s not there? That’s what our supervisor thinks (and thinks wrong). The department should run like clockwork, even when the boss isn’t there. The manager must learn to delegate his authority to his subordinates. Then he will have enough time to go on vacation. In the meantime, his people will get proper training and gain experience.

Know how to hold your own. A few carelessly said unpleasant words can permanently destroy the relationship between people formed over the years.

Promote one person, and 20 others will be deeply disappointed. They’ll start asking, “What about me?” “Why wasn’t I appointed to that position?” “How is he better than me?” That’s human nature. It happens more often than you think. It breeds resentment and resentment. So you need to be sure that all applications have been reviewed fairly and the most suitable candidate has been chosen.

With bayonets drawn, following your commander under a hail of bullets and shrapnel is no joke, and soldiers rarely shirk their duty in combat. And it’s not that they are somehow particularly well paid. No, it’s army discipline. In the army, the commander sees to it that his soldiers’ shoes don’t rub on their feet, that they write letters home regularly. If they are in trouble, he sees it as his job to help them. The commander will sit down at the table only after making sure his men are properly fed. The commander must be first among his men in the line of fire. This is how respect and loyalty are earned. There is a very close and real understanding between officers and privates. That can be, and should be, in civilian life.

Don’t betray the company and the people you work with.