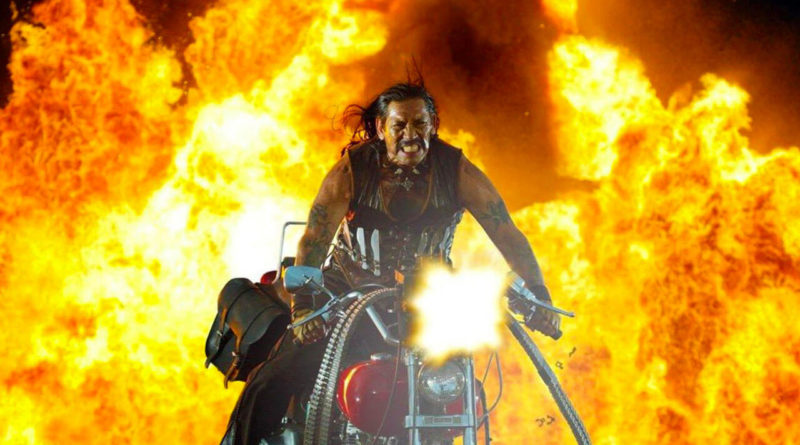 How do you become cool? Professional advice on how to properly present yourself and how to behave, so that love and respect for others around you wake up.

Who doesn’t want to be “cool”? No one would say no. However, research shows that there’s not much desire alone. To be really “cool” is not only the ability to dress flawlessly and turn a sharp word at the right time. It is a way of life.

For example, charismatic leaders manage to find their best qualities in people.

Psychologists say that charisma is of great importance to a leader or someone who strives for leadership. It gives an advantage over competitors, allowing you to attract and retain the most talented and productive people.

But is it possible to become “cool” by making an effort, or even to try for nothing?

It turns out that anything is possible. In a nutshell, the secret is, “Pretend until you succeed.”

Psychologist Olivia Cabain asserts in her book “The Myth of Charisma” that the attitude towards yourself can be conquered and improved:

If to characterize the behavior of a person who can be called “cool” in two words, these words would be “less fuss”.

In order to be “cool,” you don’t have to get out of your way. But, on the other hand, only by doing our best, we achieve success in life and in relationships with people. So what do we do?

“Cool”, no matter what they do, no matter how they demonstrate, “I’m so calm and calm because I don’t have to put a lot of effort to get what I want.

Olivia Cobain gives in her book an example of James Bond: he does not ask, smile, impatient or anxious. He always speaks slowly and calmly.

“Can you imagine James Bond fussing? Can you imagine him rubbing his clothes, spinning his head, twitching his shoulders? Mumbles or mumbles something inaudible? Of course not. Bond is the very calm, calm and focused.

This kind of body language in our minds is associated with high status and absolute certainty. Quality, which we sometimes call “equilibrium”, appears to be usually manifested in a minimum number of movements, which is limited to a person. Such people avoid unnecessary movements – they do not fix their clothes or hair unnecessarily, do not touch their face unnecessarily, do not nod too actively and do not pull “uh…” before starting to speak.

Do you want to know a trick that will allow you to quickly place people in your room? We have to imagine that you’ve already done that.

Yeah, we all like people who have confidence in themselves. Combine serenity with confidence and you get the basis for what’s perceived as “coolness”.

It is unlikely that anyone will be surprised that self-esteem, according to psychological research, was one of the main signs of sexuality. For men, in particular, excessive modesty can turn sideways:

“Modest men are less popular than modest women because they seem ‘too weak’ and not ambitious enough,” write American researchers.

3) To be cool, you have to know the rules – and break them

People who are considered cool by others are not always perfect. Their other trump card is resourcefulness. They know the rules very well, but deliberately break them when it may benefit their image.

As a result of one of psychological experiments, psychologists have come to the conclusion that one of the key components of “coolness” is disobedience. Why does this happen? Because the person who breaks the rules, looks strong, has power.

Am I not gesticulating too much? I don’t bite my lips? Maybe I nod too actively? Do I speak slowly enough?

If you keep it in your head all the time, you can go crazy.

As Cobain explains in his book, a man is unable to control every movement of his body. That’s impossible:

“Every minute our body sends out several hundred signals. The body language functions without our participation, showing others how we feel and what we think about what surrounds us.

So what can we do to seem calm? Very simply, we need to feel this coolness inside, and our body language will start to “broadcast” the appropriate signals:

“Just as the athletes during the competition “tune in”, you also need to tune in to the “wave” of the state that your body should show. The body will follow your thoughts.”

5) Being “cool” is not always appropriate

It can be good and nice, but not in all situations it is worth trying to be “cool”. There is no ideal behavior for all occasions.

On the one hand, keeping a distance can seem intriguing, on the other – sometimes showing interest in another person can be a much more effective tactic.

It is possible to gain popularity, being impudent and uncontrollable. But, strangely enough, sometimes exactly the same result can be achieved by demonstrating their vulnerability and vulnerability.

You can arouse interest, remaining calm and calm, but sometimes the same effect is achieved by passion and glitter in the eyes.

Now let’s summarize. So, in order to be “cool”, it’s necessary:

Now, try to put these tips into practice, just… don’t be too hard on yourself.