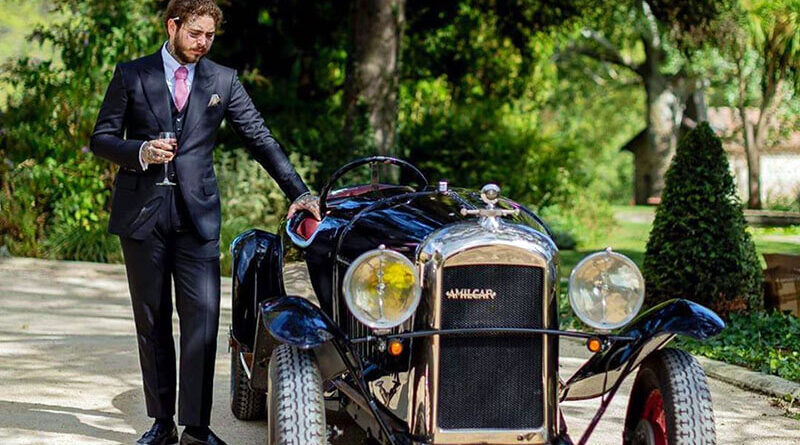 They say that comparison kills joy. Maybe in our world, where even millionaires do not consider themselves particularly rich, the recipe for the joy of life is to stop comparing yourself with others?

Imagine that your income is calculated in six figures, that you have your own house and another – free million dollars. Seems like life has worked out by all standards, doesn’t it? Are you rich?

Apparently not after all.

A recent survey of famous American investors conducted by UBS, a financial services firm around the world, showed that 70% of those who meet the above criteria do not consider themselves rich.

Only those whose assets are $5 million or more view their financial situation as sufficient to feel confident in the future.

Most others are afraid that any failure could have a major impact on the lifestyle they are used to.

How do rich people emphasize their belonging to the elite…

Billionaires are preparing for the apocalypse. Do they know something?

Wow! You suddenly have a million in your account?

What’s the best you can buy with money?

If even millionaires don’t think they’re rich, then what’s to say about you and me?

And if we do not feel our wealth, no matter how much we earn, is it even worth looking for?

Stop being a squirrel in a wheel.

Psychologists’ research over the past decades has already debunked the idea that money can buy us happiness for many years.

Moreover, in one such study, scientists concluded that those who won a large sum of money in the lottery in the end are not more satisfied with their lives than they were before winning.

As reported in February by the New York Times, special therapy for billionaires with personal problems is experiencing a boom in the United States.

“As people get richer, they feel more satisfied with life. But at some point that satisfaction stops growing,” stresses Yolanda Yetten, professor of social psychology at Queensland University of Australia and co-author of The Paradox of Wealth.

According to her, many of those who make millions are unable to stop being squirrels in the wheel, even if they realize that their satisfaction with life has long ceased to grow, because it is not they who control wealth, but wealth that drives them.

It’s not they who manage wealth, it’s wealth that drives them.

“The more money you have, the more you need – it’s like drug addiction,” says Yetten.

This is a situation well known to Pia Webb, who coaches top managers in Europe. Even in her home country, Sweden, where social democratic society strives for a fair work-home balance, many fall victim to this constant comparison of themselves with those who earn more.

Webb offers its customers to think about what kind of experience or things they personally need to feel satisfied with life – instead of constantly trying to catch up with someone or meet expectations.

“When it comes to wealth, many people think money is what counts. But you don’t need that much if you know how to get satisfaction from life here and now,” she says.

Pia Webb herself was once extremely concerned about such comparisons. But 10 years ago she had a nervous breakdown and since then she has decided to live enjoying simple and pleasant things – saunas, walks in the woods, meetings with friends and relatives.

Yolanda Yetten’s research shows that people living in poverty learn to find ways of improving their life satisfaction that do not depend on money or material goods.

For example, unlike those who are wealthy, they spend much more time with their families and are more likely to volunteer in their neighbourhood.

“Our well-being depends pretty much on a sense of connection with others,” she explains.

“In developing countries, a lot less money can make a big difference to lifestyle … at the same time, those who aren’t rich aren’t afraid to lose a lot,” she adds.

If there’s neither freedom nor democracy, if there’s no material wealth, people get used to finding pleasure in other things.

Carol Graham, a professor at the University of Maryland (USA), calls this paradox “the problem of a happy peasant and a poor millionaire”.

“In richer countries, life satisfaction is higher on average, but when you start to understand, it’s much more complicated,” she writes in a 2010 study. The paper notes that people in Afghanistan are just as satisfied with life as Hispanics.

“Living in a free and democratic country makes people happier. But if there’s neither freedom nor democracy, if there’s no material wealth, people get used to finding pleasure in other things while keeping their natural joy alive. On the other hand, you can have everything – and feel miserable”.

Of course, this does not lead to the conclusion that one should strive to live closer to the poverty line (note, in the latest UN World Happiness Report, rich countries occupy most of the high places in the ranking of the happiest).

But Carol Graham’s research suggests that rich people can learn from the poor how to respond to bad news about their income.

Yetten also stresses that poor people tend to stick together and help each other – and this is what the rich should learn.

Krishna Prasad Timilsina, Nepal’s mountain guide, talks about how, after a terrible earthquake in 2015, he began to notice the extraordinary resilience of his fellow countrymen.

About 8,000 people died in that disaster and thousands were left homeless. However, for many, it was an occasion to feel happiness and a real blessing – for they are still alive.

In this case people also compared their life situation – but not with someone more successful and wealthier, but with the situation of those who had lost everything.

Is it in our power to make ourselves happier?

The mysterious link between money and happiness.

And while Nepal’s tourism industry – one of the most important for the country’s economy – suffered the consequences of the tragedy, the country rose eight places in the World Happiness Index 2017 ranking to 99th of 155, ahead of South Africa, Egypt and even neighboring India with its yeast-growing economy.

However, Timilsina does not think that his compatriots are completely free from the “disease of comparisons”. “In the city, more educated people have more anxiety about life. My parents have no money at all, but they are much happier than me,” he laughs.

Other ways to spend money…

In many countries, those born at the beginning of the century are the first generation to earn less than their parents. It is more difficult for them to buy an apartment or house because of rising property prices.

“This means that this generation may have less of the negative features of the rich, such as selfishness, narcissism and the idea that everyone around you owes you,” says Yetten.

This generation may have less of the negative features of the rich, such as selfishness and narcissism.

There are also signs that well earning young professionals, instead of investing in stocks or real estate, choose to spend money on adventure and travel. (In the United States, the share of spending on this particular side of life has increased by 70% since 1987, according to figures from the U.S. Department of Commerce.)

American fashion photographer Eileen Cho, 25, who now lives in Paris, for example, grew up in the prestigious Seattle area. But for her, the idea of earning and saving money in order to, say, invest in something seems like a kind of prison.

Despite the fact that her parents offered her financial assistance in buying a house, she chose to live with her boyfriend in a rented apartment of 30 square meters.

“We pay €950 ($1,030) a month for rent, and we have enough left to go abroad once a month,” she explains. – It’s important for me to live a full life and be happy. Tomorrow I’m flying to Spain, and the next trip is to Marrakech.

Coach Pia Webb welcomes this attitude to life. Although he warns me: however these journeys and other adventures may become a new norm with which people will start to check their standards of living. And again, to compare, to envy, to be upset…

“But constant traveling can mean that you’re nowhere to be rooted or to have a great time with your family,” she warns.

“The best thing I would advise is to understand what is important to you as a person and learn to enjoy the smallest things in life, wherever you are.