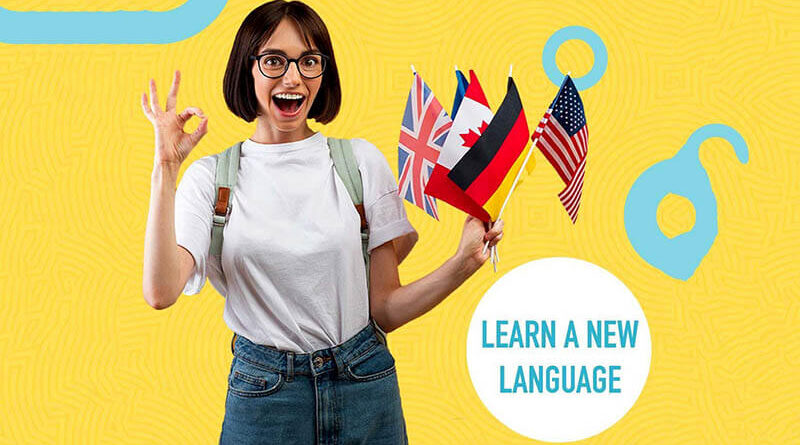 I’ve been working as an IT engineer for over 10 years, some of which have been on business trips (from a week to six months) and some of which have been permanent stays abroad. Besides, in outsourcing projects I have noticed everywhere how gaps in the active language prevented people from expressing their thoughts, advocating technically correct solutions, and understanding the customer.

This article is the thesis of my personal experience of applied foreign language learning:

English – after a 10-year hiatus from graduation in 6 months to being able to watch movies in the original and communicate with the customer. I spent about an hour a day plus one group class (60 min.) a week at an IT company.

Spanish – from zero in 4 months to being able to read adapted literature, understand songs by ear, and communicate with Spanish-speaking tourists. It also took me about an hour a day, but in this case one additional individual lesson (60 min) per week.

Danish – from scratch in 8 months to being able to make a doctor’s appointment by phone, talk to civil servants, read work letters or messages from kindergarten. I now spend about an hour a day and take one group class (120 minutes) a week.

These methods have helped me talk and hopefully will help you

Be clear about your purpose

Determine what you need spoken language for: meetings at work, business trips, relocation, participation in competitions, relationships with the opposite sex, etc. This will discourage unnecessary learning and limit the vocabulary you need. Agree, for short-term business trips you don’t need to memorize the whole system of tenses. And you’ll probably need to explain the route to the cab driver or ask about paying with a credit card.

On a personal note

I studied Spanish with the clear goal of going on vacation and communicating with the locals. Nothing else. I learn Danish because I live and work among Danes. Different goals mean different scopes and strictness to myself accordingly.

In the case of Spanish, I didn’t need to take tests and exams. I allowed that I could make grammatical mistakes, that my dialogues would involve numbers (prices, house numbers, dates) and that I would probably need to learn words to change money, ask for directions, thank for food, ask for water. I had no clear deadlines or limits – learning was positioned as a hobby.

Taking up Danish, I set a goal (it was not a requirement of the firm or society) to start speaking to my colleagues in a year at the most. There was a clear deadline (12 months) and workload (oral dialogues in the office).

Learn verbs, they carry the most meaning. You will be more easily understood.

Learn the most used verbs. Statistically these are the shortest words (will be memorized quickly), and they will flash everywhere (will be constantly in the active vocabulary).

Learn the three forms of the most used verbs at once. It’s painful, but necessary. And fast, because there are few of them: the most used are about fifty, the irregular 20%.

When I was working with my foreign colleagues for a week I wrote down all the verbs I used in the office and marked the most used among them. I accumulated about 30: deploy, approve, merge, reject, assign, apply, add, etc. I translated and began using short simple sentences in chats, in oral dialogues.

Letters from the government are much easier to decipher by verbs. What they want from you: to pay, to forward, to reply, to fill out. By verbs I form the backbone of the letter, then check myself with a translator, then build up the meaning with nouns.

Use new words at least 5 times during the week (immediately after familiarization, in an hour, in a day, in a week). In this way you will engage different kinds of memory.

Use new words in different forms of speech and situations (think of a sentence, talk to a salesperson, write in a work letter, find a word in the newspaper/article). This is how you engage different kinds of memory, but different ones.

Translate words into all languages of your vocabulary (even from English you can translate them into Russian and Ukrainian). This will add one more associative valence.

On a personal example

I often start a dialog just to use a word in the context of applied communication, not for the sake of the dialog itself: I ask a store employee where to find a product (even if I know the answer), or write a work question to a colleague, using a memorized word. This is how I use a word in a phrase, in a whole sentence. And for me personally, a living situation serves as an anchor to memorization. Even after a long time I remember situations, expressions, in which I used the word. And even better, if I used it incorrectly and I was corrected.

Come to meetings and calls with the customer in advance. Often you can take time out there to practice your informal vocabulary – talk about hobbies and the weather.

The Innovative Language platform has helped me with conversations. There are lots of languages, really applied dialogues, and a handy mobile app.

I’ve tried memorizing by repeating out loud, self-repeating in headphones, copying in line several times (there were piles of notebooks at school) – the strongest memory for me was associative. And the more valent association, the more reliable.

On a personal example.

“ZAMURED IN THE WALL” (Spanish).

“Onions – LØG husk” (Danish, here for memorizing the spelling, since it reads “lee”).

I usually make it up on the fly. If you need to write it down, try the Quizlet app. You can make your own sets of cards there or use ready-made ones for free. I used it when I was memorizing the verbs for IT I wrote about above.

The more unusual the association, the better it is remembered: Azul, blue in Spanish, I remembered through the consonance with Ozil (Mesut Ozil of Real Madrid FC).

It also helps me to compare words with synonyms in a foreign language. This task requires the right mood to go into linguistic explanations, but the words are thoroughly memorized and easily retrieved from memory in active speech.

If you run out of incentive, try combining learning with a hobby (or a simple pastime). Your favorite TV series, music, YouTube street prank videos, anime – anything that is sure to make you spend 10 minutes surrounded by the language and at the same time enjoyable.

The cartoon “Three from Prostokvashino” in Spanish has always helped me in learning Spanish. Gato Morinero (Matroskin the Cat in Spanish) is a very funny and associative character. I watched the cartoon many times and got a lot out of it alone.

I used to practice my English before traveling on business, leaving the content I was interested in in the background without trying to understand every word. It was important for me to hear the speech in order to get used to it.

First, avoid verbatim translation of your rich native language with adjectives, idioms, participles and other “gilding.” All languages are redundant, you will probably be understood even with an incomplete dictionary.

Start speaking using only the three Simple Tense tenses. In most cases, especially at first, this is enough.

Simultaneously simplify your speech in your native language – try to use as few words as possible.

A joke instead of a personal example

In English courses we discuss the difference between the words “walk” and “stroll”, although we all say: “I have to go for a walk.

Prepare for the dialogue in advance

Before starting a dialogue, go over in your mind all the words you know in the foreign language that apply to that context, and figure out what you can express with them.

In the morning I need to talk to a native speaker about a work issue. The evening before, I roughly scrolled in my memory what words I have in reserve to:

articulate my problem (need a new environment for developers);

understand the manager’s answer (roughly estimating the words he can use to answer);

Then wrote out the missing words. The morning before the meeting I repeated them, and during the meeting I used them. After that I wrote a letter with the results and sent it to the manager. A few hours after the visit, during lunch, I told my colleagues.

When you decide in advance to use a new word, you can use it at least 5 times in this chain within 1-2 days.

Talk about your training

If your social circle knows about your endeavor, it will be harder for you to let your progress slide. And if you have a native speaker among your friends you can ask for a feedback, motivating your desire to improve your language.

Using your own example

Both working remotely with the English-speaking managers (correspondence) and being on business trips (formal verbal communication in the office and informal outside), I always asked for a feedback in the language area: whether I frequently misunderstood, frequently understood, but it cut a chord. First of all, no one has ever said no. Secondly, they always tried to add little “buts” in the review, which you probably will not find in textbooks and which you will not pay attention to yourself.

You need a small vocabulary to start communicating. It will naturally be supplemented with the words you really need as you communicate.