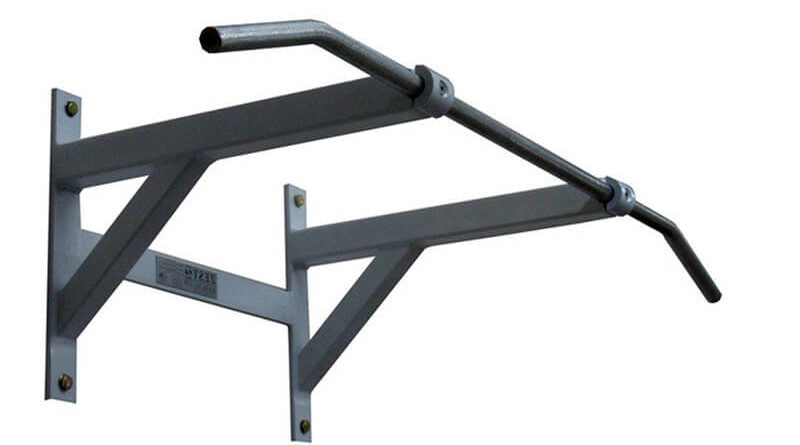 Why I can’t do pull-ups

What muscles are involved during pull-ups

The correct technique for doing pull-ups

Exercises that will help you learn how to do pull-ups

Pulling Up with a Partner

Fitness and bodybuilding experts consider pull-ups on the bar to be the best exercise for pumping the upper back muscles. Some personal trainers argue that you can’t build a broad back at all without pull-ups. They are partly right.

Ever since high school, pull-ups have been an unpleasant memory for most men. Most guys who didn’t know how to do pull-ups in school won’t perform a single repetition in adulthood either. Let’s figure out how to learn how to pull up on the chinning bar and why most men have problems with this exercise.

Why you can’t do pull-ups

Overweight. The more weight an athlete has, the more effort he has to expend to do a pull-up. If your own weight is significantly higher than the norm, you’ll have to forget about the bar until you lose weight.

Weak heart. Some guys in the performance of exercises darkens in the eyes and begins to feel dizzy. The matter is in the poorly developed cardiovascular system, the heart simply does not have time to pump blood, so that the body lacks oxygen. In this case, you need to train your heart with cardio loads (running, biking, elliptical trainer, rowing and so on) and only then learn to pull up.

Poorly developed muscles and ligaments. A person who is not engaged in sports and does not work physically often has weak ligaments and muscles that do not allow him to perform at least one repetition.

Poorly developed supporting muscles. There are many muscles involved in doing pull-ups on the crossbar, and if some of them are weak, you will not be able to “beat” the crossbar.

Incorrect technique in performing the movement. People far from sports, fitness in particular, try to pull up with jerks and body swings. Performing the exercise in this style, the back does not pump up, you can only hurt yourself and forget about training for a long time.

Inconsistency of the muscles and the central nervous system. To eliminate the problem, it is necessary to hang on the chinning bar as often as possible trying to “overcome” the bar.

What muscles are involved during pull-ups

There are many options for doing pull-ups. We will consider pull-ups with a straight grip, slightly wider than the shoulders. This is the best way for beginners to do pull-ups (more on technique below). The broadest muscles of the back (the so-called “wings”) take up most of the load. This is especially true if you pull up with a wide grip. In addition to the broadest muscles in the movement participate all the muscles of the back located above (serratus, round, iliac, trapezius).

Now we are done with the back, and now let’s move on to the arms. Biceps is the second most important muscle group for a correct performance of pull-ups (biceps are most of all involved in the exercise in reverse grip). Shoulders are involved only if pulling up behind head with wide grip. Forearms help to hang on the bar (if there are problems with the grip, then use the straps).

The correct technique of doing pull-ups

A couple of words about the technique have already been said, now we need to break it down in small details. Let us repeat once again, the beginner should pull up with straight grip slightly wider than shoulders (about the width of the palms).

The positive phase of the movement should be “explosive” (pull up as fast as possible). In the upper point, the chin should be above the bar. The negative phase (lowering phase) should last twice as long as the positive phase. No relaxation is allowed when lowering to the starting position. Elbows must be straightened at the bottom point. No jerks and swaying are out of the question.

The above described technique will save you from injury and allow you to pump well the target muscles.

Exercises that will help you learn to pull up

Let’s review the basic movements that help you learn how to pull up. The exercises will work for people who can’t perform even one repetition.

You have to climb the bar as if you had already done the repetition. It will not be easy to get to the starting position, you can use a chair or do the exercise on a low bar. You can also try to jump in.

The essence of the movement is to slowly lower to the position in which the arms become straight at the elbow joint.

The number of approaches and reps are chosen individually. If you cannot use the services of such a coach, make 3-4 approaches, and try to do as many reps as possible.

Doing pull-ups with a partner

This is how their fathers or older brothers teach their children to do pull-ups. Adults should not disdain this exercise, it is considered one of the most effective. The main thing is not to rely on a partner, but to try to pull up as hard as you can, only then will be the result.

Do the exercise as long as you are able to make significant efforts. If it is difficult for your partner to lift you, then you must finish the exercise.

Pull-ups part of the amplitude

This variant of training is ideal for people without a partner or trainer. Its essence is to perform pull-ups with partial amplitude.

Take a chair or other object from which you can reach the chinning bar. Jump up so that you can hang onto the bar with your arms bent at right angles. Try to complete the pull-up with your arm strength.

The first repetitions you may not succeed – try to stay in the hanging position with arms bent at the elbows for as long as possible. Try to pull up as high as possible. If your arms stop bending at the elbows, then you need to finish the training.

Pull-ups in a gravitron or with a harness

This option has one disadvantage, which is that it is not easy to find such a simulator.

Pull-ups are performed in the traditional manner. The knees are on a special stand that pushes you up, helping you to perform the repetition. The degree of assistance is adjustable. If you easily perform 12 reps with minimal resistance, then it’s time to move on to a regular bar.

If your training is not in a fitness room, but for example outdoors or at home on the bar, then you have to use a rubber band that will imitate a trainer. You can buy such a tourniquet in a drugstore, it costs a penny. It is desirable to buy several tourniquets with different degrees of resistance, so that you can change them as your training level increases.

The main advantage of this exercise is its simplicity. Even a complete beginner can do Australian pull-ups.

It is necessary to find a low bar, which can be found at any site. The starting position is as follows – the grip is straight, slightly wider than the shoulders, the feet are on the ground and do not take part in the movement. Performing the movement, try to bring the shoulder blades together as strongly as possible at the moment of touching the bar with the chest.

The block can be pulled to the chest or behind the head. Both variants are good in their own way, let’s analyze them in detail.

When performing the upper block pull to the chest it is important to follow the correct technique. The body is fixed in almost perpendicular position relative to the floor, you should not allow swinging and jerking. In the upper point you must stretch the broadest muscles of the back as much as possible, straightening the elbows and separating the shoulder blades. In the low point the shoulder blades are completely closed.

Technique of the upper side pulling behind head is similar to the first variant. Body is perpendicular to the floor. Arms are still straightened in the upper point, so that the latitudes are well stretched. In the lower point, touch the trapezius muscles and bring the shoulder blades together as much as possible. Exercise must be performed only with good flexibility of shoulder joints, otherwise the chance of injury is too high.

It is not necessary to chase weights to the detriment of the technique. Increase the weight in the simulator gradually.

Learning to do pull-ups is not easy, but it is possible. If you have the opportunity to study with a trainer, then use it. It will not be easy, but if you try, then in a few weeks you will finally reach the chin up to the bar. Follow technique, take care of nutrition, and don’t force things. A man who uses the tips he learned today is destined for success.