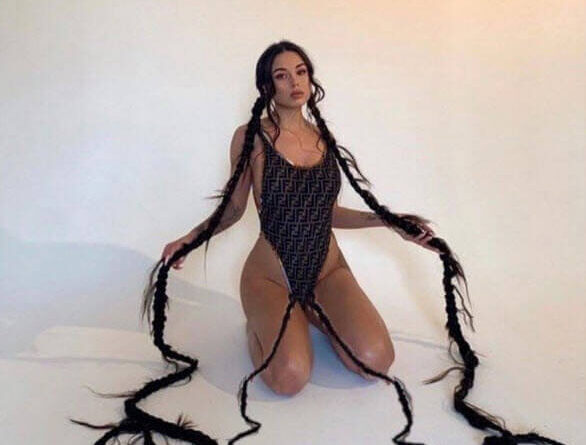 April 1st is World Laughter Day. This day is not included in any calendars of significant dates and national holidays, but it can well be attributed to the international, as it is celebrated with equal success in Ukraine, Russia, Germany, England, France, Scandinavia, and even in the East.

Laughter Day” is celebrated differently in different countries of the world. In the USA, the first April joke is the message “Your shoelaces are untied!”. It’s kind of like “white back”. Also, on April 1, very popular are jokes like translating watches, sending fake letters, imitating a car stolen…

In Britain, the traditional lanyard prank has also been a first April hit for a long time. However, the British are more merciful to their gullible fellow citizens: for some reason there is a tradition of stopping pranks in the afternoon because then it would be a bad sign.

But in Scotland, “Fool’s Day” is celebrated for two whole days. Anyone who gives in to an April 1st prank is called a “prank”. April 2 is called “Day of Tail” and is dedicated to the back of the human body. One of the most common jokes on this day is to put a special rubber bag on your neighbour’s chair, from which when pressed you hear absolutely indecent sounds.

In Germany and Austria, April 1 was considered an unlucky day, so all work stopped, new cases did not start, cattle from the stall did not let out, but joked at each other, giving obviously impossible tasks, for example, to go to the pharmacy and buy mosquito fat.

In the United States, a favorite April 1st joke is “Your shoelaces are untied!” It’s kind of like “white back”.

If you have a desire to play a prank on April 1, or, on the contrary, do not get caught in the pranks of your friends, you should thoroughly prepare for tomorrow.

We offer you the variants of lotteries, which tomorrow can be arranged for friends, or which you should be afraid of.

Prank with a box

Prank is likely to work for the students. In the classroom, where the lecture will now be held, put a small box on a high (above human height) place, for example, on a closet. The box should have an opening top and should not have a bottom. Stick a bright, visible inscription on the outside – e.g. SEX, PRESERVATIVES and fill the box with confetti. The teacher enters the audience, sees the box with the defiant name and does what? Of course, he takes it off the closet. And the box has no bottom. The result is clear. By the way, you can do that in the dormitory, too.

The next one will be great for the students. Water is poured into the pot, closed from above with a sheet of paper, turned upside down, placed on a flat floor or even better a table, the paper is pulled out. Water does not flow out. The victim sees the ownerless (interfering) pan and lifts it with a clear result. Alternatively, a glass jar of 3-5 litres is taken instead of a pot and placed where it would prevent the potential victim from seeing the water and simply having to break his or her head about how to deal with the smallest of the victims.

And again, a student prank. On your computer, make a beautifully designed restaurant menu with all sorts of fancy dishes, from lobsters in a batter to… Shortly before the big change, replace your school or institute dining room menu with the menu you have prepared.

With a piece of paper…

“In the student dormitory, a sheet of newspaper is placed under the sheet for a neighbor or a close person at home. The victim lies down on the bed and hears a slight rustle. The prank is harmless, but it is interesting to observe the process of human awareness of the problem and ways to solve it”.

Tomorrow office workers can have fun. In an institution with many visitors, you can place a sign indicating the toilet on the door of a completely different room. It is advisable that workers in this room go outside as rarely as possible – so the longer your sign will hang out, and the longer workers will watch people running fast, stumbling and running away.

Especially if you place a pointer to the women’s restroom. You can make a few arrows of signposts so that people will find their way to the pseudo-toilet. You can use the inscription “buffet” instead of “toilet” – workers will have to explain many times that it is not a buffet, but for example, accounting.

A draw with threads

If in the room of your colleague or neighbor in the dormitory the door opens to the outside, then such a joke is possible. You need to connect all possible items: books, handles, light furniture, etc. with threads with the door handle. The “victim” opens the door, and all items leave their seats. Complete defeat. The only difficulty is getting out of the room by hooking threads to the handle and not disturbing objects.

If you are not afraid of the consequences, you can play a practical joke on your employees. It is necessary to have Windows 9x on your computer. Wait until the victim working at the computer, goes away somewhere for a minute or more. Quickly run up to the computer, press Ctrl+Esc, Esc, Alt+”-” (ie, press Alt and key -), Alt+F4. As a result, the “Start” button disappears. It appears only after rebooting Windows. How the computer user will reboot depends on his level of knowledge. But the result is quite interesting, especially if the victim is not familiar with computers.

The essence of the competition is to swapping the same nightstands of employees (or drawers in the nightstand) unnoticeably. Then you can have fun watching how, when you open the drawer, a person is surprised to see other people’s things there.

You can stick a sticker with a funny name on the car license plate of a colleague (or boss). For example, “Drunk Guests”, “Newlyweds”, “Groom”, “Bride”. You can also stick a “U” on your windshield, or a shoe.

“A simple salt cellar is taken. Pour out the salt and pour out the fine sugar. If you cook unsalted potatoes, say, and say that they forgot to salt, and that the victim himself salted: … Observe the victim’s reaction…”

A message is sent to a pager or mobile phone: “Now I’m tamagotchi! Feed me!”

The joke’s on the bus

To make fun of the neighbors, you can take a table, stool, bring it to the freight elevator (if available), cover with a tablecloth, put a cup of tea or coffee, a vase of flowers, sit a man in a robe with a newspaper at the table. The resident calls the elevator. The doors open and he hears, “How dare you break into my apartment, who gave you that right and so on…”

Have a good mood!