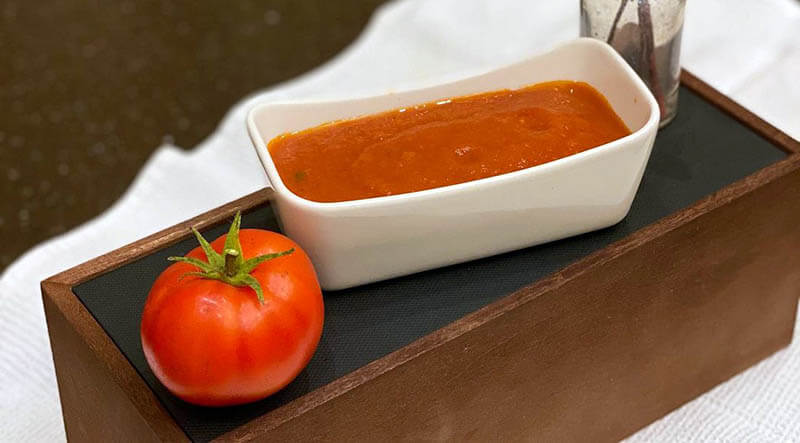 Ketchup is one of the most popular sauces in the world. It goes equally well with meat and vegetable dishes. Can I make delicious ketchup at home?

Strange as it may seem, the homeland of ketchup is considered to be China. Originally, there were no tomatoes in this sauce at all. The main role was played by nuts, fish, beans and garlic. Later, the sauce made its way to Europe, where tomatoes were first added. Modern ketchup came to the United States. Americans have completely rethought the technology of cooking this sauce and on the basis of tomato paste created a new product that many people liked.

Why make ketchup at home

The composition of supermarket ketchup is rarely natural. As a rule, it contains thickeners, flavor enhancers, stabilizers and flavorings. Can ketchup be healthy? Yes, if you make it at home. That way you can be sure that there is nothing extra in the sauce. You are responsible for the composition of your own ketchup, so you will not doubt its naturalness. In addition, you can adjust the sharpness and sweetness to your taste. Making homemade ketchup does not require much effort or time. You will need available ingredients and simple household appliances. In other words, making ketchup at home is quite easy.

Ketchup is not only tasty, but also healthy product, especially if you made it with your own hands, rather than bought in the supermarket. For example, this sauce reduces the risk of prostate cancer, improves eyesight and helps to lower cholesterol. By the way, if we compare ketchup and mayonnaise, we must say that the first version is much healthier, because it has no fat and about half as many calories.

How to cook homemade ketchup

Rinse and mince the tomatoes through a meat grinder.

Peel and chop the apples and onion. Then finely mince and blend with a blender.

All kinds of vegetable puree combine in one saucepan and put on the fire. Boil the mass until it thickens. Constantly stir it to avoid burning. The cooking time depends on the type of vegetables.

Whisk the masa with a blender. Add salt and sugar and simmer for another 20 to 30 minutes until it is thick enough. Then add peppers and cook for 2-4 minutes more.

Pour the ketchup into pre-sterilized jars and leave to cool overnight. After that it is better to put them in a cool place.