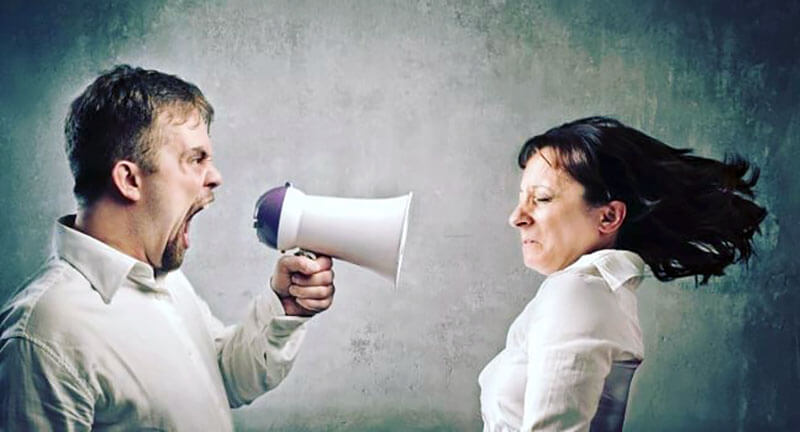 Insults are not uncommon in everyday life. Insults can occur to people you know or close to you, as well as strangers. But how do you react to insults correctly? It all depends on the situation and the behavior of the insulter. The details are later in the text.

Why do people insult?

Why do people insult each other, in general? Reasons can be different, like this:

Arrogance. There are people who are confident in their superiority and consider everyone else second-rate or unworthy.

Bad moods. A person who is in a bad mood may seek to shift anger at someone else and spoil the mood around them.

Inexperience, low culture. An offender may simply not know how to behave, which should not be allowed to communicate.

It’s a provocation. The offender is probably simply trying to provoke you, for example, to evoke emotions, to expose you to a negative light in front of your family or boss, to tarnish your reputation, or simply to hurt you (in return or just for fun).

Reaction to an offense. You may have intentionally or unintentionally hurt someone and they may have started to openly insult you out of emotion or revenge.

Is it worth insulting you in return?

Many people respond to insults with the same coin and use words that are likely to hurt the offender. But it’s not worth doing. First, you’re being primitive and uneducated. And although you may not care what they think of you, still in some situations, insults on your part may change the opinion of close and important people (relatives, bosses, friends, the second half).

Secondly, by insulting (even in return) a loved one, you risk hurting him and hurting him so much that he will consider you an enemy and will not want to communicate further. It is foolish to lose touch with family and friends because of rude words.

Third, if you decide to insult strangers, you can not predict how they will respond to the rudeness and aggression against you. Yes, the offender may well shut up and retaliate. But there is no guarantee that you have not encountered an unbalanced and passionate person, including those who have problems with the law. There is a possibility of injury or even death if your opponent uses brute force, let alone weapons.

Some insults are hurt and angry so much that anger and aggression force the use of physical force. And it is also categorically impossible to do so. First of all, you’re not going to use your energy at all for the right thing. Secondly, you risk getting seriously injured if the abuser is stronger and more experienced. Thirdly, a victim of physical abuse may go to the police or court, which will lead to completely unnecessary and extremely negative consequences – deprivation of liberty or compensation for health injuries.

How to react to insults

What is the best way to respond to insults? There are many ways, and here are the most successful:

Ignoring. It can make the abuser cool down and stop the insults, but sometimes, on the contrary, it encourages and forces him to look for new rude and even more offensive words. And it’s important to stick to the position of ignoring to the end.

Verbalization of feelings. Voice emotions, and not only your own, but also experienced by the offender. For example, you can say that you understand that the opponent is upset or outraged. Also say that you are extremely unpleasant and offended to hear rudeness in your address. This technique usually reduces the pressure and fervor of the offender.

Finding out why you are being rude. Try asking why the abuser is insulting you, the purpose for which he is doing it, and whether he really thinks this is the way he is analyzing his words. It is more likely that the abuser will stop, think, and reduce pressure. But these tactics only work with people you know and love.

Use a sense of humor. Try to joke, but not rudely, but intellectually and kindly (black humor and sarcasm can aggravate the conflict).

Connect the fantasy. To avoid your own aggression and not to lose your temper, you can imagine the offender in a ridiculous situation, for example, with a pot on his head or in the mud. This will make you smile or laugh, but laughter can make the abuser even angrier. Another trick is creating an imaginary wall between you and your opponent.

Reverse reaction. The offender waits for resentment and he will be beaten out by your joy, positive mood, positive emotions go desire to show feelings or good attitude. In the end, the conflict can go away.

Invite the offender to answer for the words, for example, to prove them or give examples. Absence of arguments may make the offender think or be silent at all.

Finding solutions. For example, you could ask the abuser what he or she can offer, how he or she sees a way out of the situation, and how you should behave in his or her opinion. Such questions can confuse or translate the abuse into conversation.

A call to conscience. Ask the abuser how he would behave if he heard such nasty things about himself. If the person is judicious and responsible, he is likely to think about it and stop. But the method does not work on unscrupulous and arrogant people.

That’s the original answer. It can be invented in advance (universal or intended for a particular person), and it can be a phrase like “I hope that after the rudeness you will feel better” or “How skillfully you insult, probably this is your talent.

How do you behave in certain situations and respond to the insults of different people? Let’s consider a few individual cases:

With a relative. First assess the situation and try to find out the reasons for the aggression. Offer the offender a quiet conversation or a little later when the emotions have subsided. Let him or her know that you are in pain and hate to hear rudeness. If the abuse continues, it makes sense to reduce communication with that relative.

With the person you love. Answering rudely to your spouse, your beloved girl or boyfriend is definitely not worth it. And sometimes the other half is enough just to listen and hug.

With strangers should be kept as calm and neutral as possible. If the offender is intrusive, try to get away from him quickly or ask for help from others.

With a colleague. It is not a good idea to find out about relationships and to be aggressive in the workplace. Postpone the conversation for the evening: in this case, the fervor may calm down and the situation will resolve itself. Conflicts at work will show your worst qualities to other employees and supervisors.

With your boss. Yes, the management can switch to a personality and behave aggressively and frivolously with subordinates. The same is not true, especially if you value your position and reputation. But you do not need to tolerate outright bullying either: say calmly and clearly that you do not deserve insults, and if they are repeated, either go to the labor inspectorate (or court), or start looking for another job.

Learn to stay cool, calm and self-possessed. This will help you not to be stressed and not be influenced by others.

Practise yourself. This advice is relevant for those who experience insults in their daily lives often (for example, because of their occupation).

Understand that in most cases the problem is not you, but the abuser. Try to understand and feel for him. It is probably a deeply unhappy person.

Don’t let the abuser poison your life and ruin your mood. Always stay on top of it and think positively!