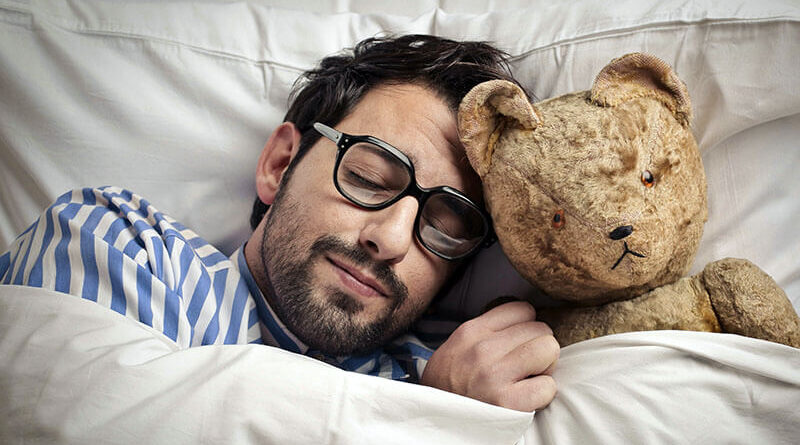 Healthy sleep is the basis of well-being, a positive mood, productivity and a long life. We all know that. But we continue not to get enough sleep, devoting too little time and attention to sleep in the frantic rhythm of life. It’s time to change it! Here is a detailed sleep guide. Take on the advice of experts.

If you think everyone’s in bad shape right now, you’re not wrong. Experts from the World Health Organization confirmed: in many countries there is a real “epidemic” of malnutrition. On average 40% of people in industrialized countries suffer from the fact that they cannot sleep. They sleep about 6 hours a day, which of course is not enough. Neurobiologists believe that sleeping less than 7 hours a day is dangerous for health.

What is the danger of underfilling

In his book “Why We Sleep” Matthew Walker, a scientist at the University of California writes: lack of sleep threatens to fall immunity, spike blood sugar levels, clogged arteries. This can lead to cancer, Alzheimer’s, diabetes, vascular and heart disease, and other serious illnesses. There is bad sleep and obesity: Greenland, the hormone of hunger, is produced in large quantities, saturation does not come on time and a person overeats.

Due to lack of sleep, sexual desire disappears, which has a devastating effect on intimacy. The amount of testosterone falls, and cortisol, the stress hormone, is only growing. For men, it can lead to erectile dysfunction.

What’s more dangerous about a broken regimen is all kinds of mental disorders. Researchers from the National Institute of Health of the United States have proven that because of every hour of sleep deprivation people are 38% more likely to feel alone and sad. As a result, prolonged moping can lead to depression. Experts attribute the increasing number of suicides, drug and alcohol abuse among youth to this.

And finally, the world economy. Lower employee efficiency and the resulting production errors result in a loss of $411 billion a year.

Sleep processes in the body are regulated by several mechanisms. First of all, these are biological clocks – circadian rhythms. It’s tuned by the suprachiasmatic core of the brain. The eyes respond to the light and send a signal to the brain that it’s dark. Then the body realizes that it needs to reduce activity and prepare for rest.

The pineal body in the occipital part of the brain starts to produce melatonin. It’s this hormone that “tells” the body cells that it’s bedtime. The importance of the hormone is not only that, it also slows down the aging of the body. Its production peaks at 2300-0200 hours. At this time of day it is important to be in a state of sleep, so as not to disturb the natural processes of cell renewal. Sleeping is desirable in total darkness, light from a lamp or gadget confuses the pineal body and disrupts melatonin production.

Just in case the body has another “sleep controller” – nucleoside. This substance accumulates in the body while we stay awake. At around 14 hours of waking, it’s enough to make us really sleepy. When this coincides with the active production of melatonin, it is just the perfect moment to go to bed and get some sleep.

When it comes to sleeping in the daytime, it is really useful. If you haven’t slept at all, you’ll feel better after a short rest. The key word here is “short”. Experts do not recommend sleeping longer than 40 minutes during the day.

How is the regime broken

Of all mammals, only humans deliberately disrupt their biological rhythms. Apart from the bright lights at night, coffee remains the most popular way to do this. Scientists are still discussing the benefits and harms of caffeine, but the fact is undeniable: it can affect the nervous, respiratory and cardiovascular systems.

Caffeine blocks the transmission of signals from the brain to other organs and “persuades” the body that it is worth continuing to be active. Abuse of the drink leads to serious sleep disorders. And its action lasts long enough, soaking up at 7 pm a cup of coffee is likely to keep you awake until 1 am. And with increased excitability of the nervous system – and until morning. Contains an invigorating substance not only directly in the coffee, but also in a number of other products, so an incorrect dinner may well cause insomnia.

It also prevents alcohol from sleeping. Absorbing brain impulses, it disrupts circadian rhythms and does not allow you to plunge into a phase of rapid sleep. And fast sleep is very important for the health of the brain, because it is in this phase, he processes all the information received during the day: something remembers, something gets rid of. Rapid sleep disturbances harm memory, and restless sleep after an extra glass of alcohol does not bring vivacity.

We learn to get some sleep

Nothing new has been added to the main recommendations of specialists yet. For a good sleep, you should lie down at the same time (ideally before midnight); sleep in silence, in a dark, well ventilated room (ideal air temperature – +18-21 °); do not eat for two hours before bed, do not drink invigorating drinks, not too lingering at the monitor.

It would seem that everything is simple. But for the majority of city residents compliance with such recommendations is quite difficult. One habit of having a late dinner or working at a computer for a long time is enough to bring down biorhythms. However, doctors advise not to give up, because to adjust the internal clock is quite capable of all.

First of all, you need to start with a diet, they say. British experts have confirmed that regular meals help to adjust the mechanisms of sleep and waking. Eating always at certain hours, really quickly get used to falling asleep on schedule, even with frequent changes of time zones.

Good sex in the evening will also set you to sleep. Because during an orgasm, oxytocin is produced, which relaxes the brain.

That it is necessary to sleep 8 hours a day, it is clear, but how it is better to do it: at one time or in several approaches with intervals? There are many fans of the theory that a few short periods of sleep (20-120 minutes) per day is much more effective than one full night’s rest. Some people have more time for such a schedule, and some simply do not like to spend a third of the day in their sleep. Options, how much in total in this case you need to sleep, a lot. Figures from 2 to 6 sound, but most often fans of such a dream prefer 5-6 hours of rest, as they are easy to achieve short periods, and the person feels quite rested.

Scientists still agree that 8 is the norm. Yes, there are people who have enough 5, but this is rather an exception to the rule. Most people need between 7 and 9 hours to feel alive and stay healthy.

If a person’s sleep is initially more comfortable, it might not be the worst idea. But most often it takes a long period of getting used to this schedule, which is accompanied by constant fatigue and stress. So switching to it is not very justified. Do not forget that melatonin is produced at a certain time of night, without enough of its sleep will still not be so strong.

Supplements and drugs: Is there any benefit?

Vitamins and supplements can have a positive effect on the quality of sleep, but it is important to select them correctly, in consultation with a specialist. The first thing that comes to mind, of course, quite banal motherwort tincture. In this case, it is really able to calm the nervous system. Additives based on magnesium also have this effect. Melatonin can also be taken additionally. Although doubters do not think it is reasonable. The human body already produces enough melatonin, if you go to sleep in the right phase. Therefore, the hormone in the form of an additive is necessary for those who often encounter jetlag rather than for people who have the opportunity to lie down regularly at the same time.

As for sleeping pills, they are taken on average by 10% of the adult population. Often they start drinking even without consulting a doctor, which is very risky, according to experts from the U.S. Sleep Center. Studies have shown that taking more than 18 pills a year increases the risk of cancer and premature death. Not to mention cases of overdose with sleeping pills, they cause thousands of fatal outcomes annually.

As medics say, sleeping pills are the therapy of desperation. It does not regulate the phases of sleep, but only gives a respite from severe insomnia until its causes are established and the doctor prescribes a comprehensive therapy. His attempts to prescribe pills in lieu of examination speak of incompetence.

Insomnia can be caused by a variety of factors, stress is the most common. Often it passes itself, but if this condition lasts more than three nights in a row, it is worth taking action. However, instead of pills, doctors recommend starting with the elimination of stimuli, relaxation, establishment of a clear diet and compliance with all the above recommendations on sleep hygiene. If this does not help, it is necessary to go to a consultation with a neurologist or doubter.

We think you have already understood why sleep is so important and that the desire to extend an active day at the expense of it is not a good reason to put your health at risk.