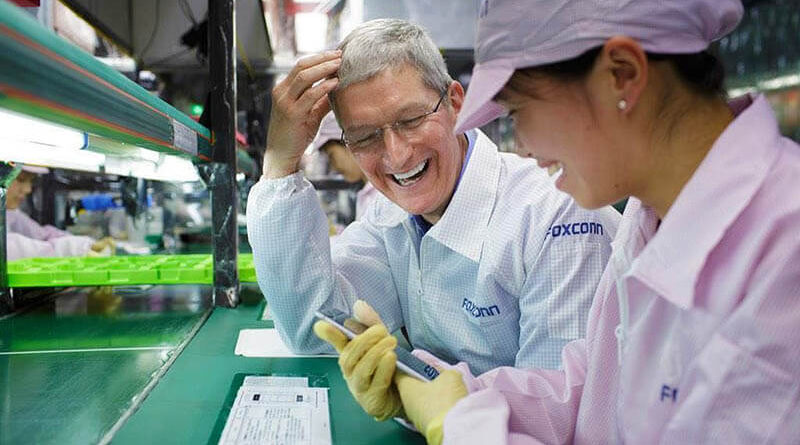 Protests broke out at an iPhone factory in the Indian village of Narsapur. About 2,000 workers destroyed the Wistron factory because they paid part-time salaries. According to The Times of India, most workers staged protests after their night shift and smashed part of the factory’s facade, managers’ offices, broke equipment and furniture, and tried to burn several cars.

A riot of factory workers was stopped with the help of a large number of police officers. According to the publication, dissatisfaction grew for several months. One worker said that at first some were promised $ 284 a month, but instead received $ 162. “Engineering graduates were initially promised $ 284 a month, then his or her salary dropped to $ 216, and in recent months they have been paid $ 162.

The monthly salary of non-engineering graduates was about $ 108. “, – said one of the factory workers. He added that some people, after a joint discussion of salaries, said they received only $ 7 in their bank accounts. The management of the factory refused to comment on the situation. Certificate.