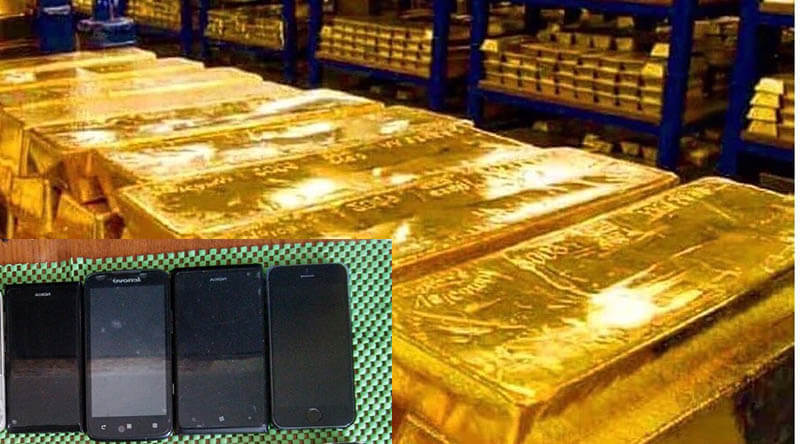 New Zealand-based company Mint Innovation has learned to use bacteria to extract gold from e-waste. Scientists say that older smartphones, tablets and computers have even more gold than gold ore.This was reported by CNBC.First, scientists select electronic scrap and grind it into sand. They do this to make sure that all the metal contained in the electronics can be further processed. For example, chips contain valuable substances, but in order to detect them at the next stage of work – they need to be crushed.Then the “sand” from smartphones and tablets is dissolved in a special mixture. Materials that have not dissolved are removed.

Next, bacteria are added to the mixture, and then gold atoms are gradually attached to them. Eventually, the gold-plated bacteria filter and make solid gold.Mint Innovation experts say that e-scrap has a higher concentration of gold than gold ore, and the process of extracting the substance from waste is cheaper.Next, the company wants to try to extract palladium from old electronics, and then learn to look for valuable substances from other subjects.In 2019, there were 53.6 million tons of electronic waste in the world, including old computers and smartphones, of which only 17.4% were officially recycled. It is expected that by 2030 the amount of such waste will increase to 74 million tons.Electronics contain harmful substances, including mercury. If such devices are not disposed of properly, they will endanger human health and pollute the environment. Therefore, scientists are looking for ways to safely recycle technology and also find benefits in this process, such as gold mining.