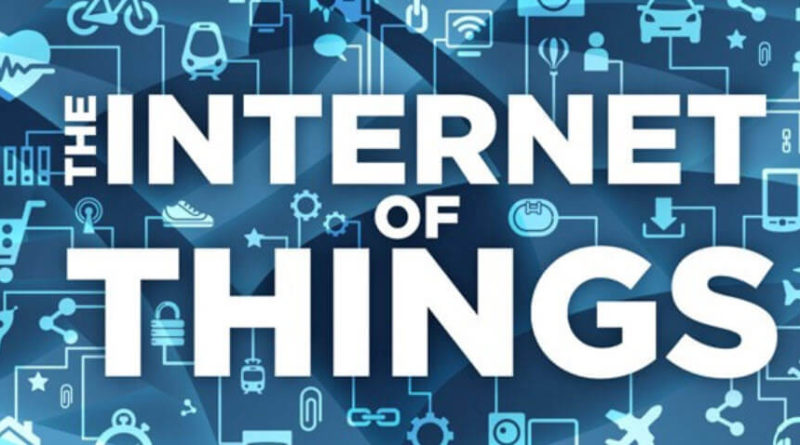 The term Internet of Things (IoT) was coined in 1999 by Kevin Ashton, one of the three founders of the Auto-ID Center of the University of Massachusetts. There are several definitions of the term, and each of them is not sufficiently precise. We will use the definition proposed by Gartner (the same one that coined the term ERP):

“The Internet of Things is a network of physical objects that have built-in technologies that allow them to interact with the environment, transmit information about their condition and receive data from outside.

An integral part of the IoT is the Industrial Internet of Things (IIoT).

And there is already a new term: “Internet of Everything” (IoE), which will replace the Internet of Things in the near future.

In 1990, John Romkey, one of the creators of the TCP/IP protocol, connected his toaster to the Internet and made it switch on and off remotely. This device was the first Internet thing in the world. In the period from 2008 to 2009, according to analysts of Cisco Corporation, the number of devices connected to the World Wide Web exceeded the population of the Earth.

The modern Internet consists of thousands of corporate, scientific, governmental and home computer networks. Networks of different architecture and topology are interconnected using the IP protocol. Each Network member (or group of members) is assigned an IP address, permanent or temporary (dynamic).

Similarly, the Internet of Things today consists of many loosely connected networks, each of which solves its own problems. For example, multiple networks can be deployed in an office building: to control air conditioning, heating, lighting, security, etc. These networks can operate according to different standards, and combining them into one network is a non-trivial task. In addition, the existing (fourth) version of the IP protocol (IPv4) allows using only 4.22 billion addresses, which caused the problem of their exhaustion. Although not every device connected to the network needs a unique IP address (but still needs a unique identifier), with the rapid growth of the Internet of Things, address scarcity can be a limiting factor. The sixth version of the protocol, IPv6, which will provide the possibility of using more than 300 million IP-addresses by every inhabitant of the Earth, will help to solve it cardinally.

It is expected that by 2020 there will be 30 to 50 billion networked things in the world, and the ability to address IPv6 will allow for virtually unlimited identification of any thing on the Web.

The Internet of Things is based on the following technologies.

Every object in the physical world participating in the Internet of Things, even if it is not connected to the Internet, must still have a unique identifier. Different already existing systems can be used for automatic identification of objects: radio-frequency system, with the use of which a radio-frequency label is attached to each object, optical (barcodes, Data Matrix, QR-codes), infrared tags, etc. But in order to ensure the uniqueness of identifiers of different types it is necessary to carry out the work on their standardization.

The purpose of measuring instruments is to ensure that environmental information is converted into data suitable for transmission to processing instruments. These can be either individual temperature, light, etc. sensors or complex measuring systems. In order to achieve the autonomy of the measuring instruments, it is desirable to ensure that the sensors are powered by alternative energy sources (solar panels, etc.) so as not to waste time and money on recharging the batteries or replacing the batteries.

The 30 billion or more devices projected to be connected to the Internet in 2020 will generate 44 billion terabytes of data. This is about seven times the amount of digitized information worldwide as of the 2010s. Microsoft therefore believes that the main part of the IoT is not sensors and transmissions, but cloud systems that provide high bandwidth and are able to respond quickly to certain situations (e.g., to be able to read sensors to see that no one is in the house for five minutes and the front door remains open). It will also help to cope with the huge flows of information, as well as the murky calculations, which will not compete with, but effectively complement, the cloud.

These are devices that can convert digital electrical signals from information networks into actions. For example, in order for a smartphone to be able to turn on a heating system in a house, it must have the appropriate device. Actuators are often structurally combined with sensors.

Rainbow perspectives of the Internet of Things

It is expected that by 2020 the Internet of Things will be used in a wide range of industries. First of all, it is industry (see the article Industrial IoT), transport (220 million connected cars), smart home, utilities (one billion sensors, significant reduction of energy losses), health care (646 million devices collecting data on human health), agricultural sector (75 million sensors for monitoring soil conditions). In addition, the Internet of Things will be used in trade, logistics, catering, hospitality, banking, construction and the military (126,000 military drones and robots).

Since the IoT is a young and potentially very capacious market, many large companies are in a hurry to take their place:

Google has promised to develop a voice interface that will help home appliances (e.g. refrigerators) learn how to understand a person’s natural speech

Intel has announced the Intel IoT Platform, as its name suggests, for the Internet of Things

Microsoft adapts its Azure cloud services to the Internet of Things

As is usually the case in young promising markets, a “war of standards” can begin. In order to avoid it, considerable efforts are already being made.

In particular, two of the largest publicly accessible high-tech concerns – AllSeen Alliance and Qualcomm’s Alljoyn – have joined forces with the Open Interconnect Consortium (OIC) within the framework of the new Open Connectivity Foundation (OCF).

The OneM2M standard, which is already being followed by 230 companies, including such well-known as Amazon, Cisco, Huawei, Intel, NEC, Qualcomm, Samsung and many others, must cope with the task of compatibility at the corporate level.

Experts believe that “at present, there is no safe ecosystem of the IoT”. Due to the fact that many devices connected to the Internet do not encrypt wireless traffic, do not have passwords of sufficient complexity, as well as many other factors, hackers can, for example, turn on and off other people’s dishwashers and washing machines, lock their owners in their own homes, or even watch their homes with, for example, a video camera installed on a robot vacuum cleaner. In order to increase security, it is proposed to introduce mandatory certification of devices designed for Internet connection, installation of special unified chips on them and other measures.

In the long run, not only homes but also cities and even (some) states will become “smart”. But at this stage of technology and society development, the Internet of Things is being actively introduced not on a global scale, but within companies engaged in the production of goods, energy, transportation, etc. – where new technologies are expected to increase productivity and competitiveness. The complexity of scaling up this experience is due to the fact that it is necessary to integrate many systems from different suppliers into a single whole, and to establish their coordinated work – the task is more difficult than to achieve a harmonious sounding of the Great Symphony Orchestra.