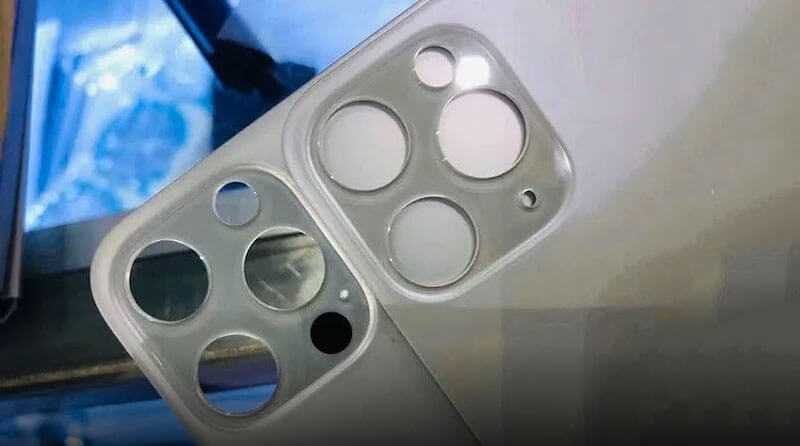 A Twitter user hiding under the nickname Mr. White, who is the source of many reliable leaks, today published pictures of the back panel of the upcoming iPhone 12 Pro smartphone. The photos confirm the information that the device will receive the LiDAR sensor, as with the current model iPad Pro.

In the photo, an additional notch is located under the hole in which the iPhone 11 Pro has a super wide angle camera lens (left). In addition to the new cut-out, the camera unit contains holes for three lenses, a microphone and a TrueTone LED flash. From the pictures it is difficult to determine which version of the iPhone 12 Pro is intended for the panel, because not all of its edges are visible, which does not allow you to determine the size.

The second panel depicted in the picture does not contain a cutout for LiDAR, which confirms previous rumors that the sensor will receive only the most advanced model in the family. However, it is possible that the back cover without an additional hole may belong to the iPhone 11 Pro. Recall that the photo case for the iPhone 12 with LiDAR cutout was recently published on Weibo.

This fall, according to rumors, Apple will release four iPhone 12 series smartphones. The most compact model will receive a 5.4-inch display, two more devices will be equipped with 6.1-inch matrices, and the iPhone 12 Pro Max will boast a huge 6.7-inch screen.