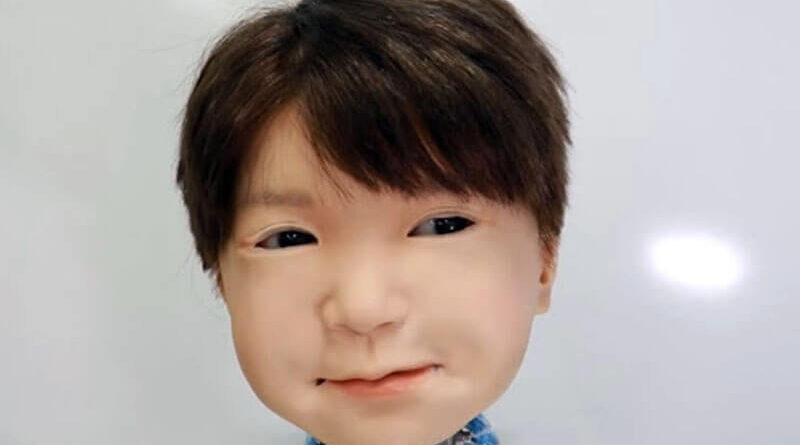 Engineers aim to make the machine empathize with a person.

Engineers from Osaka University, Japan, developed new tactile sensors and built them into the childlike Affetto robot. This was told by one of the authors of the technology Minoru Asada at the annual meeting of the American Association for the Advancement of Science, which was held in Seattle from 13 to 16 February, writes Naked science.

Japanese researchers first reported on Affetto in 2011, and since then they have not stopped improving it. Earlier, scientists were actively engaged in its mimicry – and not just simple movements of eyes, eyebrows and lips. Thus, they have learned more complex “emotions”: smile, wrinkle nose, frown and roll your eyes, and in principle began to look more like a man (although from this his appearance has not become less frightening).

Affetto has a realistic skeleton of face and body covered with artificial skin: a sensitive soft material, unlike a hard metal surface, provides a more complete interaction of the robot with the surrounding world. With the help of implanted sensors, Affetto was now able to feel the touch, distinguish delicate, tidy from rough and strong, as well as demonstrate the response emotions.

The goal of the experiment is to make the humanoid robot learn to empathize with the human being and recognize his feelings, including negative ones. Such skills can be useful for robots that are designed to help the elderly, for example.

However, according to Anthony Damacio, a neurologist at the University of Southern California, there is a difference between a machine that reacts predictably to a painful slap, and a robot that will be able to distinguish human feelings: the researcher emphasizes that this will only be possible if the robot is programmed to experience something similar to a mental state and have a kind of inner experience, that is, consciousness. And such modern technology is still far away, the expert noted.