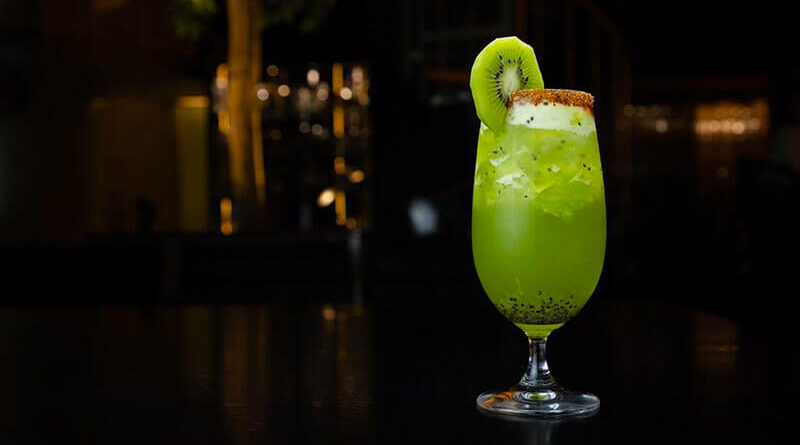 Juice Day is celebrated around the world every third Saturday in September.For the first time, the International Association of Fruit Juice Producers has proposed to establish an International Juice Day in 2010. Initially, this idea was supported by Turkey, Spain and Poland, and then other countries. In our country, the history of the holiday began in 2012, when the Russian Union of Juice Producers invited everyone to vote on the Internet for the appearance of such a holiday.On the eve of this date, and in 2016 it fell on September 17, the correspondent of “AiF in Omsk” made a rating of the tastiest, healthiest and rarest juices.

It is believed that the acquaintance of kids with a healthy drink should begin with apple juice. According to experts, children can begin to give it a few drops from 3-4 months of age. And here one should give preference to green fruits, since they contain more iron, increase the baby’s immunity and the level of hemoglobin.The second place in this category was shared by pear and carrot juices. They can be given to children from 4-5 months.In general, England is considered the birthplace of apple juice, and the time of its appearance is the Middle Ages. It was then that the use of this drink was first recorded.And since the world does not stand still, when studying the capabilities of the human brain, it was revealed that apple juice contains special substances that even allow you to make dreams brighter and more meaningful. It is enough to drink a glass of such juice before bedtime and you can become the author of your reality.

# 2. The most useful is from blueberries

Scientists from all over the world do a lot of research and experiments every day. So, experts from the United States called the juice most effective on the human body. And according to the totality of useful properties, it turned out to be wild blueberry juice. According to experiments, this drink surpasses all other varieties in saturation with antioxidant components. It has anti-inflammatory properties and boosts immunity. Even one serving of this juice provides the average daily intake of vitamins found in whole fruits.After blueberry in terms of vitamin value, pomegranate and cranberry juices are especially important for maintaining health.

Number 3. The most culinary is lemon

Culinary experts from all over the world agree that the most used fruit in cooking is … lemon. More precisely, lemon juice. It enriches almost all food combinations with flavoring characteristics. The most eminent chefs in the world do not get tired of repeating that a couple of drops of lemon juice will not spoil any dish. Therefore, feel free to add it to meat, fish, side dishes and sauces, desserts and drinks.An unusual kind of lemon is considered to be the “hand of Buddha” – the largest representative of the citrus family. Its length can reach 40 cm, and the average weight is 400 g. For the first time, people learned about the fruit in India and China. The citrus got its unusual name because of its appearance. The oblong fruits are similar to a cluster of bananas or tentacles, covered with a ribbed peel, and inside are pumpkin-like seeds.The Buddha’s hand is not so often used in cooking, however, several refreshing drinks are prepared on its basis, and jam, marmalade and candied fruits are made from the peel. In Japan, the peel is usually added to tea, and the pulp is used in first courses and salads.

No. 4. The most dietary one is tomato

Tomato juice is considered to be the leader in the world of dietetics and slimness. This is because the calorie content of this drink is the smallest of all the juice variety – 21 kcal. For example, apple juice contains 42 kcal, cherry juice contains 47 kcal, and grape juice contains 54 kcal.

CALORIES OF TOMATO JUICE IS THE LOWEST.

And although the history of this healthy drink began in America, it appeared in our country in 1936. Anastas Mikoyan, being the People’s Commissar of the food industry, paid a working visit to the United States. There he visited various industries, and, of course, saw how tomato juice is created. The idea was successfully transferred to our country, and since 1937 advertising has been calling to quench your thirst not only with water, but also with a new production. Note that tomato juice contains vitamins A, B and C. Surely the children who grew up in the Soviet Union remember the traditional posters on the walls of the school cafeteria: “If you drink tomato juice, you will be slim and tall.”

No. 5. The most popular is orange

The undisputed leader in this category is orange juice. The history of its origin is also known. If the American advertiser Albert Lasker popularized the orange fruit, then the inspector of the California Orange Growers Association Don Francisco presented the juice from this fruit to the whole world in 1915. He also invented the first glass juicer. Together these guys carried out an advertising campaign for the sale of a new device under the slogan “Drink an Orange”. In a short time, 3 million hand juicers were sold. Americans have gone from a nation that consumes oranges to a nation that drinks orange juice.

In addition, modern experts have determined that orange juice is also the most suitable drink for breakfast. According to scientists, it invigorates no worse than coffee, but there are much more health benefits in it.

No. 6. The strongest is grape

Much has been said about the taste and benefits of grape juice, but what definitely cannot be taken away from grapes is its use in winemaking. And it’s not just the charming Celentano, who walked barefoot on this fruit in the famous film. Winemaking, like grape juice, appeared long ago. However, not everyone remembers the biblical legend about this plant. According to legend, during the Flood, all mankind perished, except for Noah, his family and some animals, which he took with him to the ark. When Noah, after a long voyage, landed on the ark to Mount Ararat, he immediately released a goat ashore. The animal went in search of food and found it. In the fields damp from the recent flood, there was a climbing bush with succulent leaves. After eating these leaves, the goat suddenly became drunk and, returning to the ark, began to jump and butt. Noah became interested in the mysterious plant and decided to breed a small plantation of an outlandish bush.As the legend testifies, Armenia is the cradle of grapes. The same point of view is shared by many botanical scientists, who consider the Transcaucasia and the countries of the eastern coast of the Mediterranean Sea to be the birthplace of the vine. Well, today there are plenty of grape juice lovers in all corners of the planet.

No. 7. The most exotic is multifruit

Everyone knows what an apple, a pear and an orange are. Banana, kiwi, pineapple have ceased to be a wonder. Here multifruit juice comes to the aid of tasters. Although, recently, the popularity of this juice has been growing, not everyone knows its composition.As a rule, multifruit juice, which can be found on store shelves, contains mango, papaya, guava and passion fruit juices.The “king” of fruits in India is called exotic mango. Rumor has it that even the Buddha enjoyed relaxing in the mango fields. In addition to its excellent taste and bright aroma, the fruit is valuable for vitamins, calcium, phosphorus, iron and many other substances.The orange pulp of a guest from Peru – papaya – also found its fans. The main highlight of this fruit is the presence of a special enzyme, papain, which breaks down proteins and promotes their absorption.American guava, which looks like a green apple, has a bittersweet taste. By the way, there is five times more vitamin C than oranges!Well, the beloved “Brazilian” – passion fruit, or as it is also called “the fruit of passion”, is often included in the composition of multifruit juice. Fruit juice has a tonic effect, has a calming effect on the body, helps to sleep and inhibits the growth of cancer cells. Sunflower seeds are also edible, but have the effect of sleeping pills.

No. 8. The sweetest is maple

Many people love juice not so much because of its beneficial properties, but because of its wonderful taste. The natural sweetness of the drink allows us to speak about its necessity and importance in a healthy diet. However, the sweetest juice, with a certain processing procedure, is maple.There are many legends about how the Indians discovered the wonderful nutritional qualities of maple sap. According to one of them, the leader of one of the tribes, choosing a place to sleep for his people, drove a tomahawk into a nearby maple. The next day, when the chief removed the tomahawk from the tree, maple sap began to drip from the remaining notch into an earthen bowl at the base of the trunk. The leader’s wife did not pour out this juice, but cooked meat in it. The prepared dish acquired a pleasant sweetish taste.In an effort to get a sweeter and more delicious drink from maple juice, the Indians thought of evaporating it. They threw small stones red-hot over the fire into wooden pots and bowls filled with juice. As a result, the water evaporated, and the juice became thicker, aromatic and sweet. Since then, the Indians began to use maple juice for food.

No. 9. The most expensive is noni

For several years now there have been rumors about a unique drink – a panacea for all diseases. We are talking about Noni juice – a drink made from the tropical fruit of the same name. It grows in the Hawaiian Islands, Australia and Thailand. Evergreen trees, on which the fruit grows, can yield 800 kg of harvest per year.

Juice producers claim that a thick burgundy drink significantly improves well-being, relieves hypertension and stress caused by stress, helps fight autumn depression and spring vitamin deficiency, strengthens the immune system and relieves colds. In addition, this product promotes weight loss, improves gastrointestinal function and prevents gastritis and ulcers. But there is still controversy about the taste of this wonderful drink. Some claim that noni juice tastes insanely good, while others step aside with disgust. One way or another, the taste of the drink is actually unusual. But the price is one of the highest.