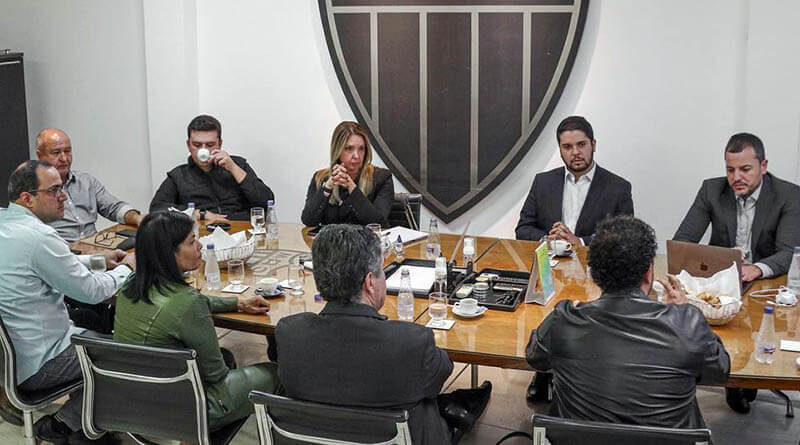 Tatiana began her story about corporate governance with a quote from Intel co-founder Andy Grove, who said that the board of directors is designed to “make sure that the company’s success lasts longer than the powers of any CEO, the availability of any favorable opportunities in the market, and any product cycle.

Thus, the goal of sound management becomes to ensure the steady development of an effective company whose success will last. This task is becoming very complicated, taking into account the fact that in the modern world the borders of industries are blurred and new business models appear, which cardinally change the economics of entire industries.

Corporate governance is a system of management and control of a company, expressed in the distribution of rights and obligations between the participants of corporate relations (shareholders, board of directors, management). It is also a set of rules and procedures for making decisions on the formulation and achievement of company goals and control over these activities.

When we speak of public companies, the corporate governance system usually consists of the general meeting of shareholders, the board of directors, the executive bodies (the general director or the management board), the systems of external and internal audit, and the auditing committee.

The board of directors should determine the company’s development priorities, approve its strategy, deal with budgeting and major transactions, work on KPIs and remuneration system, risk management, work with reporting and corporate conflicts.

Based on her experience, Tatyana believes that it may be useful for the board to outline objectives and goals for the medium term, and the list of tasks should be clearly prioritized and focus on the three most important ones. In fact, the board itself should be formed in the light of the company’s objectives, rather than assigning people to it as a reward for loyalty.

The framework of corporate governance in Russia is defined by the law on joint-stock companies, but, among other things, the Bank of Russia in 2014 adopted a corporate governance code recommended for use in joint-stock companies. However, not all companies follow this recommendation. Large corporations comply with about two-thirds of the conditions, in more modest-sized structures this number is even lower.

The key factor in the emergence of corporate governance in a company becomes the separation of the functions of ownership and management, when the latter begins to carry out not the owners, but hired managers – then the former principles of leadership cease to work, because these two types of people have completely different attitudes.

Other reasons for the emergence of corporate governance in the company Tatiana includes the following.

– Legal requirements. For example, the state may impose conditions related to the separation of ownership and management of the organization.

– Emergence of new investors or creditors. Some banks may impose as a condition of entry into the capital of the company the requirement of admittance of their representatives to the company’s board of directors. VTB did this, for example, with respect to Aeroflot and Russian Post.

– Changes in the scale of business. This happens most often in small but growing companies when the complexity of business processes is such that the owner is no longer able to cope independently.

– A change in the owner’s priorities. People often change their goals and may not want to do the same thing, but they will not close the company. For example, the owner may be interested in another project or move to another country, and leave the old company in the care of the managers.

Companies that implement corporate governance practices can do it in different ways, but Tatyana notes that there are four major models.

– The American model implies a large number of owners of the company, that is, we can talk about dispersion of shares. Key shareholders in this case own about 20-30% of the block, and the rest is free floating. This model is characterized by high liquidity of shares, and the capital comes mainly from the foreign market. Based on the principle of free float, Tatyana gives the example of Yandex as such an organization.

– European model is characterized by a higher concentration of shares in the key shareholders. In most cases, the shareholder is a bank. Free float shares are present, but their share is usually kept within 30%. Sberbank and Magnit are among such organizations in the Russian Federation.

– The Japanese model was created in the 50’s and solved the problem of capital concentration for the development of industrial groups and protection from American companies. There is high cross-ownership within companies of this model, and external investors usually own no more than 5% of these shares. The major Japanese giants belong to this type.

– Family model. The name of this type speaks for itself, the main factor is the control of the bulk of the shares by one family or even an individual. This type is used, for example, by Komus and Faberlic.

Corporate management is not something invariable, there, too, changes occur in accordance with the times.