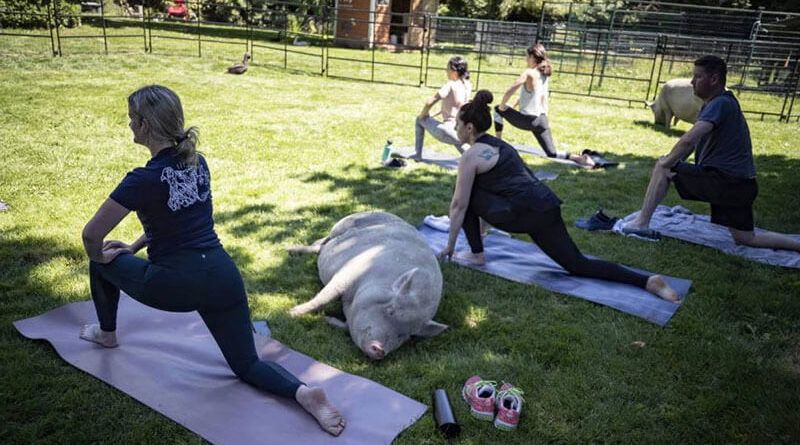 Such a simple manifestation of human behavior as laughter is still not fully understood. Scientists continue to argue about the nature of laughter and its functions. However, a number of facts have been established through experiments.

Laughter is not a reaction to a joke, but a way of communicating…

A lot of people think that humor makes us laugh, a good joke. But it’s not exactly true. Robert Provine, an American psychologist and author of a book about the nature of laughter, found that 80-90% of laughter relates to things far from humorous, and that we laugh most when we communicate with friends. In general, he said, a person laughs thirty times more when other people are around. Thus, laughter is primarily a way of communicating, a way of showing other people that we like them and that we understand them.

Neurologist Sophie Scott studied how people distinguish between sincere and artificial, staged, laughter. It turned out that our brains react differently to these two situations. In the case of fake laughter, the anterior medial prefrontal cortex, which is responsible for recognizing other people’s emotions, is activated. That is, when a person hears an artificial laugh, he automatically starts to look for what is really behind him. And psychologist Michael Owren, who studies the phonetics of laughter, in one of his experiments came to the conclusion that a person can not laugh sincerely with his mouth closed.

Psychologist Bob Levenson conducted a couples study in which he asked each couple to say something about their partner that annoyed them. Couples in which the partners talked about these topics with laughter and a smile were characterized by a high level of relationship satisfaction. The same approach was common for many couples with a long history of living together. The BBC writes about the study.

There is a common belief that a lot of calories are spent on laughter. That’s not true. Laughing spends more energy and your heart rate increases by 10-20%, but spends very little calories. It is estimated that for every 10-15 minutes laughter burns about 10 to 40 calories. This means that in order to compensate for the bun you have eaten, you have to laugh for about three hours in a row.

People become altruists when they laugh

British psychologist Mark van Vugt and his colleagues conducted a series of experiments to find out how laughter affects the balance between the public and personal interests of the individual. Participants in the study were first given the opportunity to watch a funny or serious video. Each participant was then given a small amount of money, which had to be invested in a public or private fund. All sums invested in the private fund were returned in full. The sums invested in the group fund were doubled and divided among all participants, regardless of how much each participant had originally invested in the fund. The researchers concluded that laughter contributed to the fact that people invested their money in the group fund, and their altruism increased.

Scientists have found evidence that laughter can actually be contagious. American neurologist Sophie Scott found this out, too. Brain scans showed that laughter sounds cause a specific reaction, and the brain sends a signal to the facial muscles. When we hear other people laughing, we start to smile involuntarily, even if we don’t know what they are laughing at.

Laughter helps to deal with pain

Scientists at Oxford University have found that laughter increases tolerance to pain. They asked participants to watch videos as they measured their pain sensitivity, acting on their skin with cold and high pressure. It turned out that people who watched funny videos were much easier to tolerate pain than those who watched neutral videos. Researchers linked this effect to the action of endorphins.

In fact, laughter isn’t just about people. Scientists have found that rats, chimpanzees and dogs also know how to laugh. Not only that, you can even tickle a rat to make it laugh. It was first established by the American expert on behavior of animals Jack Panksepp in 1990th, however, to hear high-frequency laughter of a rat, he had to use special devices. Animals laugh when they play to show that they are happy and ready to get closer. Russian anthropologist Alexander Kozintsev in his book “Man and Laughter” adds that the laughter of animals is a signal that actions are not taken seriously.

A group of zoologists from the UK has conducted a comparative study of laughter caused by tickling. In particular, 22 monkeys and three children were tickled. Among the monkeys there were both calves and just young individuals of orangutans, chimpanzees, gorillas, bonobos and one black gibbon. All laughter parameters were recorded using special equipment. In the end, scientists concluded that all great apes inherited the laughter from their common ancestor, who lived about 10-16 million years ago.