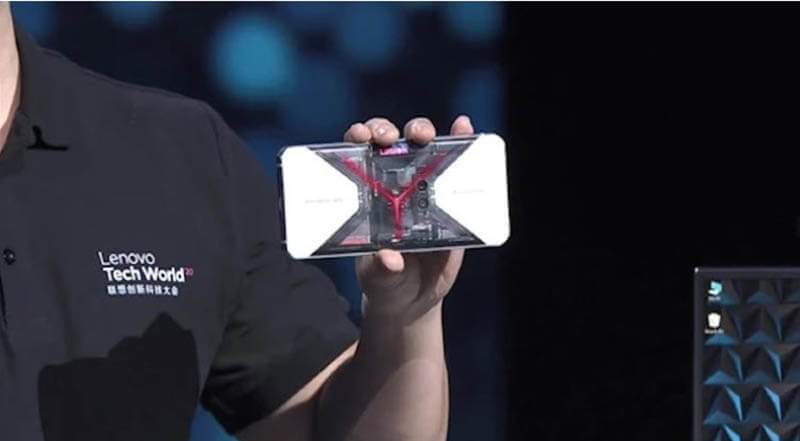 At the Lenovo Innovation and Technology Conference, Chen Jin, CEO of the company’s mobile division in China, presented a version of his first Legion Duel gaming smartphone with a transparent case.

The stylistics of the device reminds the Explorer versions of the flagship smartphones Mi 8 and Mi 9 from Xiaomi. By the way, the current Mi 10 is left without the “transparent” version of Explorer.

However, unlike the Xiaomi Explorer Edition, in which under the transparent cover was installed a decorative panel with molded chips, Lenovo Legion really allows users to consider the components from which the smartphone is assembled.

According to Chen Jin, the transparent version of the Legion Duel will appear on sale in the near future.

The first Lenovo gaming smartphone was shown to the public in August this year after a long period of rumors and leaks. As for technical specifications, Legion Duel is equipped with a 6.65-inch AMOLED screen with a refresh rate of 144 Hz. The smartphone was the first device based on the improved flagship platform Qualcomm Snapdragon 865+. The phone boasts a battery capacity of 5000 mAh and supports fast 90W charging.

As for the software “chips”, the device can offer users a mode Game Acceleration Engine, significantly improving gaming performance smartphone. The device costs 521 dollars, but the price of transparent modification has not yet been announced. There are suggestions that its launch will be closer to a large sale on November 11.