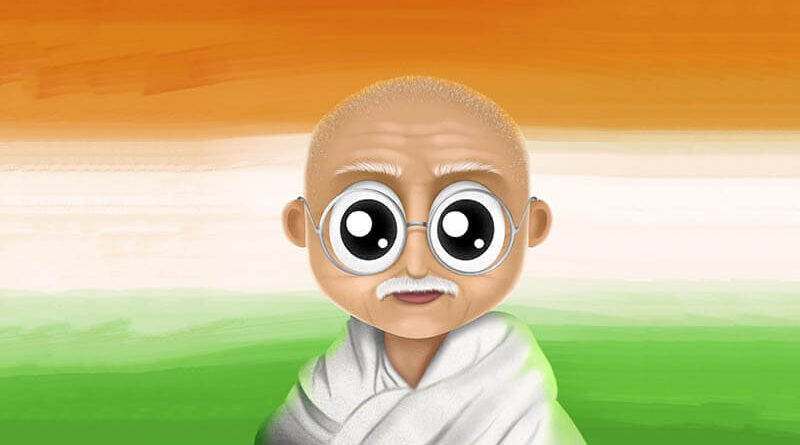 As an opponent of the use of brutal measures in politics, Mahatma Gandhi became an international symbol of peace and human rights. He was the kind of politician who could inspire people regardless of nationality or political outlook.

Gandhi can without a doubt be added to the list of men who have fundamentally changed the world, for his philosophy of nonviolence was one of the triggers of the surge of peace movements. He is India’s national hero because he was able to unite this multicultural country and achieve its independence without resorting to violence. What rules did this great man follow?

To get an education and learn about the world, Gandhi went to England to study. He studied to be a lawyer, moreover, he did so quite successfully and without much difficulty entered the European cultural space, without forgetting his identity. This period of study was a kind of search for truth for the young Gandhi, as well as an attempt to prove that a Hindu could become a true gentleman by European standards and not abandon his roots.

“Civilization is the kind of behavior that points man in the direction of duty. The fulfillment of duty and the observance of morality are interchangeable. To observe the rules of morality is to dominate one’s own thoughts and passions. In doing so, we know ourselves.

A key moment in Gandhi’s life was a visit to South Africa. He went there in 1893 to serve as a legal adviser to a firm. By then, Gandhi had no idea what racism was. When he had studied in England, he had not encountered it because he had been predominantly among educated people, but things had changed in Africa. This unpleasantly struck the young lawyer and influenced the formation of his worldview, which was based on the struggle for equality.

“Ahimsa is the basis for the search for truth. This search is in vain if it is not based on ahimsa. We are all made of the same dough, we are all children of the same Creator, and the divine powers within us are infinite. To treason a human being is to treason those divine powers, and thus to do evil not only to that being, but to the world as a whole. It has always been a mystery to me how people can consider it honorable to humiliate their neighbor.

Gandhi returned home in 1915. It was then that he began his political and social activities. He joined the Indian National Congress, whose representatives were the local bourgeoisie. After the end of World War I, the Congress began organizing numerous rallies in support of Indian independence. What distinguished it from other revolutionary movements of any time was its exclusively peaceful approach. Gandhi was the man who inspired the Indian masses to participate in the movement, which contributed greatly to the goal.

“I am engaged to India, I owe her everything… I cannot express my feeling for India more clearly than by identifying it with my feeling for my wife. She excites me like no other woman in the world. Not because she is perfect. I dare say she has many more flaws than I can see. But there’s a sense of irreducibility here. The same is true of Hinduism, with all its faults and limitations.

Gandhi’s name, Mahatma, was not his birth name, but it is the name by which he entered the history of the world. It directly translates as “Great Soul. Such pathos was not to his liking, but even in the face of death Gandhi proved that he deserved it. The politician was shot in 1948 while he was among a crowd of admirers. He died on the spot, but with his last words he forgave his own killer.

“Nonviolence is the weapon of the strong. With the weak it can easily be hypocrisy. Fear and love are contradictory concepts. Love recklessly gives without thinking about what it gets in return. Love struggles with the whole world as if it were itself, and ultimately dominates all other feelings.”