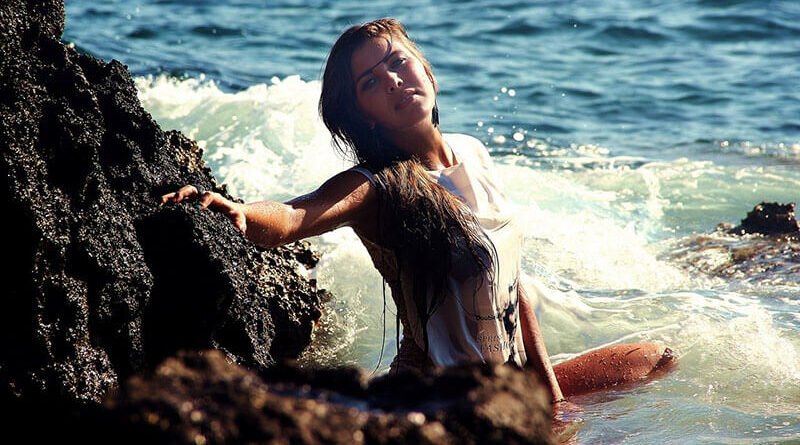 There are different situations in life, people meet, get acquainted, start a relationship and, even with the craziest love, sometimes conflict. No, of course, what kind of real relationships are they, which are not accompanied by periodic quarrels?

Probably the ones that nobody really needs anymore. Naturally, the quarrels should not drag on, it is important to find a moment when it is time to end the conflict and move on to a pleasant process of reconciliation, otherwise the process risks to drag on and grow into even greater difficulties between lovers, and there is an unfortunate process of breaking up is not far off.

In order to prevent this from happening, it is important to be able to make peace, find the right words, the right moment and accompany all this with the right actions that will lead to a happy ending.

Regardless of age, financial situation and appearance, almost any man is always lost in guessing how to make peace with the girl he loves, because when the moment of quarrel comes, all confidence evaporates somewhere.

Undoubtedly, the process of reconciliation, as well as the degree of effort that will have to be made in order for a girl to forgive you, depends on how much the man actually committed guilt.

Everybody knows very well that a fight, for example, if you have a fight over scattered socks or dirty dishes, it’s one thing, and, for example, cheating or serious deceit – it’s quite another, sometimes such quarrels have no happy ending. But let’s not talk about sad, let’s try to give an example of all the possible measures to avoid a sad end.

What exactly shouldn’t be done?

The first thing that all men need to understand: most quarrels have two main stages, where the first is a flash of anger, resentment, most often in such a period, even the most loving people are unable to listen to each other to the end, and most importantly, to understand what everyone wanted to convey to his opponent.

How long such a period lasts, of course, depends on the people themselves, on the girl in particular: someone cools down in a few hours and starts looking for possible ways of reconciliation, someone is able to sulk and piss off for a few days, again, the degree of severity of the problem plays an important role.

Usually, after a global enough quarrel it is impossible to take and at the moment of forgiveness, forgetting and reconciliation, there should be a period of gradual rapprochement, for example, to start communicating with sms or messages on a social network.

The main thing is not to begin to apologize, so you are unlikely to achieve anything good, but rather to aggravate the problem. Apology and remorse should occur only in personal communication, a girl should see with her eyes, feel with every cell of her body your remorse and sincerity of motives.

Exceptions can only be made by couples who are at a great distance, and it is better to record a video message for your favorite or leave a voice message that she can watch or listen to at home.

It’s not in vain to say that an offended woman is worse than any of the worst fury in hell – but if a quarrel really has a serious ground to live in, then perhaps it’s better to leave everything, wherever you are, and run to your woman. This, of course, is the case if you really want to keep your relationship.

Some men, even knowing and conscious of their guilt, can not step over their pride and male ego to say the words of apology, it is difficult for them to admit their mistake, also out loud. This is a big problem, which may not immediately, but over time, may lead to your real girlfriend becoming an ex.

Is this what you want? No? Then go ahead and learn to apologize! Again, it is important to feel the fine line between correct apologies and making amends, but not to turn into a “performer” of all desires and whims, which even make no sense. Who knows, maybe such a capricious girl is already simply using a man?

What should we do?

After the time is waiting, you have cooled down a little, it is time to think about the situation itself, to put yourself in each other’s place, to apologize properly, you need to understand the degree of your own guilt. And if you don’t see much guilt, but the girl is still dear and beloved, then, as the French say, “if a woman is wrong, ask her to apologize.

Beautiful sex – weaker than men, they are vulnerable and subtle nature, which sometimes resent the fact that men are really hard to understand, in this case, common sense must exceed pride, a man, wise and strong, must make the first step.

And, most likely, she has been waiting for it for a long time. Of course, it will be nice if your apology is beautiful and original, it is difficult to resist such an apology even after a really serious fight.

Are there any ways that help to help in almost any situation? Of course, if a man has changed, then a bouquet of flowers or a soft toy – there are bad helpers, in order to forgive such a situation, a woman needs time and a certain wisdom.

A man at this time, if he is ready to fight for his beloved and really repents of what he has done, must show it by all means available to him. If you managed to get a girl to talk (even this is a certain success), it is important to promise and swear to assure that nothing like this will never happen again.

If a girl hesitates, then there may already be flowers, toys, and unexpected surprises, which, by the way, sometimes very well help. Tenderness, affection, and complete sincerity are the best helpers in this situation.

If the quarrel is not very serious, then a lush bouquet of flowers, complemented by a card with beautiful words written by hand – banal, but almost always effective. And to make it also original, sing a serenade under the window of your beloved, shout the words of love and leave the bouquet where you stand, if she never wants to come down. A heart of fire, laid out with dozens of candles or a confession of feelings under her window is also a very original way to apologize. Seeing this, it is unlikely that the girl will continue to sulk.

Give her the best day of her life. Come up with a whole program: visit your important places, have a look at your favorite coffee shop, or maybe you should organize a romantic dinner on the bank of a river or the sea? Now there are specialized offices that organize the most unforgettable evening in your life, organize a table, menu, champagne, and if you wish, live music, photographer or even salutes! Of course, it is important to accompany all this with sincere words of remorse, to behave properly, without impudence and confidence, but with tenderness, affection and great love.

In fact, it is very important not to drag out the reconciliation, long offend in different angles, and then look for incredible ways of reconciliation – not the best scheme of life of a couple in love. If even you have argued, then learn to talk to each other, try to share everything that you are not satisfied with each other in a calm form, without crossing the line of unpleasant curses and shouts.

And, most importantly, after a quarrel do not wave their fists, so enjoy the euphoria of reconciliation, happiness and love, and do not try to persist in proving your point of view or teach your soul mate.