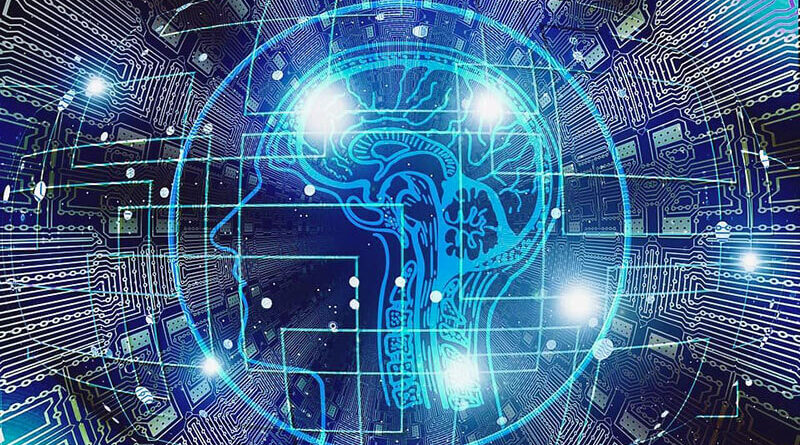 It is known that there are differences between the brains of men and women: in structure, weight, size. But are they really so significant? And how does this affect our cognitive abilities and life in general? Let’s try to figure it out.

Scientists continue to study the features of this most important organ, determine how individual zones and everything in the complex work. This knowledge is simply necessary for medicine, as men are more prone to one disease and women to another. And understanding how the brain works will help prevent diseases and treat them effectively. In the meantime, we can consider the main differences between the male and female brains, which have already been scientifically confirmed.

It should be noted at once that no difference between the brains of different genders does not affect cognitive abilities. They do not depend on either weight or size of the organ. Usually, the brain of men is 8-13% larger. Its average weight is 1 kilogram of 345 grams, while in women it is about 1.222 kg. But, if we take into account the different body weights, there is nothing strange about it. After all, most men are superior to women in height and build. But in the representatives of different sexes with the same figure, the brain weighs about the same.

However, this does not affect the intellect in any way. For example, the weight of Albert Einstein’s brain did not exceed 1.23 kg. A heavy elephant brain (about 4.6 kg) does not make it a great thinker.

Men tend to have more voluminous and dense tissue in the cerebral cortex, left hemisphere almond-shaped body, hippocampus and basal nuclei. But the frontal pole of the right and left hemisphere, the lower and middle frontal gyrus, the triangular part of the frontal lobe and some other areas are less dense than for women.

It may seem that such differences necessarily affect something. But scientists have still not established anything for sure. There is a theory about women’s multitasking – that it is easier for them to do several things at once. While men show maximum productivity by working on one task.

The theory is based on the assumption that at the neuronal level, the hemispheres of the female brain are better connected. After all, men have more active information transfer in one hemisphere. But subsequent studies have disproved the theory. Some men demonstrated more multitasking than women, while others demonstrated less multitasking.

The only thing that is definitely known is that an average man is better oriented in space and copes with the tasks of rotation of figures. And the average woman remembers the objects better and where they are located. It was also found that when people work in pairs, their nervous activity is synchronized. In same-sex couples, this synchronization is higher. But it is also present in different sexes, although it is observed in different areas.

Distribution of substances and propensities

There are two main substances in the human brain. Grey is the information processing centers. And white – it provides communication between them. There are differences in the distribution of these substances. In men, the amount of gray matter is 6.5 times more. And women have 10 times more white. Presumably, men’s propensity for mathematics and women’s need for conversations are justified by this very imbalance. Although scientists are not sure about this until the end. More recent studies have proven that when adults are treated equally – when there is no assumption that girls do not need mathematics – both they and boys perform in roughly the same way.

Therefore, experts tend to believe that regardless of gender, brain performance is influenced rather by individual characteristics. And, gender socialization plays a role in shaping propensities.

In this regard, a study was criticized that revealed that children under 2.5 years of age already prefer to play with certain toys. Boys were more likely to choose typewriters and girls were more likely to choose teddy animals. The authors of the study referred to a similar experiment with monkeys, whose cubs also preferred to play with different toys. And they claimed that at such a young age it is impossible to talk about the impact of gender stereotypes on an individual. So, the choice of toys is dictated by the work of the brain.

Opponents of this theory claim that it is not known exactly from what age a child absorbs gender stereotypes. It is not quite correct to compare a person with a monkey. As he in any case is guided not only by biological factors in his behavior. Besides, the research sample was too small, only 101 children. And to confirm the theory, more examples are needed.

Activity of certain areas and behavior

Nevertheless, the behavior of different genders is often dramatically different. Some researchers explain this by the fact that the brain organizes its activities in a special way, depending on the sex. Identical irritants cause different reactions in the male and female brains.

For example, during the search for a way out of the virtual labyrinth, the men’s brain was more involved in the left side of the hippocampus. And the left side is responsible for context-dependent memory. In women, the posterior parietal cortex – the zone of spatial perception and attention – became more active. And also the right hemisphere prefrontal cortex – episodic memory.

In a calm state, the brain also reacts differently to the same things. Men are also more aggressive than women, but this is probably a more social factor.

There are other examples. In the hypothalamus, the zone of the brain that produces hormones, there is the core of sexual dimorphism. It is responsible for sexual desire. In men, this core is 2.5 times larger. There are almost no differences in infancy; they appear at the age of 4 to 10 years. The reason is evolution or gender differences, scientists do not know.

If only hormones influenced the brain development, it would be easier to find the answer. But besides chemicals, there are many factors that affect the brain. And this is not only the attitude of education. What matters is nutrition, the conditions in which a person grows, his individual experience, external circumstances and much more. In addition, each department of the brain has more than one function. And none of these functions can be attached only to women or only to men.

What is the result?

That is why scientists cannot claim that there is only a “female” or “male” brain. And that one of them is better than the other. Such a complex organ simply cannot be formed and work according to simple algorithms. Individual differences between members of the same sex are often much higher than the average differences between different sexes. And such a pattern can be seen in everything from growth to the structure of internal organs, from preferences to IQ size.