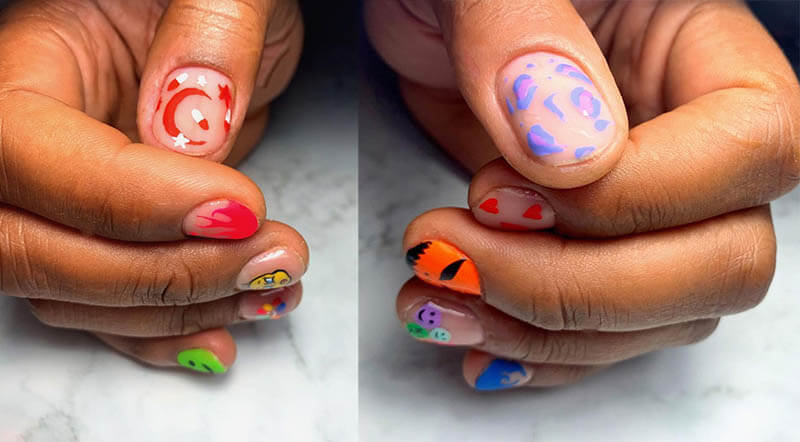 For most men, grooming their face or hands is still the exception rather than the norm. What is the reason for men’s negligence towards themselves?

Today’s reasoning and poll is “why doesn’t a man get a manicure?” How to make his hands better?

My personal scan of sympathy for a man rests on three pillars: beautiful hands with a long nail plate, straight, large teeth, and very good shoes.

Usually representatives of the stronger sex remember that they are still young, by the age of 40-50. Having such grooves and ruts on their face that not every all-terrain vehicle can do. I have separate observations and data on this subject, but first things first.

A burr is masculine, singular

Men like to take care of themselves, but are embarrassed to talk about it. Almost every month, only in Moscow about 5000 requests on the subject of male manicure. And inquiries about cosmetic procedures for men are increasing by 50 percent a year, steadily for the 3rd year.

Sadly, but the fact is that even his beloved, not always the stronger sex is not ready to open his heart and tell about the needs of the spa. The brave and courageous man does not complain about the notorious horizontal wrinkle on his forehead, which he has since he was 20 years old. And he doesn’t freak out when a burr clings to everything around him, but quietly, in the bathroom, cuts it off with an old pair of wire cutters. The solution to the problem is seen but not heard.

You need a manicure!

Though they love our supports, iron walls and life companions to be concrete in everything, in matters of care, they are like fish without water.

And if the lady of the heart suddenly starts to discuss care or creams in public she faces a block of incomprehension and sometimes censure. Well, the friends of the brethren who do not succumb to the evolution and still sit in garages, I can hardly imagine it, but I know that there are and such only support the man in his natural and dirty beauty. And at times like this, the phrase “you need a manicure” is equated in sound and meaning to the phrase: “with us tonight will sleep and Vasya too.

Why does not a man get a manicure?

Prepare a man to take care of yourself can only one person – his beloved.

Conducted a survey among mentally healthy, self-fulfilled men from 25 to 40 years, I found that most of all they are embarrassed by the fact of going to a woman-master in a place where girls hang out.

As one participant of the experiment said: “You see, a haircut – is 0.75 times a month, and manicure 2-3 times during the same period of time. I have no desire to find time for manicures. But if my girlfriend offers me to do it, then I will agree. Such care is very nice. His statement was supported by many, the words have changed, but the essence remains.

In addition, flashing a red tab a stereotype voiced by another man: “I was walking through the mall once and there are girls at the tables sitting for manicures and among them one such a huge man, honestly, I shuddered. It’s not manly.”

So our boys don’t want to be “monkeys,” but they don’t like the role of the “white sheep” either.

A woman’s reaction to a man’s manicure

From what I saw. Gave me a card for a manicure and pedicure. Came to the salon. My hands have one master, but my feet have another. I sit on a massage chair and drink coffee. There is a wild rumble. The ladies are talking on their phones, messengers are chirping, and I hear the trill of phone calls. It’s like a bird house, but human.

And then a scene from classic Russian literature played out before my eyes. Enter the two bogatyrs. Silent scene. The noise stopped, each unconsciously began to show themselves. Some straighten their backs, some fix their hair. The men walk through the room, as if apologizing, very shyly and modestly, and sit down on pink armchairs. On a tray with plastic lace they are served scrub, oil and cream in Jill Stuart cosmetics design style jars. And now they are sitting there, and it is obvious that they feel uncomfortable, and most of the people present begin to fidget. And one of the most “smart” decided to discreetly take their photos, but she forgot to mute her phone.

The moral of all these stories is that we are not yet the wonderful society we want to seem. There’s too much prejudice.

How do you teach a man to take care of himself?

My husband likes to groom himself, but with my hands. Several times he even made it to the salon by my appointment. But the masters were always strange, then poke unpleasantly, or sacred blood. Naturally, after such misadventures, he does not go to the salon. And I really want to not only strong and reliable, but also beautiful hands to see and feel beside themselves. Therefore, a compromise was found. My finding no claim to originality, just sharing my experience.

When the first stage of adaptation is passed and the iceberg has moved, it is better to unobtrusively sit honey in front of the TV with his favorite movie and gently occupy his paws. The most important thing in this case is not to hurt, it’s better not to cut it than to spill blood.

We had very neglected hands, I was sick for almost two months, and I had no time for his manicure.

I start any manicure of mine or his with steaming my hands in warm water with eucalyptus oil. 2-3 drops per 1-1.5 liters. Why eucalyptus? And it’s all about properties. The aroma of this oil soothes, relaxes and strengthens the immune system. The smell is unobtrusive and not girlish, I have a man at the reception!

After 10 minutes I take out two fingers at a time, I apply the Salu cuticle remover from Alex Beauty Concept to the cuticle and all the dry skin around the nail. The product is a liquid that works even without steaming. By the way, the perfect cuticle remover, in my opinion, there is no better. In less than a minute the skin is easily corrected, becomes soft and elastic.

This is where a wooden stick comes in handy. It shapes the areas that I cut and saw off. In this part of the men’s manicure, it’s important to remember not to peel off the stuck skin too much! Especially in the area of the nail hole. The consequences of the effort can be negative. Starting with uneven growth of the nail plate and ending with severe trauma to the nail. Does not come off with light movements of the grown skin, dip your fingers into the water and wait. I pay special attention to the area of the nail cavities, spend a few times with a wand and break this neglected harmony.

Now you have to carefully cut off all the cuticles you’ve pulled away with a pair of wire cutters. It is better if the entire cuticle is cut in one piece, less burrs will appear after drying.

By the time I remove the cuticle, my fingers are a little dry and I see that there is dry skin on the sides, which gives a stiff relief in normal life.This effect very often appears from working with paper. Again I apply some Salu from Alex Beauty Concept to the skin, let the liquid soak in and take a stiff 120/180 file to work.

Now, in the direction of the skin pattern, I saw off the skin on the lateral rollers, moving “towards myself” if I’m doing the manicure to someone and “away from myself” if I’m doing it to myself. In the running version of these manipulations takes 5 minutes per finger. Usually such rough fingers thumb and forefinger. You can do this maneuver without remover, but it’s easier with it. Salu softens and removes “light” areas of unwanted skin even before the intervention of additional means. That is, for men’s manicure, salu and a file are an excellent pair. It is possible to consolidate the effect of passing buffy, but as my experience shows, in complex cases, buff is ineffective. Next, I clean the residue on the sides, at the junction of the nail and the lateral roll.

Sometimes you can polish a man’s nails, but I’m fine with ours as it is. Naturally, I leave the length of the nail so that there is no transverse groove (a piece of protruding skin right at the border with the free edge).

I spent 2 hours on this neglected manicure. Sometimes after 2 days, I reevaluate my work and finish trimming the hidden burrs. I cut them dry.