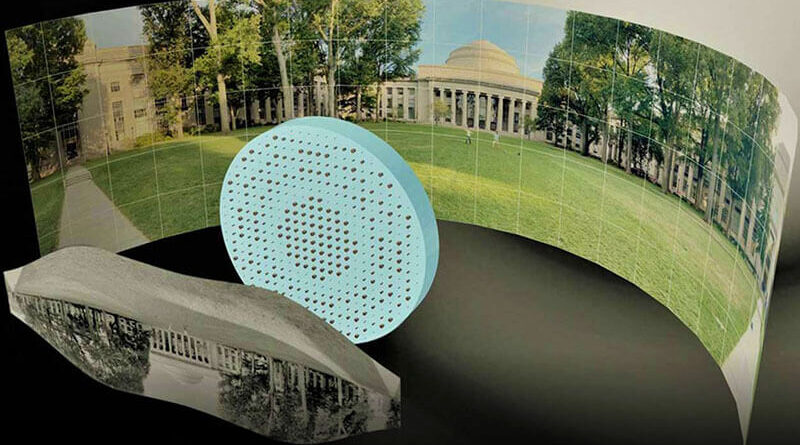 The so-called fish eye lenses are a rather popular and traditional approach to wide-angle photography in 180 degrees and beyond – as the bulk of such a lens is made in the format of many intersecting glass panels, curved into a virtually correct sphere. However, such a design, with all its apparent lightness, is actually quite difficult and even expensive in the manufacture, because it is necessary to constantly work with the curves of glass. This is why a team of material engineering specialists from the Massachusetts Tech University presented their variant of this lens.

In particular, the team presented a completely straight and even lens, which, despite its unusual physical format, in fact has the ability to shoot 180 degrees with quite high detail. As explained by the developers of this practical prototype, the main focus of the design is to use so-called metallic lens – extremely fine materials with microscopic particles that work in unison to properly reflect the light passing through the lens.

And the same effect of fish eye and 180 degree shooting is achieved by using extremely thin – about one millimeter – glass covered with special microscopic structures. In this way, the light passing through the lens spreads all over the inner area of the lens and can be reflected as a panoramic view – the researchers note the important fact that the production of such a lens in the future may be significantly cheaper.

So far, it remains to wait for the final development of such a lens, as it can actually offer all fans of modern quality photography something really great and interesting in the long term. Some outside experts have already suggested that it is the project presented by MTI specialists that can be extremely useful for making even more multifunctional and unusual versions of fish eye lenses.