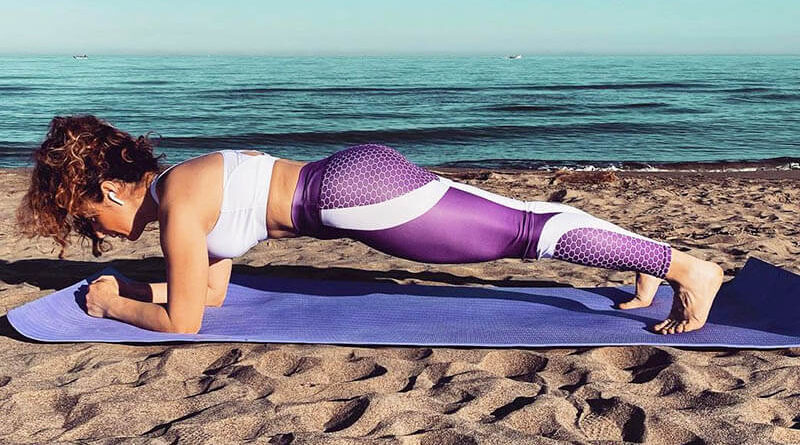 Do rhythmic melodies help you work out more successfully? Or do extraneous sounds only distract from exercise? In this article, we have collected all the research on this topic. And we’ll tell you whether it’s useful to exercise with music, and how our achievements are influenced by the tempo and meaning of the songs.

Music is known to affect athletic performance. It is much more pleasant to train to your favorite tracks. It turns out that not only motivating lyrics play a role here, but also the instrumental part. So how does the music work?

It helps you speed up

Music can have a big impact on the success of a workout, helping to increase the pace of exercise. Researchers at John Moores University, Liverpool, UK, have proven this. They followed people who exercised on exercise bikes. Secretly from them, the scientists sped up or slowed down the music in the gym. The subjects immediately, as if on cue, started pedaling a little faster or a little slower.

The authors of another study had a similar result. They offered volunteers a 25-minute playlist of six popular teenage tracks. The speed of the sound was also imperceptibly changed by 10%, without changing the pitch. At first, the experiment participants practiced with the regular version. Then to an accelerated version, and finally to a slowed down version. None of them noticed any difference. However, the fact that a change in the tempo of the music makes people move faster or slower was confirmed.

Something new came to light as well. The subjects noted that the fast version was more enjoyable to practice with. Although they exerted more effort, they did not feel any discomfort from it. Researchers hypothesized that upbeat songs not only motivated people to exercise more, but also detracted from discomfort by making it easier to cope with physical exertion.

Listening to music interferes with the brain’s ability to pick up on the fatigue signals sent by muscles. Scientists at the University of Washington were able to confirm this in 2007. Participants in the experiment, who during the workout listened to music or watched a movie, noted that they were less tired than those who exercised without such accompaniment.

Prior to that, experts had already studied how athletes who train in complete silence or darkness feel. It turned out that earplugs or blindfolds contributed to greater discomfort from exercise. Scientists believe this is because the brain cannot concentrate on signals from all senses at the same time. When a person is engrossed in a movie or a favorite song, they may not feel tired for longer. And when there is nothing to distract you, all the unpleasant feelings become many times stronger.

Fast tracks have been proven to increase stamina, and motivational song lyrics help you withstand the strain of strength training. However, that doesn’t mean that you should train to absolutely any music in order to get better athletic results. Universal tracks simply do not exist. According to experts from Brunel University in London, psychosocial factors play a huge role.

The reaction of the listeners is determined by four components, the scientists are sure. In addition to the rhythm of the song, its melody, the associations it evokes in a person and how it affects him or her, are important. Therefore, the most effective way to practice will be your own playlist, tailored to individual preferences.

This was confirmed by the experiment of sports physicians from McMaster University in Hamilton, Canada. Twenty people who had never participated in athletics before were invited to take part. The participants, with cardiac monitors attached, pedaled the exercise bike for 30 seconds, then rested for one minute. After several approaches, the researchers recorded the instrument readings.

In the next stage, the volunteers exercised with their own playlists of their favorite music. After that, scientists again studied the data of cardiac monitors and exercise bicycles, and asked the subjects about their subjective feelings from the workout. They admitted that they felt less tired during the second stage than they did at first. And the displays on the exercisers showed that they covered a longer distance at a higher speed. So there was a suggestion that “one’s own” music significantly increases concentration and helps to stick to a certain tempo.

What about movies and TV series?

Contrary to expectations, video accompaniment, on the contrary, worsens performance. A number of studies have confirmed that watching your favorite TV show only decreases your exercise rate. Scientists believe this is because this way a person is distracted much more than necessary. Not only does he stop feeling tired, but he also doesn’t notice that he’s putting in less effort.

After all, it takes more attention to watch a video than it does to listen to audio. In addition, a person needs to hold his head in a position that is not always comfortable. Music is more useful because it has a certain rhythm to which one can adjust. In the case of movies, there is no such thing.

But everything is individual. And everyone has their own motivation. If the opportunity to watch a new episode of the show motivates you to exercise more often, it’s still a good thing, sums up the experts. After all, strength and endurance depend primarily on how often you go to the gym, how much time you devote to exercise. So study your feelings about different accompaniments and decide whether you’d rather work out to a upbeat playlist or an interesting movie.