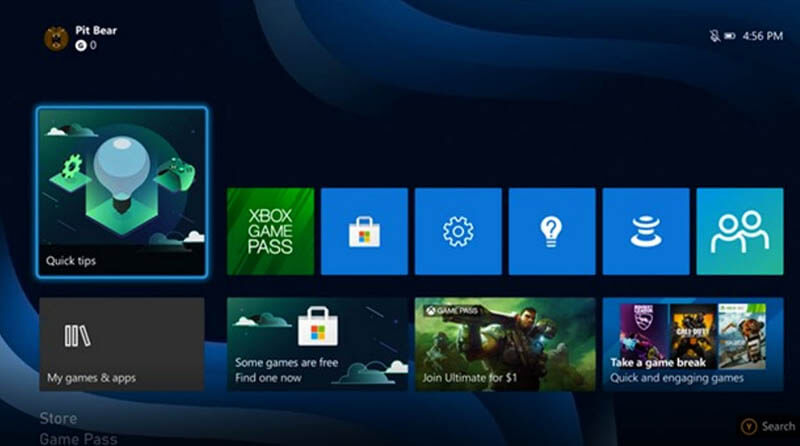 Microsoft has been preparing its new Xbox Series X and S console for a long time enough to surprise as many players as possible – in particular, with its new user interface, which is supposed to be the next link in the development of the Xbox console interface itself. Even today, a little more has become known about Microsoft’s attempts to present something really unique and unusual in this respect, as the responsible development team has demonstrated several new screenshots illustrating the new Xbox console interface, with some very interesting points.

First of all, it should be noted that the new interface does not differ much from the current generation Xbox console interface – except that it is more focused on creating a unique feeling of combining PCs and Xbox platforms, which results in the use of a fairly illustrative set of icons and slides. However, even new users of the system will probably find some very interesting things to do, for example, with regard to automatic login when the user has just turned on the console – of course, such a moment will only work if the user has at least once managed to enter his Xbox profile and leave it enabled by default.

In addition, it is worth noting the presence of several non-standard and therefore interesting choice of colors of the main screen of the user interface, which is really unique moment for Microsoft, which kind of does not like to experiment with its own user interfaces.

Anyway, and the UI of the new Xbox console somehow hints that the company will soon be able to offer its users something even more interesting and unusual in terms of switching tiles and icons. It is not quite clear yet whether Microsoft as a whole will continue its efforts to visually merge PCs and Xbox platforms, but it can certainly be said that the new Xbox Series X/S will certainly have a real large influx of new users.