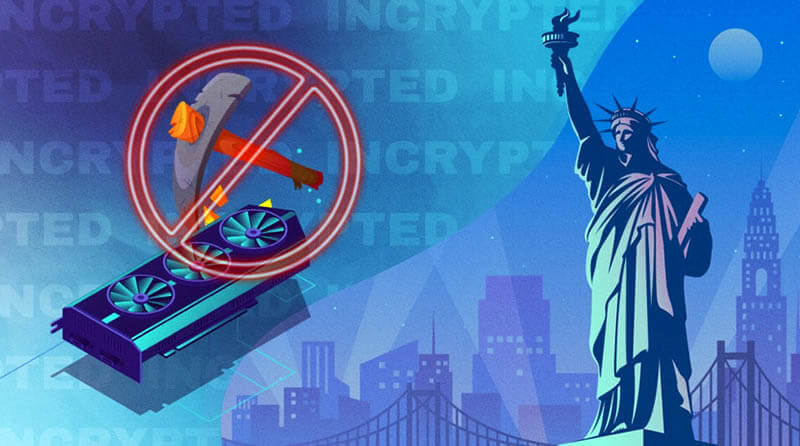 But there are exceptions for alternative energy facilities

New York has become the first U.S. state to impose a temporary moratorium on issuing permits to miners. It applies to fossil fuel facilities. The law was signed into law by the state’s governor, Kathy Hawkool.

The moratorium also limits electricity consumption for existing mining facilities at their current levels. But companies using alternative renewable energy sources are not subject to such bans.

The bill aims to mitigate the industry’s environmental impact. Bitcoin’s annual carbon footprint is now roughly equal to that of Belarus.

“I will make sure that New York remains the center of financial innovation. But I will take important steps to prioritize protecting the environment,” is how Governor Hoekul commented on her decision to approve the law.

The crypto law group Chamber of Digital Commerce condemned such a move in a statement:

“To date, no other industry in the state has been sidelined by energy use. This dangerous precedent shows how power may or may not be used.”

It should be noted that the miners are having a hard time now. Due to high electricity prices and a falling market they are on the verge of bankruptcy or have already gone bankrupt. For example, Core Scientific lost $1.7 billion this year.