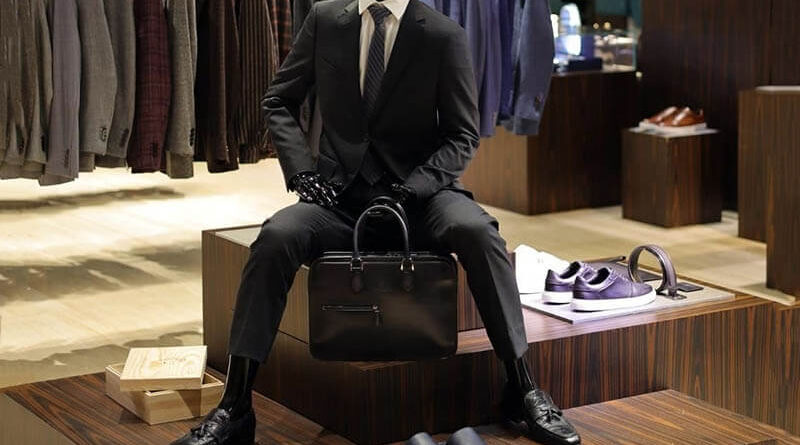 What men’s styles do we know? Business style and Smart Casual. That is, for unabashed men there are two options for clothing, either jeans and a T-shirt or a shirt and a suit. But only people who are far from masculine styling can think that way. I have a theory that men’s fashion is “character-based.” When I ask my son what he would like to look like, he names a character from a computer game; when I ask my husband, he says, -Vito Corleone from the movie “The Godfather.”

When I started describing styles and matching them with photos, I realized that many of the images on Pinterest cannot be attributed to a clear stylistic direction, such as grunge or militaristic. The images show sailors, fishermen and butchers.

Who is suitable for the business style? Office workers with a strict dress code, who participate in business negotiations, presentations. The style allows a minimum of freedom of expression. If colors, then black, blue, gray, beige. If prints, then fine stripes and costume plaid. The shoes have to be matte. The weirdest thing I’ve learned about business style is that a tie clip can change its direction and it’s a secret sign.

This is not casual, but office wear, when there is no strict dress code, but there is a request for presentability. It is acceptable even to wear bright colors in accents. As for accessories it is possible to replace a strict briefcase on a backpack and a tie may be either absent or narrow, knitted. Shoes are not oxfords and derbies, but loafers and monkeys.

Like the women’s style, black and red are present in the clothing. This style is for the confident and sexy, because drama implies affairs of the heart. Of the prints, large flowers, oriental and baroque patterns are acceptable. It is desirable that the style should emphasize the figure. Today, men’s jewelry is in fashion, and it will fit perfectly into the dramatic style.

If in women’s style the romantic style is for people who are waiting for love, in men’s style it is a style for men who can be called the “Thunderer of Hearts”. A man dressed in a romantic style is a neat, prepared, neat, a little older brother that all your girlfriends pine for.

A style for creative professionals. Implies freedom of expression and color. It would seem that any wacky image could be attributed to the creative style, but no. A person dressed in a creative style is ready to attract attention. Clothing can be bright colors and bold prints. Unusual silhouettes are acceptable.

Bohemian, boho is the most understandable style to embody. It is a style combined with carelessness, lots of accessories, ethnic motifs, natural fabrics. Among the famous personalities in this style is dressed Johnny Depp.

Nautical style in men’s closet implies the presence of a jacket and/or vest. A simple nautical-inspired look is easy to assemble from white pants, a striped T-shirt, and a red belt.