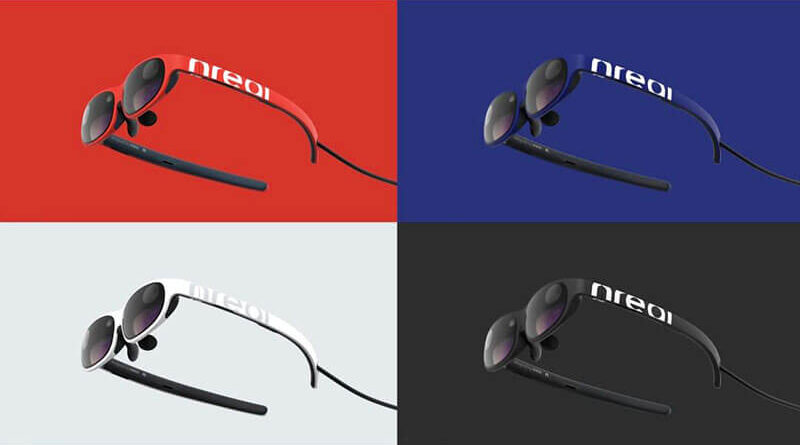 Nreal, which is engaged in the development of modern and much more comfortable than current models of virtual and augmented reality glasses, today presented official data on the speed of release of its long–awaited mixed reality glasses called Light. However, it is worth stopping the powerful flow of user enthusiasm immediately, as this news is about a special and limited offer, available only to buyers from South Korea, who are willing to spend on the purchase of this model of glasses a little more than it was originally planned – about $ 800 more.

The fact is that the management of the company Nreal, which has actually completed the final stage of internal testing of their mixed reality glasses Light, decided to release its model together with the new flagship of Samsung in the face of Galaxy Note 20 Ultra 5G. And this decision was really unusual for many users, although, if you look at the question in more detail, everything is in its place. Firstly, the manufacturer Nreal is not yet sure whether the Light glasses can realize the goals and aspirations of most audiences in the world, and secondly, previously signed a working contract with Samsung to increase both its own and partner sales.

Thus, it becomes clear that Nreal intends to produce by other people’s hands something like a field test of the functionality and convenience of its Light glasses, although this price approach and policy do not seem so balanced – because the total cost of a set of Light glasses and the flagship Galaxy Note 20 Ultra 5G will cost about $ 1,300.

Given the fact that the Nreal engineering team has previously noted its interest in improving the current approach to virtual and augmented reality in terms of the convenience of wearing the appropriate devices, it is clear that its new Light glasses may be the most popular and in demand in the world as a whole, because they offer the perfect balance between weight, ergonomics and performance of the external type.