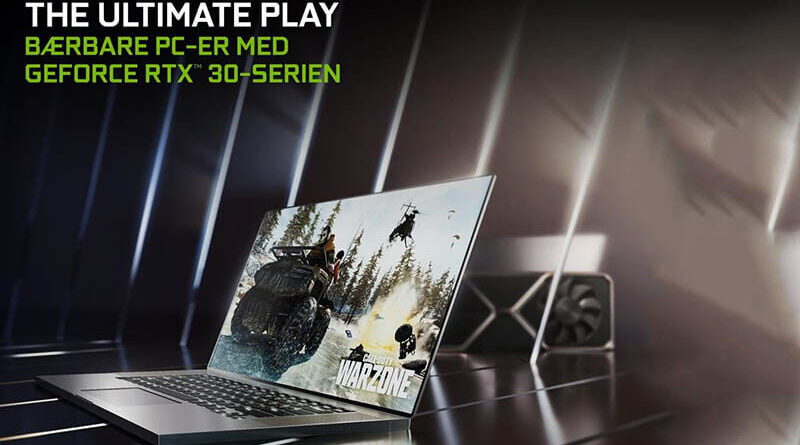 In the two previous generations of graphics cards NVIDIA – Pascal and Turing – mobile and desktop versions of graphics gas pedals received the same GPU, and differed in the first place by clock speeds, and accordingly the power consumption. In the case of Ampere, NVIDIA has returned to the old practice of building mobile versions of graphics cards on chips with a different number of execution units (CUDA cores, etc.) than their desktop counterparts. Also, some models have a different amount of video memory. Accordingly, there is no need to talk about the proximity of mobile and desktop graphics performance in this generation.

Despite all the differences from the desktop flagship, GeForce RTX 3080 is the fastest notebook graphics card at the moment. The manufacturer has positioned the new product as a solution for games at 1440p resolution at maximum graphics settings with frame rates of 100 FPS or higher. And in popular multiplayer games GeForce RTX 3080 will be able to provide more than 260 FPS.

Also presented GeForce RTX 3070. It is also built on the chip Ampere GA104, but in the configuration with 5120 cores CUDA (desktop GeForce RTX 3070 has 5888 cores). This graphics card will also be released in Max-P and Max-Q versions. The maximum GPU frequency will be 1620 MHz. The amount of video memory here is the same as in the desktop version – 8 GB of GDDR6, which are connected via a 256-bit bus. According to NVIDIA, RTX 3070 mobile is up to 1.5 times faster than its predecessor GeForce RTX 2070, and can deliver a stable 90 FPS at maximum graphics settings at 1440p resolution.

Finally, the youngest of the new products is a mobile GeForce RTX 3060. At the heart of this gas pedal is Ampere GA106 graphics processor in the configuration with 3840 CUDA cores. Its frequency reaches 1703 MHz in Max-P version. The GDDR6 video memory capacity is only 6 GB and 192-bit bus is used for their connection. Note that the desktop RTX 3060 has only 3584 CUDA cores, but it has 12 GB of memory. According to NVIDIA, the mobile GeForce RTX 3060 to 1.3 times faster than PlayStation 5 and can provide a stable 90 FPS at maximum graphics settings in 1080p.

The GeForce RTX 30-series graphics cards have some interesting innovations, including Resizable-BAR technology support. It is part of the PCIe standard specification, and allows the CPU to access the entire memory array of the video card. This eliminates potential bottlenecks and adds a few percent of frame rate in games.