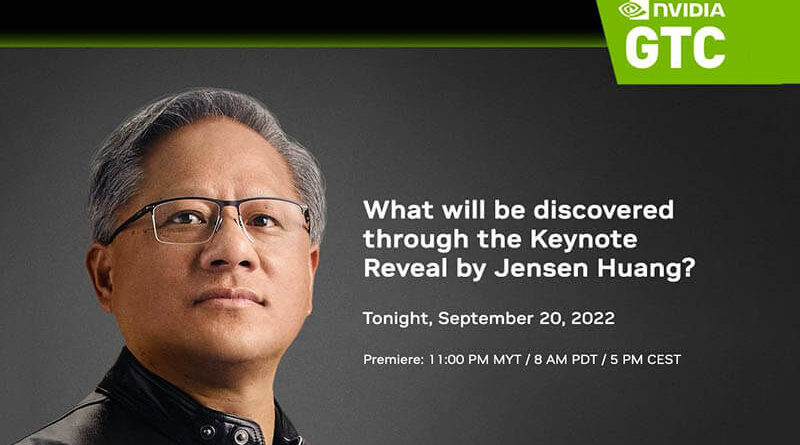 Nvidia at the conference GTC 2022 presented processors for processing of artificial intelligence tasks, as well as a number of services for developers.

Chips are made by 4-nm process and contain up to 76 billion transistors. The key features of the new architecture are the third generation of RT cores and the fourth generation of tensor cores.

The GeForce RTX 4090 graphics card features 24GB of GDDR6X memory. According to Huang, the gas pedal contains 16,384 CUDA cores and is four times the performance of the RTX 3090.

Both graphics cards will go on sale in November for $1199 and $899, respectively.

Huang announced a new version of the DLSS 3 game AI upscaler. According to him, in some projects, the algorithm quadruples the FPS without loss of quality and smoothness of the picture.

DLSS 3 will only be available on GeForce RTX 40 Series.

Huang also announced the start of mass production of Nvidia H100 server chips. According to him, the new gas pedals are 3.5 times more efficient than their predecessor. This allows you to reduce the cost of ownership of servers, reduce the number of nodes while maintaining the level of AI performance.

The head of the company announced a system on a chip (SoC) Drive Thor for autonomous vehicles. According to the statement, the platform will deliver 2,000 teraflops of performance.

The first cars on SoC Drive Thor will not appear until 2025.

Nvidia announced a service platform for creating large language models. NeMo LLM is for text generation and generalization, while BioNeMo LLM is for protein structure prediction, drug development and other medical research.

The company also unveiled its own Omniverse Cloud Services platform for creating and maintaining artificial intelligence and meta-universe applications. The service includes:

Some services of the cloud platform are already available to users.