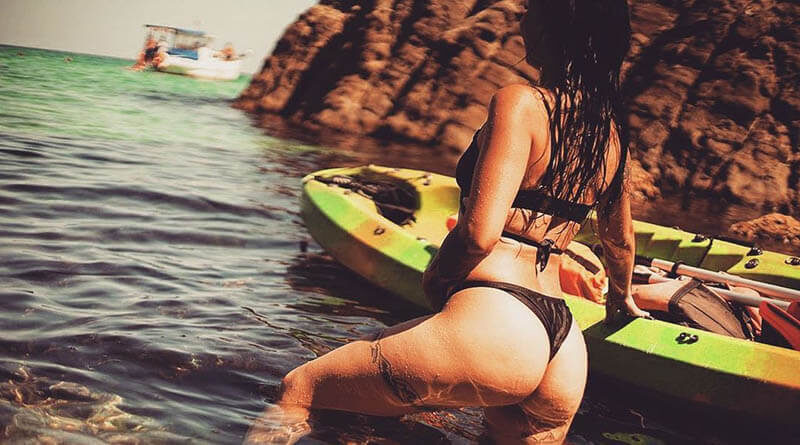 In today’s world, the term “nymphomaniac” is often interpreted in the wrong way. It is used as an insult, then as a compliment, and acquaintance with a nymphomaniac many representatives of the stronger half of mankind imagine as a real gift of fate.

But is it all so straightforward? And isn’t nymphomania something more serious than just hypersexuality?

A generally accepted definition of nymphomania is pathological sexual desire, which can be both congenital and acquired.

In the first case, the disease manifests itself very early, often in childhood, and is usually caused by disorders of intrauterine development that have affected the formation of the central nervous and reproductive system.

Acquired nymphomania can manifest itself at any age. It is caused by psychological disorders (e.g. manic states), gross hormonal deviations (e.g. during puberty, menopause, etc.) and neoplasms in the genital organs or in the brain.

The so-called imaginary nymphomania deserves special attention. It develops against a background of acute mental trauma, severe psycho-emotional crises, and is not a disease, but rather a mechanism that compensates for events experienced or being experienced at the moment.

It is wrong to think that nymphomania is a condition that allows women to experience acute sexual sensations and generally makes life more fulfilling, though excessively promiscuous. No, it is an illness that causes a huge number of social and personal problems and is very severe – a woman suffering from nymphomania really suffers and needs qualified help.

How to identify the problem

Normal sexuality is a source of pleasure for both the woman and her partner, if the couple’s relationship is properly built.

But a completely different picture looks with pathological hypersexuality – nymphomania. It is necessary as soon as possible to consult a psychotherapist, neurologist or gynecologist, if even one of the following symptoms repeated constantly:

Uncontrollable sex drive. It occurs without connection with any sexual stimulation, at any time of the day and under any circumstances (at work, on public transport, at a doctor’s appointment, etc.).

Obsessive thoughts about sex. These fantasies literally haunt a woman, they involve completely different people, sometimes not existing in the real world.

Uncontrollable provocative behavior. It is dictated by the unquenchable need for sex and can be directed at any person who happens to be around – the woman’s goal is to lure him into bed at any cost.

Lack of emotional connection with sexual partners. True nymphomania is a condition that does not imply any “overindulgence”. A woman may experience an irresistible attraction and have sexual intercourse with a man to whom in her healthy state she would remain indifferent, and even with someone who would cause her antipathy or disgust.

The number and quality of orgasms are irrelevant – a woman does not feel satisfied even after hours of sexual marathons.

Aspects concerning treatment are not omitted by mistake. In each individual case, the therapy strategy is chosen individually and may include neurosurgical, drug, psychotherapeutic methods, hormonal correction and many other areas. But all successfully treated nymphomania, there is a common point of intersection – the recovery period.

When critical thinking returns to the woman, her memory helpfully slips her memories of her “promiscuity”, the number of sexual partners, the fact that some of these partners were probably antisocial personalities, etc. This makes it all the more frustrating for the woman.

This is even more distressing to the woman than the nymphomania she had been experiencing.

Psychotherapy is critical during this period. An experienced and highly qualified clinical psychologist or psychotherapist will help the woman to live through these feelings rationally – to realize and accept the fact that her personality was under the influence of a severe disorder, that she can successfully manage these negative emotions.

The doctor works to socialize the woman, teaches her the basics of “anti-stress” thinking and monitors crisis periods when (and if) they occur.

Remember that nymphomania has nothing to do with promiscuity or sexual perversion. It is a disease that can turn your life upside down and redraw a woman’s future.

Don’t delay with treatment, don’t let the disease take control of you and your life. And do not feel ashamed! If you find signs of nymphomania, it does not mean that you are prone to “wrong” behavior. It means that the disease played the lottery, and by chance it was you who won it. And it is up to you to decide what to do with that “winnings.