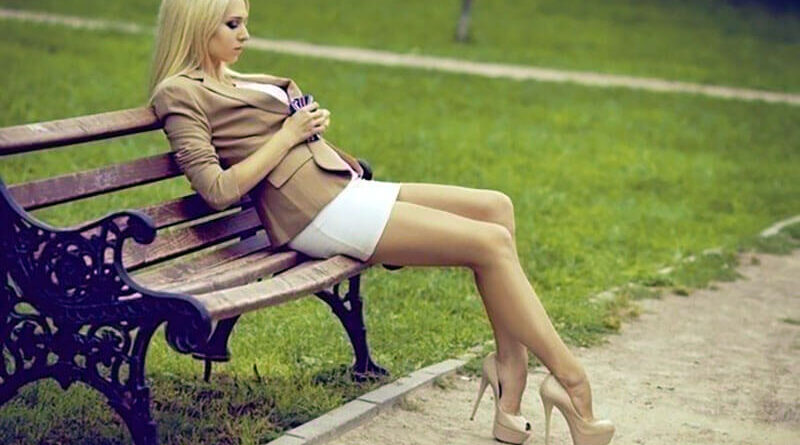 Where else do I get to know you? Outside? In a cafe? In the subway? There’s a much better chance of hitting a maniac than on the Internet. A normal man wouldn’t hit on the street. He’ll just make sure he gets rejected because decent girls don’t meet on the street again. And on special sites gather people who are already set up to have an affair, so there is nothing shameful about writing to someone. And while you write, you will have at least some opportunity to get to know the person. No one makes you go out immediately, let alone on a first date to go to his house. By the way, in the process of exchanging emails, you can get to know a person no worse than a couple of hours of dating. Of course, it may happen that when you meet in person, your chosen one will not be who he claimed to be. But why not give it a try? You can’t keep getting to know people you don’t like.

All this dating on the Internet is a waste of time. Girls who visit these sites are either very ugly, or want to get money for their services. And the first category never publishes their real photos. Either it’s a photo from five years ago, taken before Madame had time to break away to the size of a hippopotamus, or a photo of a friend. I met some of the girls on the Net a few times. And when we met, they were all much worse than the pictures. I even asked them why they were doing it. And they said they were hoping that I didn’t appreciate their looks but their soulfulness. I don’t want their qualities! I want to find a beautiful girl who is not ashamed to show her friends. And it’s a complete deception. They fool men all they want. Besides, they don’t seem to write letters on the web themselves. While you’re writing, everyone seems to be so smart, funny. And when you meet them, they can’t tie two words, they’re shrouded up and stuffed. So I’m really disappointed in Internet dating. I’d rather look at a girl right away and assess whether it is worth talking to her at all or better to look for something with a more presentable appearance.

What’s wrong with virtual dating? After all, there are whole communities that are united by common interests. For some reason, many online dating people associate exclusively with sex without any obligation. There really are a lot of such sites, but they are not limited to the Internet. My wife, for example, has a passion for handicraft. Among my acquaintances, she’s the only one who is interested in embroidery and knitting. And the Internet is full of people like that. And why don’t they exchange experiences? What’s wrong with that? But even if we’re not talking about some interest groups, I think the Internet is no worse than other places to meet. After all, there are a lot of people visiting the World Wide Web, and they are all very different, so the chances of finding someone you like are much greater than, say, in an office with five or ten people. And the boundaries on the Network have been erased. If a single woman couldn’t find a man in her country, why should she put an end to her personal life? You can try your luck with foreign fiancés. And many people end up getting married. Yes, not all these marriages are long-lasting, but those who have met in real life also get divorced. And I don’t think there’s a higher divorce rate among those who started a family online.

It’s very dangerous to get to know each other online. I think for many people it’s just business. Luring a victim on a first date and robbing or poisoning someone. These visitors even hide their names under all sorts of nicknames. Why would they do that? If a man has no bad intentions, he’ll sign his own name, not some click. And there’s no way to check them. If you met a man at a friendly party, for example, you can find him through people you know. And on the Internet? There’s no way to find out who’s sitting at the computer. You have to be careful! It’s a very turbulent time. There’s plenty of crime. And the crooks are very shoddy steel. They’ve got nothing to do with the Internet. So you’re gonna run into some scammer. For what? Get to know each other better at parties or at work after all. At least there’ll be someone to report to the police later.

That’s how I found a husband, so I support networking in every way. It is not true that dating sites are visited only by those who want a short, non-binding relationship. A lot of people are really in a serious mood. In fact, I myself was very skeptical about dating on the Web. But it turned out that I broke my leg and had to stay home for three weeks. The only fun I had was the computer. And so I registered on a dating site with nothing to do. I didn’t expect anything from it. I thought I’d have fun while I was at home and then delete my profile. And you know, it turned out to be a drag! I haven’t talked to as many people in my whole life as I have in these three weeks! And here, among all these visitors to the site was my future husband. I postponed a private meeting for a very long time – to be honest, I was afraid to be disappointed. But when we met “real”, it turned out that he was even more charming than I thought, while we corresponded. He then confessed to me that he went to the site for fun. He wanted to find a girlfriend for a while. He broke up with his first wife just then, and he thought he’d divorce himself that way. And when he started texting me, he found out he’d met his soul mate. Anyway, after that first real date, we barely broke up. Two weeks later we started living together, six months later we signed. Our marriage is five years old, and during that time I was never disappointed. So my advice to all single women is that in search of love do not neglect modern technology!

And who meets on the Internet? Only those who no one in real life needs. If a person is not needed in his environment, where he is well known, then why do you need him? Rest assured, everyone who visits dating sites has some significant drawback that prevented him from having a personal life. And if you’re a normal person, why would you contact someone who hasn’t managed to get along with any of the people around you. It’s not going to work out anyway. While sitting at the computer, you can hide your vices, but once you really get to know each other, all these shortcomings will surely come to the surface. So, personally, I think it’s a waste of time. You can’t find a good person on a dating site anyway. And then should you visit them? I think it’s much more useful just to look around, maybe your other half is somewhere near you, and you’re wasting your time on correspondence with some strangers.