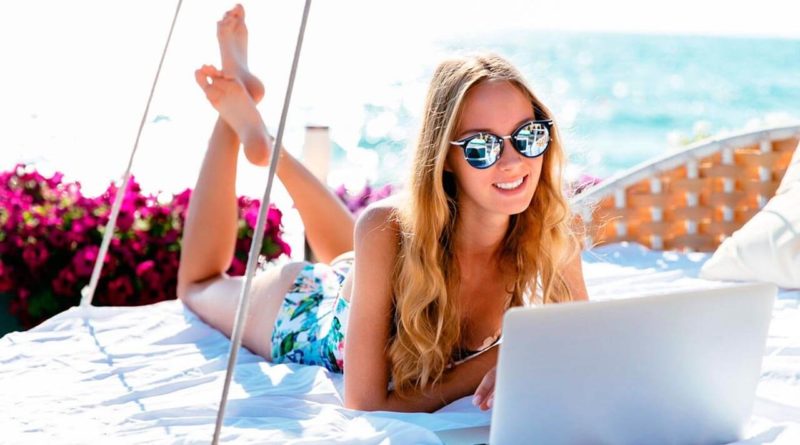 Internet dating sites. Register freely, write about yourself anything you want freely, upload a photo, which you want freely (almost to frank intimacy), and then for your relationship no one bears any responsibility. Thus nobody breaks laws. No argument, everything is legal.

But who hides and what awaits you for such freedom of communication? What does such free communication carry in itself, such virtual flirting. What is more: positive or negative? And everything depends on whose eyes to look at it: male or female, the eyes of an optimist or pessimist, from what age, etc. I will share my thoughts that have formed in me after listening to unsafe stories online dating to a greater extent from women.

Men, unfortunately, are ashamed to communicate and consult with a psychologist. They mostly make fun of each other on dating sites, get acquainted “easily” for “one or two” times, show themselves, their “portfolio” to everybody, asserting themselves in their eroticism and sexuality. Do not hesitate to “bother” on the Internet, to draw attention to themselves, be it girls or boys. And what verbal freedom! What I want, I say. As I want to, and say.

Some people get to know each other seriously and even get married, mostly at the age of 18-25. This is the age when instincts require continuation of the birth and win. I suppose (from everyday experience, statistics are missing) that internet marriages are few and rumours are many. Visitors of a site of acquaintances from 25 years till 35 years (approximately) spurns interest “it is time to get married” or “to marry” for those who yet have not found the “sympathy” in real life.

And also at this age, sites are introduced to those who have already registered in marriage / marriage and not very well: “did not work out”, “did not agree with the character” and want to look again for her or his “only” or vice versa, enjoy freedom of choice and relieve psychological stress after the divorce of new feelings, sex intrigue.

An interesting category of men is “a decent family man”. In the evening in the family (or vice versa) he is an exemplary husband, and in the afternoon (or evening) he is free for a couple of hours for a woman from a dating site. These are those who for 35 – 45 years and more, and at whom the family, it is possible to tell, was kept till now. This is usually a man on the site without a photo, thirsty for strawberries with girls from 16 to 30 years. What only Nicky men, “attractive”, for example, “lizard”, “sissy”, “old cat”, “ripped off”, etc. Who answers such “gentle and gentle” guys, of course, “bitch”, “leech”, “fool”, “naive”, etc. Everything is clear without comments. Such ponds at least…

I want to draw the attention of women who are looking for serious acquaintances. Do not bear the fruit of their desires, fantasies on any man who liked the picture. Do not open his soul at once. If a man invites you to the apartment, be careful. Going on a date, tell your girlfriend where, when, and where the place of your meeting. Try to decide on the choice of the man, making him a date in the afternoon in a public place: in a cafe, on a bench in the park. And if you are invited to meet in a car, then also insist on a “crowded” place. The “right” man will not refuse a date “in public”, wanting to seriously get acquainted with a woman.

A normal man will take into account a woman’s interest and understand her “fears” correctly, but “not normal” will behave the other way around. Once I was told with humor his story of acquaintance on the Internet, a young guy who talked to a girl, invited her on a date, came with flowers, and he in an agreed place waiting for two guys. What, how and why did this happen, the guy did not specify (the guys he did not like very much), and quickly “gave a shit”, bypassing the meeting place, as if he happened to be here by accident, and quite “for nothing. It was funny after that, and during that time it was not funny. Often guys meet girls in the car, producing an effect on them, and everything ends very banal, the guy is married or free, but they have one thing in mind: to persuade the girl to have oral sex, and then the next time (!) he “will rent an apartment and give her a lot of pleasure”, but then she will not see him again or will see a couple of times.

What happened to the men? After all, all these girls and women who are on the Internet are around you, in the real world! Take a closer look at how many of them pretty, cute, pleasant go down the street, resting in a cafe, walking on the boulevard or nearby in the park in your area. Nature has determined the right for you, men, to come first to a woman to meet her. Seeing a woman “live” eyes, you immediately feel a “spark of desire” or do not feel. By appearance, by gestures, by manner of behavior, by facial expression, by speech, we quickly determine “like – do not like” him or her. Wrong, burned by rejection, so what? Men stop hanging out on the Internet, stop hiding in their cars. Meet in real life, do not be afraid of refusals, so it is not your girlfriend or woman.

Meet Easily! Remember the hero Pankratov-Black? “Where is the novelette here? (read the opposite “phone”). So they pester girls in the street, wanting to get acquainted. One of the girls was shrugging, shrugging and passing by, and yet he met a friend of two.

Understand correctly, I do not advise to go outside, as these characters in the movies, and start to hit on all the girls. But only if you like the girl / woman, do not miss the moment. Smile and smile with a pleasant smile, without trembling in your voice, with a joke or with moderate seriousness approach the girl / woman and easily and freely say, ask, offer, for example: – Girl, I liked you, can I ask you out, if you are free/unmarried? (or ask to a cafe, theatre, cinema…) – Girl, you are very pretty (nice, nice), can I meet you?

Call me (give the girl your business card, which should always be kept with you on a few pieces) If the girl is hanging around, it does not mean that you are “crazy”, there are girls “out of it”. But this is her problem, not yours. If the girl showed interest, but with or without caution, then immediately reinforce your safety for her, for example: – You, excuse me and do not be afraid of me, but what to do free (lonely) man at the sight of a pretty girl / woman, immediately want to get acquainted. I won’t hurt you, I won’t take you anywhere, let’s meet in a crowded place in the afternoon, where you choose the place of meeting. We will talk and decide whether or not to meet. This option of acquaintance was and is considered quite normal in a civilized society.

Earlier in Soviet times, men met girls, in a tram, bus, in a recreation park and saw her home. And what actually prevents us from doing so today? Dogma and false “stereotypes” that it is “not decent”. What is “indecent” about it? Even in the 70’s in Soviet Riga “restaurant acquaintance” was practiced, just a decent acquaintance, as in socialist Europe at that time. And then and today in the civilized countries it is considered the norm that many single men or unmarried women come to rest in a cafe or restaurant in order to get acquainted.

The waiter’s duties included “seating” the guests of the restaurant with the consent of the customers, i.e. with the permission of the men (or women) sitting at the table, they were given sit-in, wishing to talk to them or meet women (or men). Why don’t we restore these wonderful social norms of behavior in society today? So, free men who are single on their own will, I remind you: “all the girls and women who are on the Internet around you are in reality!

Look around you, look around you, how many of them are pretty, cute, pleasant to walk down the street, relax in a cafe, walk on the boulevard or near the square in your own area. Stop hiding online and in cars. Get to know each other in real life!