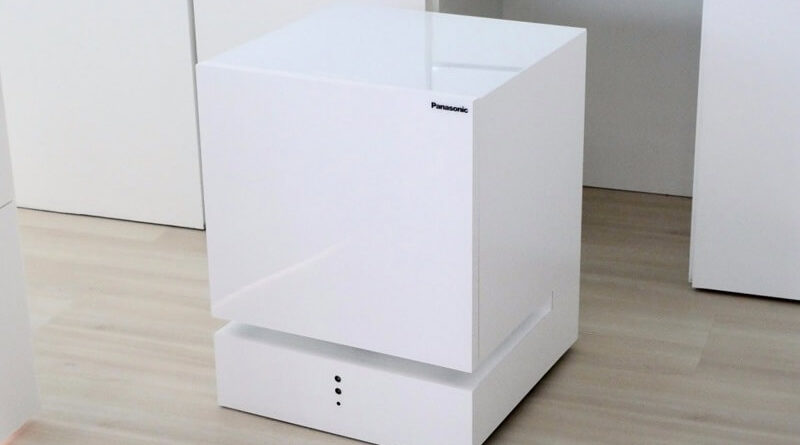 Panasonic brought a very interesting home appliance to IFA 2019 – a prototype of the “fridge of the future”, capable of recognizing the owner’s voice commands and moving around the house on their own. That is, on command he will be able to come to the owner himself. Actually, this is exactly what he was conceived for.

The development has a simple name Movable Fridge and it is very likely that in the near future such devices will be registered in the homes of ordinary users – at the current rate of development of voice assistants and AI it should not surprise anyone. And the most popular scenario for sure will be the delivery of chilled beer during a football match ;).

Actually, the device Panasonic will be more correct to name a mini-fridge or a mini-bar as on the sizes it approximately corresponds to the freezing chamber of modern full-size refrigerators. And yet, it does not make it less interesting exhibit of the exhibition.

Movable Fridge helps to orientate oneself in space and move around on one’s own, avoiding obstacles and collisions. In particular, these are depth sensors and laser sensors. So you don’t have to worry about hitting your pet or any other object.

Another interesting feature of the Panasonic self-propelled mini-refrigerator is the provision of detailed information about each drink that is stored in it. In addition, a smart fridge can recommend snacks. This functionality is implemented by connecting to a database.

The video shot by the editor of the Metro edition Lucy Hedges, allows you to evaluate the possibility of autonomous movement of Movable Fridge.