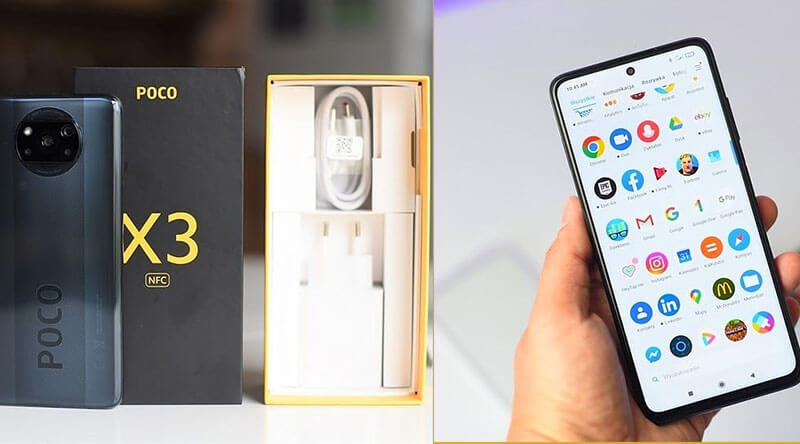 Today was presented smartphone Poco X3 NFC – the first device conditionally independent brand (not including Pocophone F1), which is a unique model, not a copy of any other smartphone Redmi or Xiaomi. But what is more important is that Poco X3 NFC is very surprised by the ratio of price to parameters. Recall that it received the latest SoC Snapdragon 732G, 120 Hz screen, stereo speakers, a large battery and 33-watt charge, all for a price of 230 euros. And the network already has unpacking photos, allowing you to evaluate the novelty alive, as well as relevant videos.

As you can see, a live smartphone, because of the very unusual design of the camera module, really looks quite original. At that, for example, the frames look quite thick, but more than acceptable for this price category.

As for the tests, the smartphone received flash memory with read and write speeds of 508 and 179 MB / s, respectively. In AnTuTu, the test sample scored almost 280,000 points, which is noticeably less than the promised 300,000, but it does not matter. Snapdragon 732G is actually the same Snapdragon 730/730G with minimal differences.

But the autonomy test showed excellent results compared to Redmi K30 Ultra and Xiaomi Mi 10 Ultra. In general, it remains to look at the comparative tests of cameras, but so far Poco X3 NFC looks like the best smartphone in the price segment of 200-250 dollars.