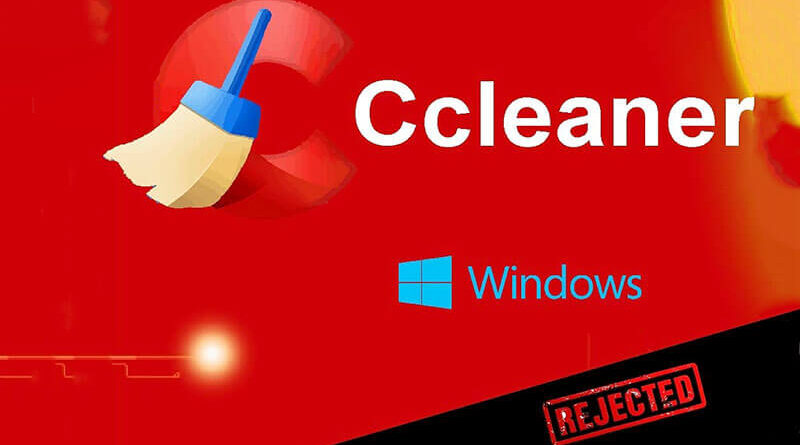 The CCleaner application that searches and removes “unnecessary” files and Windows registry keys is known to many PC owners. But, as it turned out, the creators of the popular desktop OS do not share the people’s love for a useful utility – the antivirus built into it “branded” the program as potentially dangerous. Microsoft representatives have already commented on the situation and explained the reasons for the incident.Several years ago, elements of third-party software appeared in the free version of CCleaner, which, among other things, transmitted telemetry data to Avast servers, which bought the application developers. Shortly thereafter, discussion of the utility was tacitly banned on the official Microsoft forum, although company representatives denied this state of affairs. Now the installers of the program were also on the “black list” – but this time the softmaker explained in more detail what was the matter.

“While the applications themselves are legal, additional bundling of software, especially with products from other vendors, can lead to unexpected software activity that could adversely affect the user’s computers. To protect Windows users, Microsoft Defender marks CCleaner installers that exhibit this behavior as potentially unwanted applications, ”Microsoft said.According to the company, CCleaner can be downloaded from various resources. They usually provide additional software (Google Chrome, Avast Free and AVG Free antiviruses) installed with CCleaner. According to Microsoft, such applications are offered by third-party vendors and may cause system software to malfunction.