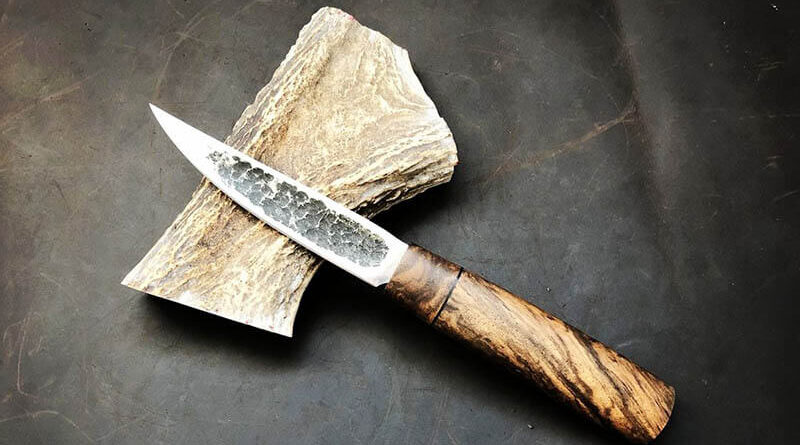 Hunting and skeet shooting are practically inseparable; few hunters will deny themselves the pleasure of skeet shooting. Before the opening of the hunt, hunting companies sometimes create long lines at the shooting ranges. Some to “test the eye”, others to make sure their guns are reliable, and newcomers to try out their first purchase.

Sometimes ignorance of the basics of shooting and the inability to correctly select or ammunition results not only in misses, but also in the unjustified replacement of a shotgun.

A minimum of knowledge and skill in handling guns and ammunition is necessary for every hunter, and the following tips are devoted to it.

Never point the barrels of even an open shotgun in the direction of people. When you have finished shooting, it is better to put the gun in its case. If you have brought a ramrod with you, never put an unseatable knee to the barrel in the case.

There have been cases when a ramrod flew out in front of the shot, and, of course, the shotgun was permanently ruined after such a load. Before loading check the barrel channels, especially after an incomplete shot.

When hunting be careful not to get dirt or snow in the barrels. When you come back from a hunt in the cold season, put your gun in a cover before entering a warm room, where slowly warming up the metal of the barrels and the stocks will not be covered with moisture.

One game warden lost a great tee when he went inside for half an hour out of the cold. Moisture condensed in the rifled barrel and a thin crust of ice formed in the cold, which caused the bullet barrel to burst when shooting at an elk that came out so inopportunely.

In such cases, it is better to leave the gun out in the cold. Condensation in the mechanism can also cause trigger failure. Safety rules are described in the hunting minimum and other hunting literature, and there is no shame in repeating them before hunting.

HOW TO HOLD A GUN

Most hunters have Izhevsk or Tula shotguns in their arsenal, but there are also many foreign made guns in use. Most of these guns are made for the average hunter and can generally be used for hunting or amateur stand shooting without any modifications or adjustments.

It should be noted that most imported double-barrel shotguns are well-balanced, and German-made double-barrels are also usually very easy to handle and do not cause any complaints to shooters of different builds.

Automatic rifles have a balance that far exceeds the recommended norms, and will change as the magazine runs out of ammunition during firing. But some skill and shooting techniques will mitigate this disadvantage.

If the center of gravity of the gun is excessively shifted forward, do not try by significantly moving the left hand (for right-handed shooters) to the end of the fore-end, place the center of gravity evenly between the hands, as most hunting publications advise; the left hand extended at an angle of more than 100-120 degrees with quite a great effort to hold the gun weight, despite the increased leverage, and the resulting muscle tension will complicate the control of the gun body, negatively affecting accuracy and speed of levering and firing.

In this case, compromise, let the left hand be closer to the center of gravity than the right one, the left elbow should be below the fore-end rather than at the side, and certainly not at shoulder level, do not raise the elbow of the right hand unnecessarily high either.

Also you should make sure that the gun doesn’t fall down. With some skill to control your body, such as: raising, lowering, bringing forward or taking the shoulder away, which is achieved by home training, better in front of the mirror, you can successfully use the gun with the standard stock without its modification.

By changing the angle between the gun and the shoulder line, changing the position of your left hand on the fore-end, find the position of the shoulder when the front sight is in the middle of the sighting bar and the bar is closed or ajar not more than one mm, the cheek touches the ridge and the head does not fall to the right, the sight is directed straight and not to the right if possible.

If you have a very low ridge or a very dry face, when you fix your cheek on the stock you have to “fix” the neck muscles, which is not really good, but in general it won’t affect your shooting results much.

Usually an experienced shooter always manages to adapt to a standard stock and show quite satisfactory to good results. Individual fitting of the stock is a painstaking task and if you don’t aim at high sport results, you can successfully use a standard stock or just change stock length and pitch only.

The size of the stock depends not always on the length of the shooter’s arms, but also on the manner of tabbing the gun, for hunting do not chase a long stock, it is the “privilege” of athletes who shoot at the trench stand, and the pitch for hunting is 10-15 cm down.

It follows from this that a cartridge loaded with quality ammunition and with optimum powder load has an initial shot velocity which is 40-50 m/s higher and, consequently, a greater range.

When hunting, do not chase a large shot, use the smallest number recommended for this type of game.

For hunting, a reasonable increase in the powder load (see instructions on the package) leads to an increase in the width of the powders, which will positively affect the results of the shot, especially for beginner hunters.

A good cartridge is characterized by a “dry”, relatively quiet shot and moderate recoil. Imported cartridges and cartridges from leading Russian manufacturers have quality components, and the shot from a modern shotgun is usually good or even very good.

Hunters – amateur benchrest shooters who due to existing circumstances can not afford to purchase ready-made ammunition, should be advised to shell their own ammunition, using collected cartridges, polyethylene wads and shots, by the way in the 70s at the SSC CSF SSS SSS SSS practice was to reuse these components in the cartridge filling in the loading workshop of the mill.

Cartridges should be calibrated (especially metal heads), wads washed and dried, shots to be collected in accumulation places at about 150 m from the main target flight line, shaken through a sieve (colander), washed and dried.

Inorganic inclusions accidentally left in the shot and polyethylene wads will not damage the channels of the barrels. It must be remembered that cartridges loaded in a used cartridge case do not last long in storage.

Residual oxide reacts negatively on the powder, but such ammunition is obviously not very useful. A can of gunpowder and a pack of givelo will not do much damage to the family budget, the cost of such cartridges. There is no shortage of shells, wads and buckshot for a long time now, and no one will prevent them from being collected at the booth.

There is hardly any company today which produces sport shotguns with horizontally placed barrels. The niche of sport shooting is firmly occupied by the boxflints, but when hunting traditional horizontal guns are not only more convenient but also more enjoyable, especially when shooting at dusk, but in general the choice of gun is a matter of taste.

Most of the shotguns used for duck flights and geese hunting are semi-automatic, sometimes with an increased magazine capacity of up to 8-10 rounds, which is not exactly sporty.

In many countries, the magazine of “automatic weapons” is limited to two cartridges, our hunters have not “grown up” to this.

The practice of shooting will help master the gun, acquire the necessary amount of ammunition, and in the hunt will be much more hits than misses.