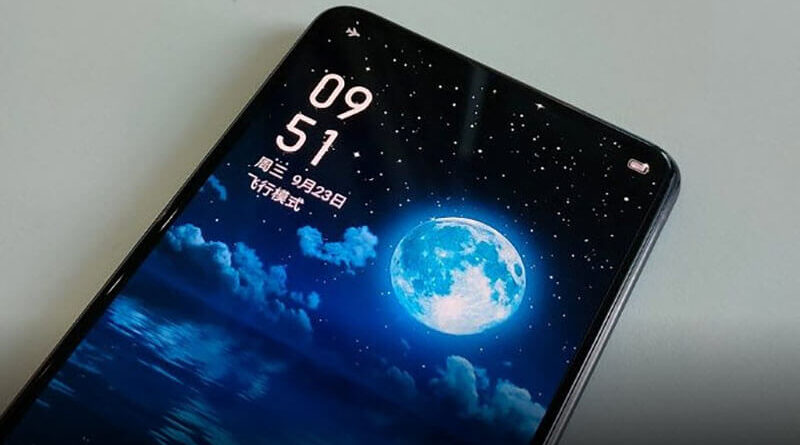 Read hours ago in the social network Weibo on the page of the Vice-President of Realme there was a hint of the smartphone with a new fashion solution for the front. We don’t know when, but it’s almost certain that the brand line will be extended with a camera’s subscreen sensor. This is indicated by the corresponding photo, mass controversy on this issue under the post and a number of other reasons.

As it follows from the message of the top manager Xu Qi, the test sample was demonstrated to him in the Development Department of Realme at the next visit. The manager was hardly surprised by the sliding mechanism selfi-chamber, of which there are many on the market today, and decided to share it with his readers. Moreover, such a solution is embodied in his own devices, such as the Redmi K20 and K30. So, it was almost certainly a question of a subscreen lens. Today there are only two such gadgets on the market – Vsmart Aris Pro and ZTE Axon 20 5G.

In addition, the form factor with retractable front camera has not become very popular for a couple of years. This may be due to a lack of confidence in the mechanism, which has limited cycle life. Suppose, for example, in the mentioned Redmi K30 Pro this figure is 300 000. That is why many experts considered the post of the head of Redmi to be a source of interest in the upcoming announcement of a new smartphone with an “invisible” camera.