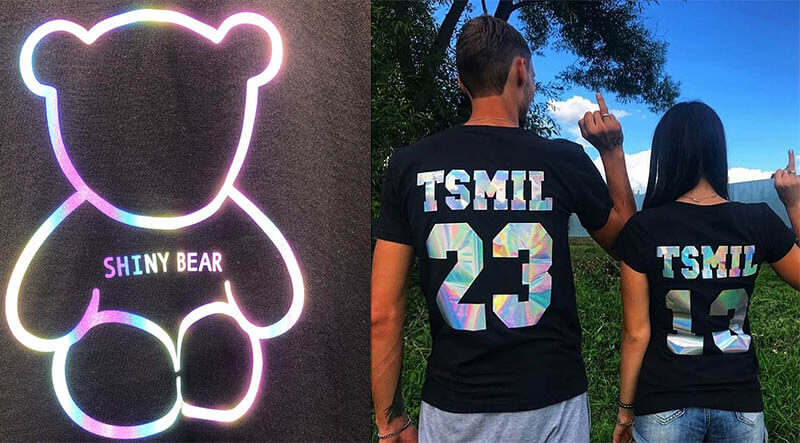 Designers of leading fashion houses do not cease to amaze consumers with unconventional thinking. Today, at the heart of many collections there are clothes that strongly resemble the uniform of road workers, lifeguards, firemen. These are overalls, jackets and pants made of waterproof raincoat fabric. Models are complemented by reflective inserts and details that “flash” when directed to them a light source.

Reflective clothing should, according to designers, not only make it safe to move down the street (pants and jackets with reflectors are visible from afar in the dark). Such a bow will allow the owner to literally shine in the crowd, to stand out among the mass of ordinary people. And, strangely enough, the idea came to fruition. Spring-summer collections with reflective clothes were accepted by the fashion critics with pleasure.

Sports and casual lines with reflectors are actively buying up. Such men’s brand clothing at M1Outlet.net is in particular demand not only among fans of extreme sports or outdoor activities. Those consumers who buy things to wear in an urban environment do not mind trying on a windbreaker or pants with luminous inserts. The more so that the reflective on clothes to sew in Ukraine is regulated by law. In particular, the luminous inserts should be on the things of pedestrians who walk along the curb or cross the carriageway in the dark.

What is a reflective?

Reflective is, a special reflective material that is often used in the finishing of uniforms of road workers, police officers, rescue workers. Fabric capable of reflecting light, was invented in the 1939th American company 3M. Originally (in light industry) such fabric was used in the equipment of motorcyclists. Today, the luminous logo is a “chip” of many famous brands. For example, there is a reflective insertion on the Nike Vapor Flash Jacket.

Athletic shoes, backpacks, bags are a separate topic. Very often designers complement them with reflectors. After all, such accessories often accompany their owner in the campaign. And this means that it will not be superfluous if a person’s suit will “react” at night to the light of a flashlight.

Who is particularly popular with reflective clothing?

The ability of the fabric to reflect directional light is invaluable in the dark for workers in extreme areas. But the aggressive environment of the megapolis makes ordinary people think about their safety. Reflective clothing is appreciated by joggers and cyclists who like to run in the dark.

Such things are popular with the followers of street style. The latter are confident that this trend is more relevant than ever and allows a clear separation between glamour and street fashion, the boundaries of which have recently been erased. The adherents of subcultures are attracted by the possibility to place on their clothes inserts in the form of symbols, skulls, inscriptions.

Designers of Japanese clothing brand PEdALED found an interesting application of light-reflecting paint. They perform spraying of this substance under the knees on jeans, on elbow bends of jackets imitating abrasions. This effect gives the clothes a special chic.

The fashion for reflective clothing will last for a few more seasons, specialized publications assure, and the leading designers will continue to use in one way or another when sewing branded men’s clothing reflective fabric. Therefore, every man who buys a tracksuit or jacket with such an insert can be sure that he will look stylish. And his reflective clothing will allow you to create a fashionable bow, which will be positively perceived by others.