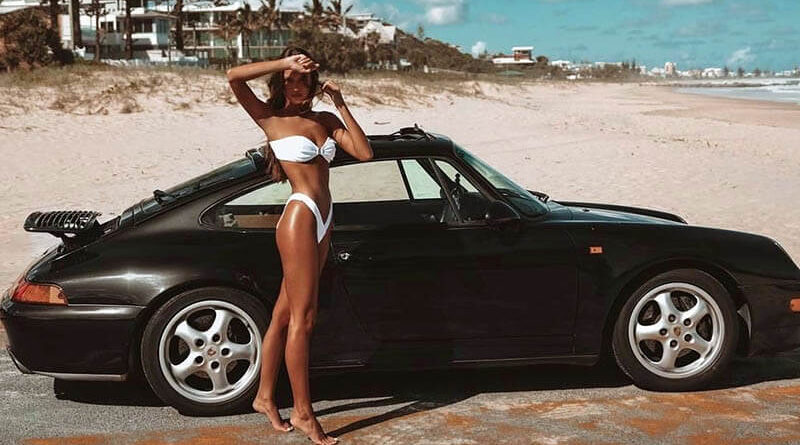 About what mistakes many of us make at the beginning of a relationship, dooming them to failure in the future, says female psychologist Marina Kabirova.

If you make a conventional rating of the main reasons for going to a psychologist, then, of course, the goal to understand the relationship with the opposite sex from year to year remains the undisputed favorite. Quarrels, problems, breakups, infidelity – from the roughness and storms of coexistence, no one is immune. Each woman has her own story, and often not one. But, interestingly, when the cause-and-effect relationship is determined, many of the wrong steps are very similar.

So, you met a wonderful man – hormones are dancing a jig, emotions are overflowing, there are butterflies in the stomach and so on down the list. And then there is the first pebble in the shoe, which will remind of itself.

In my student days I had one friend, who constantly amazed by how bold and dramatically changes the image, hobbies and suitors. In our small women’s company unpredictable image and interests of friends was a separate topic of conversation and, to put it mildly, a bit of an object of envy. Until one day it turned out that our Masha likes to bake pies, embroider cross stitch and does not revel in extreme entertainment, short haircuts and relationships without strings. In every new man she looked for a potential husband, the master of the hearth. And she chose the following strategy: she tried to study in detail all his preferences, interests – and to portray exactly what was to attract him, to show him that Masha was the ideal woman.

From the very first meetings she forgot the main thing – to be herself and choose the right person for herself. A relationship is a union of people united by common goals and values. Therefore, even a little betraying itself in the beginning, we have no opportunity to get to know each other and understand whether it is worth it to go further together. And few people can pretend indefinitely.

A truckload of past experiences

Only the laziest person hasn’t written about this, but where to go if it’s really true. The golden rule of success: don’t go into a relationship if you haven’t completed previous ones. Completion refers to the process that takes place internally. And that means leaving behind resentments, grievances, and other experiences that bonded with the other person. And the relationship with the new person is based on mutual interest, sympathy, and not an attempt to stifle pain, distractions, or to spite the ex.

This “inner incompleteness” leads to the fact that you communicate with one person, but in fact with you there is someone else (okay, if one), with whom you finish the relationship in thoughts and feelings. Imagine that the man you like comes on a date in the company of his ex-girlfriends – not very pleasant, is it? But that’s exactly what happens when the past, for whatever reason, is not left where it belongs, and time after time, the present troubles you. The symptoms are simple, and to a man they are direct signals to flee:

You compare your current suitor to the past, beginning with the first meeting and in the smallest of details, like the way he holds the cutlery; in an aggravated version, you also voice your observations.

You are full of resentment and grievances against your past partner, and, moreover, you are not embarrassed to talk about it to the one who is around now.

You are full of sadness about how perfect the last loved one was and are constantly trying to “pull up” the new man to the level of your lost love.

Another mistake is to format

In contrast to the aforementioned Masha, some young ladies are characterized by an increased propensity to play Pygmalion. They literally from the first meetings begin to actively improve a man who has not even had time to orient himself and show himself in any way. What do we do at first? We explore each other, studying, sniffing, literally and figuratively, to see if we want to continue communicating at all. This is a normal and natural process, but not for everyone. There is currently a lot of talk about the all-reproducing femininity and the concept of raising millionaires out of alcoholics, saying that everything depends on a woman and that anyone can make anyone out of anyone. Such a tautology.

And you can not argue with the fact that a woman can both inspire and de-energize his man. However, some people take the idea of “making something out of what was there” very literally, and then are very surprised that the results did not come out quite as intended. And then the lady sits in sadness and melancholy, cursing the Vedic culture and female psychologists, another Madame Pygmalion, remembering how swiftly her Galatei receded in the direction of the horizon. And she did everything for him: she gave him the right books, bought him clothes, tried to take him to trainings and instill manners. All because people with low self-esteem or corresponding script of relations are able to stand such an outrage. That is why in relationships it turns out later that instead of a strong man there is an infantile man who is unable to make decisions. What adult and mature person, much less a man, will like the fact that he suddenly begins to dictate some rules, when he does not even know whether he likes you or not? In the same category we can put a passion for total control, attacking by phone calls / texts, finding out every step and the content of thoughts and the circumstances of life every two minutes.

Excessive caring is also, to some extent, an attempt to control the situation and set boundaries for the person. Immediately trying to “become a mommy” to a new lover and run to him at work with homemade pancakes after the second date is still not worth it. It is better, after having noticed such manifestations, to run to a good psychologist and to understand why you need to dominate in a relationship and what prevents you from simply being a happy woman. Not a mommy, pygmalion or some other incompatible with normal relationships entity.

Staying silent about your needs and ignoring him

Sincerity and openness are generally important things throughout a couple’s journey together. So it is useful to use them as part of the foundation from the very beginning. And this does not mean that from the first meetings you need to tell in great detail about all your problems, worries and hard turns of fate.

This, incidentally, is another mistake – when the head unhappy man drops all the baggage of your difficulties, from the current faucet to childhood trauma. By doing so, you signal “save me” and create the ground for doubt about what exactly you need – a loved one or a universal tool for solving problems, which in return will not get anything. Similar in content and heartwarming stories about how your wedding will be decorated and what model of phone you want to get him for Valentine’s Day, as well as the fact that your intentions are serious and the road to the registry office has been thought out. Most likely, after such statements, the relationship will end before it has even begun.

However, it is very useful to talk about your feelings, as well as to be attentive to what the other person is thinking and feeling. If your new acquaintance parked in a puddle, didn’t help get out of the car or picks a fork in his teeth – and you don’t like it, it’s better to calmly and without complaint report it. Mature and confident people find it easy to agree, find a compromise and take care that they are comfortable together. And dialogue is known to foster mutual understanding.

On this subject I was reminded of a family counseling session, where after five years of marriage, one of the spouses found that his wife is terribly annoyed by his habit of putting the shower gel on the narrow edge of the bathroom. And it falls from there – often, with a rumble, and usually just when the baby has fallen asleep after a long rocking session. This unfortunate bubble almost drove them to divorce, because the wife just silently accumulated a stockpile of anger with each fall he took, until the situation became critical and added to the list of other understatements. The understatements became grievances-and so it went. In this funny story all ended well, because our heroes wanted to be together and understood the main thing – silence is not always golden, sometimes you can just say what you need and your partner will be happy to go along.

In conclusion I want to say this. Do not be afraid to be yourself, real, unique, beautiful, versatile – and the person who is right for you, will definitely come into your life. And not only will he come, but he will go together with you further along the happy road of life.