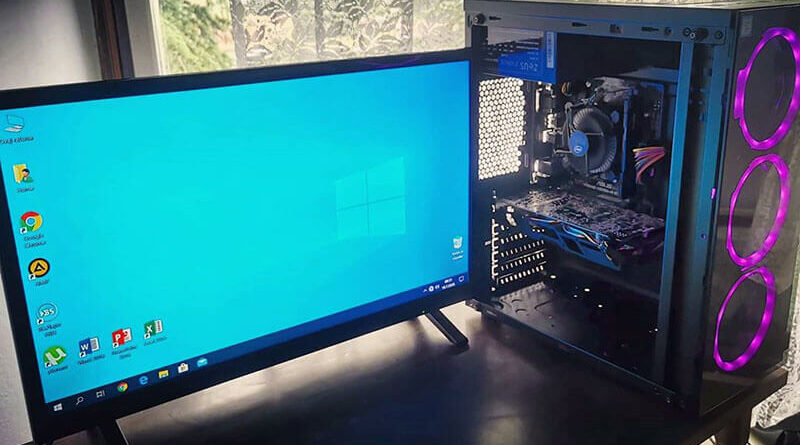 Brazilian developers copied the Windows 10 interface in the Linuxfx 10.3 distribution.

Windows 10 became the most popular operating system in the world after Windows 7 was discontinued. However, despite all its advantages, owning an operating system from Microsoft is quite expensive. To correct this situation, developers from the Brazilian studio Linuxfx Software, who created a distribution based on Linux, which maximally reproduces the interface of Windows 10 to help users adapt to the new environment, reports Cnews.

The latest version of Linuxfx is so similar to Windows 10 that beginners won’t see the difference at all – the repetition of the interface is almost 100 percent. The authors of the project have tried to copy every icon and every element of the interface that affects the overall experience, including the start menu, the tashbar and the file manager window view. It is even possible to install and run some programs originally written for Windows using special emulation tools.

The Linuxfx 10.3 Windows-like shell is a deeply redrawn Cinnamon environment. It will be difficult to visually distinguish it from the shell developed by Microsoft, because even when the operating system is booted, the same Windows 10 logo is displayed on the screen. Programmers have copied Start, Taskbar, Calendar and Clock windows, System Tray, Explorer and even Virtual Desktop menus, as well as a window to switch between running programs. Developers have tried to copy even “Notepad”, the simplest text editor.

Most importantly, the new shell is available as part of the Linuxfx 10.3 distribution and is absolutely free. At the time of publication, it was available for download for desktops and notebooks based on Intel and AMD chips, as well as for single board PCs Raspberry Pi second, third and fourth generations.

Linuxfx is a heavily modified distribution of Ubuntu Linux version 20.04 LTS which was released in April 2020. Ubuntu 20.04 comes with extended five-year support, which fully applies to Linuxfx – updates to it will come through official channels of Canonical, the developer of Ubuntu.

The Linuxfx distribution weighs around 3.7 GB and includes a number of firmware, including the LibreOffice office suite. In this OS, it is masked as Microsoft Office by the substitution of icons.

For Internet access there are browsers Firefox and Chrome, for work with graphics – editor GIMP, for watching movies – player VLC. For online communication there is Skype and Microsoft Teams, for remote management – Anydesk and TeamViewer, for games – Steam client, game service of Valve. As part of Linuxfx pre-installed WINE, allowing you to run on Linux programs written for Windows, as well as install them from distributions with extensions .exe and .msi.

Linuxfx can be useful for Windows computer owners as a tool for a painless transition to Linux. The attention to detail shown by the developers while copying the Windows 10 interface will make these users feel “at home” working for their new operating system. The availability of WINE, which allows you to run familiar Windows programs, will also contribute to rapid adaptation.