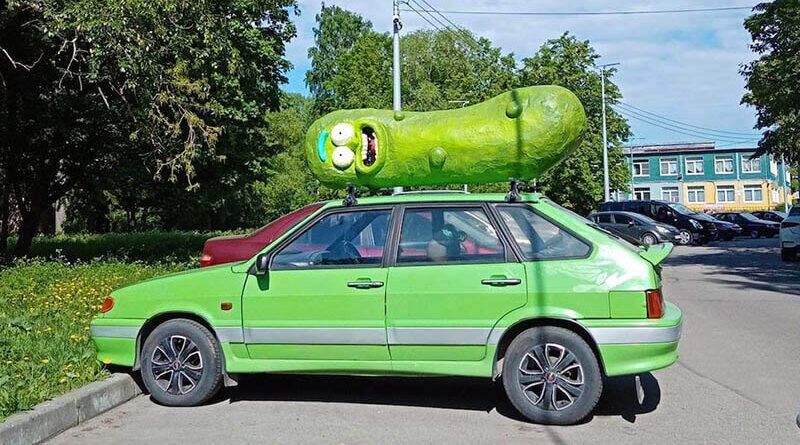 Nowadays, there is probably not a person who has not tried to trick some fraudsters, scammers and crooks over the phone. The main weapon against telephone scammers is to prank them, so that they find themselves in a ridiculous situation. What do you tell a scammer and how do you prank them instead of hanging up on them? It’s usually hard to find and punish scammers, and there’s no point in swearing, bickering, and scandalizing.

The best option would be to repay the scammers with their own coin so that they find themselves cheated. Now many advanced people are already arranging a competition, who better to play a trick or will fool the head of the mountain cheater. Why don’t you do the same?

When you get calls from fake bank employees, window installers, sellers of useless slag and other scam artists, you should not be scared. You can punish them back by using billets used by other pranksters. Here’s a list for con artists’ pranks that will piss them off and make you nervous.

How to play a trick on scammers and telephone scammers?

1. Speak quietly into the receiver so that the scammer turns up the volume to maximum. Then offer the scammer to write down your pin code, and while he listens carefully, put the phone himself into the pot, and then give him a real wake-up call by hitting him with a spoon. You can just shout loudly or bark into the tube. The crook will obviously not be happy about the deafening sound.

2. Start shouting fearfully in Arabic or with a Caucasian accent. Usually all con men get scared, fidget and hang up the phone as soon as they hear such things.

3. Ask leading questions, clarify details, ask for nuances, and inquire about other little things. Have a meaningless conversation with them until they realize they are being bred like rabbits.

4. Tell them you need to go away for five minutes and be sure to ask them to wait. Then mute it and go about your business.

5. Say some words in Latin and promise to put a curse on the crook’s entire family up to the 7th tribe if he doesn’t repent.

6. Insistently inquire about the real name of the interlocutor and promise to visit him in half an hour, or pester him with your connections.

7. Use fake information (numbers, names, codes), so that crooks will write down useless data that won’t be of any use to them. Google “Fake Name Generator” or “Identity Info Generator Online” to get people to write down bullshit.

8. Act like an elderly, dumb or shallow person who doesn’t understand the point of the question, making them repeat everything a dozen times and ask nonsensical questions. Phone scammers will get excited at first when they see easy prey and then irritably give up.

9. Tell him that the crook contacted the law enforcement phone, and now he’s under the cap. Ask who he works for and how much he gets.

10. Pretend to be an answering machine, robot, or secretary to get the duped crook to hang up first.

11. Start singing ridiculous songs to the phone scammer or reciting silly poems. That usually gets them rolling in the sunset quickly.

12. Speak to the cheater very slowly and unhurriedly. Speak slowly, think long and doubt that you are doing the right thing. Let the phone scammers have a heart attack of impatience.

13. Offer to stay on the line, because you got an important call. Make the loser scammer wait “on hold” for as long as possible.

14. Scamming scammers can be towards adult conversations. Start having heated conversations, moaning and speaking obscenities to get the cheater to shy away and get off.

15. Saying your password, last name, or giving other information can encode the obscene words you want to address to the phone scammers. What would you like to call these scammers?

16. Play the crooks a song so they can listen to the band “Leningrad” or another mate. Metal is good, which jams the phone crook. It’s a great prank.

17. Say that the caller no longer exists or is in the other world, like in the movie “Brother”.

18. Ask the phone scammer if his mom knows who he’s become, and how disappointed is she?

19. Tell the scammer. That your mom told you not to talk to strangers, much less such nosy jerks.

22. Have a ridiculous tantrum, screaming and shrieking into the tube. Let the cheater himself be the time to escape.

23. Reverse the situation and offer the scammer to buy something, or call his bank card number.

24. Give your phone to a small child to say strange things or cry.

25. Learn a couple of phrases in Indian or other similar language to get the scammer to listen to different nonsense.

26. Say you’re on the toilet and pooping, but ask them not to hang up, because you’re about to get loose. Now imitate the toilet: grunt, moan, and fart.

27. Tell him you need to make sure he is not a crook in front of you. Ask him to send you money on the card, since they have its number. But don’t give out any information yourself.

28. Use extraneous sounds: Party noise, drills, rumbling construction sites, babies crying, cars honking in traffic. Turn up the sound and have a jerky conversation as if you can’t hear anything.

29. Try to persuade crooks to join some ridiculous sect, assuring them to clean the dirt from your soul. Usually crooks are quick to hang up as soon as they start hearing about it.

30. Hit the cheater in the big time. Ask him what he wanted to be when he was a kid and what he became. This is usually a big callus of many crooks and cheaters.

31. Tell him you need to go get your bank card, which was left in the car. Make the scammer hang on the phone as long as possible.

Phone scam pranks can be fun if you don’t have time, or if you want to laugh at hapless scammers. Use phone scam pranks, but don’t ever fall for them yourself, don’t give real information, don’t install anything on your phone, and don’t go along with it. Pay the phone scammers in their own coin.