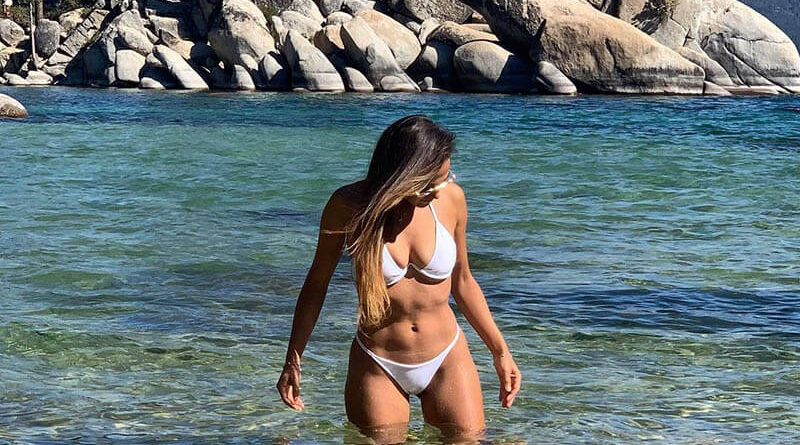 No, there’s nothing wrong with your calendar, it’s not Thursday, it’s just that our traditional “Scientists Against Myths” column has moved to Tuesday, in honor of Valentine’s Day. Today, on Valentine’s Day, let’s talk about love and the misconceptions associated with this feeling.

Let’s find out if a womanizer can settle down after marriage, and if it’s true that there’s no friendship between a man and a woman. We’ll find out if there is love at a distance and if you can fall in love at first sight. And also to speculate about what changes the stamp in the passport, and whether the expression “love lives three years.

Let’s talk about all this with Angelica Wilhelm, PhD in Psychology, Associate Professor at the Department of General and Social Psychology at Ural Federal University.

Myth number one: there is love at first sight

– Generally speaking, if we’re talking about love, it doesn’t occur at first sight, even though after a while, if the relationship works, people say they fell in love at first sight. But at the initial stage there is not love, but rather a feeling of sympathy. If we talk about love, it is a feeling that is being built, formed, it is checked up by time, by years. And what is called love at first sight is falling in love. Sometimes it really takes just a few minutes for people to like each other. Some people like blondes with blue eyes, some like brunettes. But focusing only on external attractiveness is more common for young people, and the older a person becomes, the more other things are in the foreground: what qualities this person possesses (kind, decent, intelligent, etc.).

– Of course it is a myth. After all, if we follow that logic, then every three years we must look for “new love,” which, fortunately, does not happen in most cases. Another thing is that every relationship has its moments of crisis. And in this sense, three years is often a kind of test of strength – whether or not it is worth it to continue. The crisis is conditioned by the fact that the infatuation, the passion is gone, the feelings have become different. Love does not remain unchanged, it transforms: we get to know the person better, discover new facets, and by no means always these “discoveries” can be pleasant.

And then there is the question of whether the person next to you is the right one, whether it is worth continuing this relationship, and whether it is love. In general, any relationship requires development. If people meet for a long time, but do not plan to get married and have children, then their relationship is doomed. Civil marriage, which is a common and normal phenomenon today, also generates a number of problems, as very often the process of its transition to the official is delayed. Of course, women are more concerned about this, but it is difficult to move to an open and frank conversation on this topic, because the woman has a false idea that she is imposed on the man. Three years into a relationship is an adequate time to discuss this issue. It is important to understand what is stopping a man and, based on this, already make your own decision about continuing or ending the relationship.

– The stamp in the passport changes the relationship?

– The stamp, of course, does not change anything. But for a woman its presence often plays a big role. Especially if it is her first marriage, she wants to wear a white dress, invite guests, to arrange a beautiful romantic feast. In subsequent marriages, of course, this becomes less important. More important is another – what kind of person is around, not whether it is an official relationship or not. The belief that a stamp in a passport is a guarantee of “eternal” love and fidelity is, of course, an illusion.

Myth three: Love is evil, you will also love a goat

– This is probably not entirely a myth, because love is a feeling, and feelings are difficult, if not impossible, to control. More often, of course, it is the “mistakes” of youth. As I said before, at a young age we are more focused only on the external attractiveness of the partner, which can lead to mistakes and the choice of a “goat. Psychologists conducted an interesting study: young people were asked to evaluate the personal qualities and characteristics of a man. They were offered pictures of attractive and unattractive young men. As a result it was found out that girls of 20 years tended to attribute only positive qualities to handsome young men, including attentiveness and solicitude.

Myth number four: You’ll get along with each other

Myth Five: There is no such thing as friendship between a man and a woman

– Even after a long period of time?

– After a very long time, unlikely. If a friendship goes on for several years and a woman keeps hoping it will grow into something more, that’s inadequate, you need to look for someone else, or at least ask directly. Unrequited long-term love is not psychologically healthy. Asking directly is difficult, of course, because it means losing hope, and hope plays a big role in such unrequited relationships. But in order to build a new relationship, it is important to close that “door” so that another one can open.

Myth six: Out of sight, out of mind

– I would rephrase this into the question, “Is a long-distance relationship possible if you have been separated from your partner for a long time?” I think this is a challenge for lovers that not every couple is able to overcome. Of course, if people have been married for more than a year, it’s a different situation. But for a budding, fledgling relationship, it is a challenge. Of course, we know examples from literature, such as A. Rybnikov’s rock opera Yunona and Avos, where the main character waited years for her lover, but for real relationships it is not only difficult, but often harmful.

Myth seven: The strongest marriages are based on calculation

– There is a joke that arranged marriages are only as good as the right one. A “marriage of convenience” is often understood as a financial calculation. In my opinion, that is not the best settlement, because in this relationship there is a pragmatic attitude towards each other, not sincerity and trust. Everyone has the need to love and be loved, this is one of the highest needs, and it would be sad to deprive ourselves of it. At the same time, if in addition to the financial component there were some other feelings for the person, and in the process of getting to know the partner they grew into love, then yes, such marriages can be happy. But the very premise of “I will look for a rich man, and I will be happy with him” is wrong in the first place.

Myth eight: Everyone has a soul mate

To illustrate, I will give you an example from one of my favorite movies, Good Will Hunting. The main character, a brilliant guy, breaks up with his girlfriend because he doesn’t think she’s “perfect” enough for him. To which the therapist replies to him: “Neither you’re perfect, nor she’s perfect, and that’s not the issue at all, it’s how well matched you are.”

Generally speaking, when a girl is looking for a perfect partner, she implies that she herself is perfect. And if you understand that you yourself are not a “gift of fate,” it helps a lot to look around, perhaps there is a young man nearby who is interested in you, and you only need to “reach out your hand.” Remember the movie “The most charming and attractive,” where the heroine was trying in every way to win the favor of a handsome co-worker, and next to her was walking around a colleague who really liked her. But at the same time, she did not notice him, because she was focused on finding the “ideal.

Myth number nine: for the sake of love, you can change the character

– Why should he change? If he’s a narcissistic egotist, it’s unlikely. Character is a stable structure that is difficult to change. Change takes effort. If a person wants to change something in himself, he can, but not drastically, and this must be understood. He can change a little, but not so much that he was a brunette, but he will become a blonde. If we’re talking about womanizers, then there is also the variant that “I’ve been out and will go out. But there is another variant, when the young man was in search, and when he found it, he married and settled down.

– Even in the psychological literature, there is no consensus on this. And in this sense there is no universal recipe for “happiness. There are couples who are diametrically opposite, but they are together because they are able to accept each other’s characteristics, to accept the other as he is. Marriage is stable not because of the opposites of the partners or, on the contrary, because of their similarities. Sustainability is based on the desire of both partners to move toward each other, the ability to see the person not only through the “prism” of flaws, but also through the merits, which are probably much more.