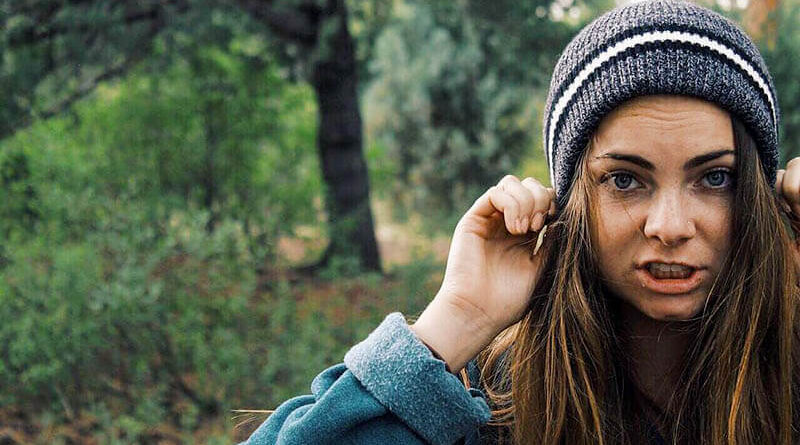 The topic of unequal marriages is quite common, people do not get tired of discussing and condemning such relationships. A relationship in which a man older than a woman is considered quite acceptable, even if the difference is 10, 15 or even 20 years. It is believed that a girl has found a profitable party, such a man can provide a family, as well as become a reliable support and a strong wall if necessary.

But the relationship in which the older woman is considered wrong, is condemned and condemned in every possible way. That is why many adult women, having met a young man, are afraid to respond to his advances, trying to protect themselves from this, avoiding human gossip and “oblique” views.

And if a woman still allows herself to have a relationship with such a young man, then, most often, begins to make gross mistakes, which kill this very relationship. They begin to insist on legitimizing the relationship, trying to give birth to a child from his chosen one, and also fall into extremes: they are hysterical about their age, have manic jealousy, which begins to border with madness.

All this happens because in a relationship where the wife is much older than her husband, of course, the man is in a more advantageous position. We do not talk about couples in which the difference is 3-5 years, it’s nothing, because people were brought up on the common misconceptions of society, fashion trends, as well as historical events.

Problems begin in pairs where the difference from 10 to 20, and even more years. The woman understands that is in a fading stage and, quite probably, that it is her last true love, a problem and in reproductive age, after all it comes to an end earlier, than at men. And her partner is young and ambitious, he has everything ahead of him, of course, it is emotionally exhausting.

Reasons for the relationship

Most often, when such couples are formed, it indicates that the woman has already managed to take place, she is most likely financially secure and has a good job, so she does not need financial support from her young partner.

The other reason is usually of a sexual nature. Women, especially those with a passionate temperament, need attention and active sex life.

Unfortunately, not every age can provide her with the level of sexual relations that she needs, because women after thirty years of age have the peak of their sexual activity, while in men it starts to decrease.

That is why a woman begins a subconscious search for a young partner that can fully satisfy her.

And the third reason is a hypertrophied maternal instinct. This applies to those women who could not realize themselves in motherhood. They are adults and independent, and there is no one to take care of them, so a young man starts to play this role.

The main mistake of all unequal relationships is that a woman begins to fall into two extremes – to act as a “mommy” who constantly takes care of her lover, thereby preventing him from passing through, or trying to become a “girl”.

None of these conditions is wrong, because you are not any other, and your chosen one likes you for who you are. Each age in its own way is beautiful, and if all this is accompanied by a woman’s sparkling eyes in love, it is expensive. Do not talk to him like a little, do not emphasize your age difference. If you are partners, then you should be on an equal footing, concerning all aspects of life.

The next problem is what will people say? Our society is not too tolerant; many people use evil tongues and gossip, which not every woman can withstand. If you do decide to legalize your relationship, then most likely, a young family will have to go through many “oblique” views, as well as unpleasant situations. It is necessary to decide for yourself what is more important for you – personal happiness and long life together or the opinions of strangers. Of course, it is up to you.

Ways to a happy life together

I always want to believe that the relationship that binds you now is forever, that love will not fade away, and you will live a long life together. Frankly speaking, statistics speak about multiple divorces of equal marriages, and what about those where the woman or man is older. But there are exceptions, which are quite real to get into, you just need to behave properly and make a lot of effort.

First, you have to understand once and for all that your man is younger than you and you have to live with it. Think several times before running to the registry office, because divorces in such situations are indeed a frequent phenomenon and you can be no exception.

The stamp in your passport is not the main thing, but feelings and mutual care, and everything else will be applied.

If necessary, you can sign at any time. But it is up to you, of course.

The second point concerns children. For some reason, among mature women there is an opinion that having given birth to a child from her young partner, she will be able to keep it. No, she won’t be able to. If he decides to leave, and this may well be, he will leave, regardless of the child and common property.

And then you will not stay at the youngest age with a child in your arms, who will have to grow up and provide material support. Of course, it’s quite different, if you give birth to a child – it will be your joint decision.

The third point is youth. How to preserve a relationship in which the wife is older than her husband? This question is asked more than once by women who are in such a relationship. It will be more difficult for them, because beauty and youth are not eternal concepts, but they can be extended by taking care of themselves. Often such relationships suffer because of jealousy for young girls, a mature woman thinks that she is not so attractive anymore.

Watching yourself and leading a proper life are two things that will help to preserve your unequal relationship.

The fourth point is partnership relations. Enjoy your love, do not try to put yourself above your chosen one, both in material and moral position. Often wealthy women try to prolong their relationship with money, as if paying for the sexual relationship, giving it gifts and opportunities.

But one fine moment will come when he will get tired of all this and he will leave anyway. It is not for nothing that they say that love is the only thing that is not bought.

Now you are aware of all the dangers of this relationship. Risk or not: decide for yourself.