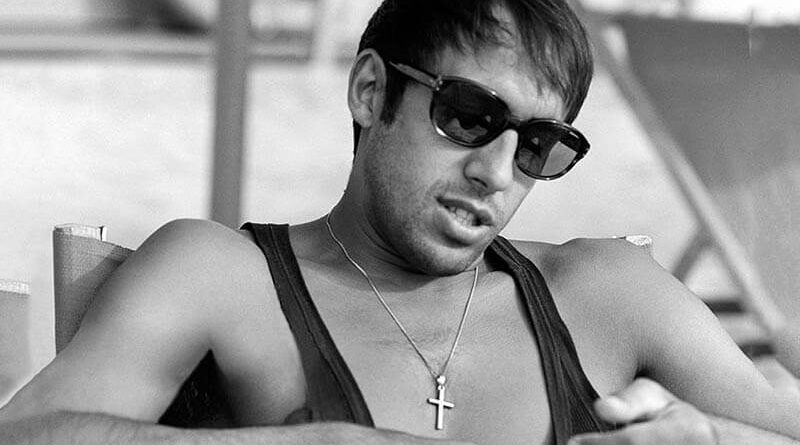 Everyone encounters lies throughout their lives. Even the popular statement “I never lie” is also misleading and untrue. There are many reasons to lie: to preserve a good relationship with a person (however contradictory that may sound), to avoid reprimand at work, to save money. On the appropriateness of lying, and argued Gorky in the play “At the Bottom” in the famous confrontation of Luke and Satin.

We collected tips from psychologists and physiognomists about how to behave when you need at all costs to keep a secret.

First, let’s understand why it is difficult for the average person to lie?

“A secret is the withholding of important information to gain an advantage, an advantage, or to avoid negative consequences. Simply put, a person possesses certain information and does not disclose it for a specific purpose. He understands why he is doing it and is aware of the consequences. It is this awareness that causes him negative emotions and experiences, which ultimately affect his behavior, “- says Ilya Anischenko, founder of the “School of profiling”, an expert on lies and gestures.

According to the expert, the main emotions a person experiences when lying is fear, the threat of punishment, guilt or shame. Guilt, shame and agony of conscience can be avoided if you explain to yourself in detail why you keep secrets, and what the goal is. The main thing is that the purpose should be high, for the sake of which you can keep the secret.

So is there a universal way to learn to overcome these feelings and lie without looking back?

“There is no universal instruction on how to lie and remain unexposed. Which means there is always a risk of failure. It is important to understand: Is lying really necessary and are you ready for the possible consequences, “- says practicing psychologist and performer YouDo Yuna Makeeva.

According to psychologist Vladislav Zigaev, head of the training center “Psychology of New Generation”, a person communicates at two levels: verbal and non-verbal. Verbal communication is realized with the help of speech, nonverbal – with the help of gestures, facial expressions, posture.

“As you know, a liar gives away the inconsistency of the verbal and bodily channels. When a person deliberately lies, he tries to control speech, gestures and facial expressions, and simultaneously monitor the reactions of the interlocutor, but such an extensive focus of attention is not familiar to us. Therefore, the risk of being caught in a lie is high, “- says Yuna Makeeva.

The psychology of lying is a combination of several factors. Let’s take a closer look at each and break them down point by point, together with experts.

According to Vladislav Zigaev, if we can learn to control emotions, then with micro-expressions we are almost powerless. It is a momentary, involuntary facial expression that people unconsciously display when they are hiding emotions. Micro-expressions appear for a fairly short time and are involuntary, almost impossible to control.

“It is often said of a person who is lying that he has “a shadow running across his face. This facial tension lasts for literally 1-2 seconds. The manifestation of momentary tension in the facial muscles is an accurate indicator of insincerity. It is also worth paying attention to the appearance of involuntary reactions on the skin and other parts of the interlocutor’s face. What is meant here is a change in the color shade of the skin (the interlocutor turns red or pale), dilated pupils, twitching lips, frequent blinking of both eyes, “- says physiognomist Shamil Sharinsky.

Yuna Makeeva offers to rehearse the speech. It is important to try to speak clearly, without long pauses, keeping the usual pace. Watch your breathing

“When telling information that is a lie in advance, a person constantly experiences excitement. When a lie is announced, the person abruptly begins to change his or her intonation involuntarily. There is a sudden acceleration in the voice, or, conversely, a smooth slowing of the conversation and stretching. If the person is strongly disturbed by the information he or she is giving, the voice of the interlocutor will tremble. In this case, the changes in conjunction with other signs affect the timbre and volume of the voice, there is hoarseness or the person pronounces the words on high notes” – exposes the liar Shamil Sharinsky.

There is another way that Ilya Anischenko advises: use the magic words in your answers: “I want to say,” “I must say,” “I must say. Thus, you shift the accents for your brain, relieving yourself from outright lying. Here Ilya gives an example:

This is probably the most important point in lying to you and me. Most of the information we receive through non-verbal channels, that is, speech. For an example, Vladislav Zigaev cites a statistic:

“Only 7% of information we get from the words we hear, 38% we get through intonation and 55% through gestures. That is, you can talk about anything, but if you can’t control your intonation and body, they will set you up. Gestures should not be mechanical, everything should be as natural as possible, that is, you should avoid closed positions and lack of gesticulation.

What gives us away? Vladislav Zigaev explains:

“Do you remember the proverb ‘The thief burns his cap in fire’? At a subconscious level, it seems to us that everyone already knows our secret, and we begin to get nervous and worried. It is this nervousness and gives us away. Moreover, while you are in such a state, thought processes slow down, heart rate increases, sweating increases, gestures become too sharp, and his voice may shake or “become” unnatural for you.

Ilya Anischenko identifies two main things that give away liars in us. The first is facial expressions and micro-expressions, and the second is the emotion of fear and stress, which affects the change in behavior. In this case, you need to watch closely for a change in a person’s behavior at any given moment. What matters is not that the person is sitting in a closed pose, what matters is at what point in the conversation did he sit in that pose, what was the conversation about at that time. Or, on the contrary, at what moment did he open up. At what moment did he scratch his nose, lick his lips, press his lips, change his posture, change his intonation.

Yuna Makeeva recommends that you think through your story responsibly. Your version of the truth should be close to reality, consistent, consistent with your usual lifestyle. It is not necessary to fill the story with excessive detail, but it is important to think through possible questions and prepare for them in advance. Falsehood becomes obvious when the narrator gives evasive answers, pauses, answers a question to a question or tries to evade direct clarification. Avoid covered postures, uncharacteristic touching, and demonstrative movements. Analyze your gestures: When a person lies, he deliberately restricts himself, and often uncharacteristic stiffness is a clear marker of lying. Be an actor at this point, but don’t overact. Practice the “role” in front of the mirror, and then videotape yourself to achieve the most natural behavior.

How to avoid the topic of conversation?

The only sure way to hide a lie is to believe it yourself. Accept it as truth, and only then no one dares to doubt your rightness. But it happens that we need to avoid an unpleasant subject. What should we do in such a case? Everyone loves something or someone to discuss. On this basis, Vladislav Zigaev gives advice:

“If the person you are talking to is familiar to you and you know those whom he dislikes – try to talk to him about him. This will help to quickly shift the focus of attention from yourself to the other person. Another option is to tell a secret that is safe for you. Something you can share. People care about the feeling of having information, and if little is known about your secret, you can tell anything (even invented ones). The main thing is to do it with faith in his words.

Techniques of competent avoidance of unpleasant conversations should be practiced for a long time. It is best to learn from examples. That’s why Shamil Sharinsky gives 10 basic methods and their illustrations. Note, we often unknowingly use them.

– What is on your table? (Let’s say there’s an apple lying there.)

– What did you have for breakfast?

– What kind of fruit is on your table?

– Where do you live?

– And what is the purpose of your question?

– Where do you live?

– How tall is your girlfriend?

– Are not you ashamed of, so tactlessly prying into my personal life? The interlocutor is forced to make excuses, to answer your questions, thereby losing the thread of the conversation.

– What is the amount of financial deposit allocated to your project?

– I suggest we discuss this at an upcoming meeting.

– What are the salaries of the employees in your department?

– You see, the issue of the financial component of our company is very important because it directly affects production as well. Speaking of production…

– Are you always this slow?

– You’d think you were perfect, wouldn’t you? Think at least of this perpetual unkemptness of yours…

– Where do you work?

– Do you want to talk about it? Well, then I’ll tell you everything in order: I worked in a factory in the beginning, oh, by the way, there was an interesting case there…

– I noticed that the sales level of your department has dropped significantly in the last month. How do you explain this?

– A good question. One can envy your observation and ability to analyze such difficult moments. I can see that you are an excellent employee. You must have been an excellent student in school, too?

The main key to success, according to Yuna Makeeva, is to deceive yourself. “For the bluff to succeed, you need to believe in it yourself”, – says the hero of the movie with Celentano. And he is right. When a person lies, there is an unconscious conflict inside between reality and the lie, which manifests itself in behavior. If you can convince yourself of the truth of your story, you can avoid the body’s stress response. Be friendly, but avoid overtly trying to elicit credibility. Oaths and assurances of your own honesty ironically underscore the lie, giving away that there are no other trumps to reassure your interlocutor. If you know the conversation is inevitable, don’t wait for the X hour and leading questions, take the initiative, start the conversation first, and start your presentation.