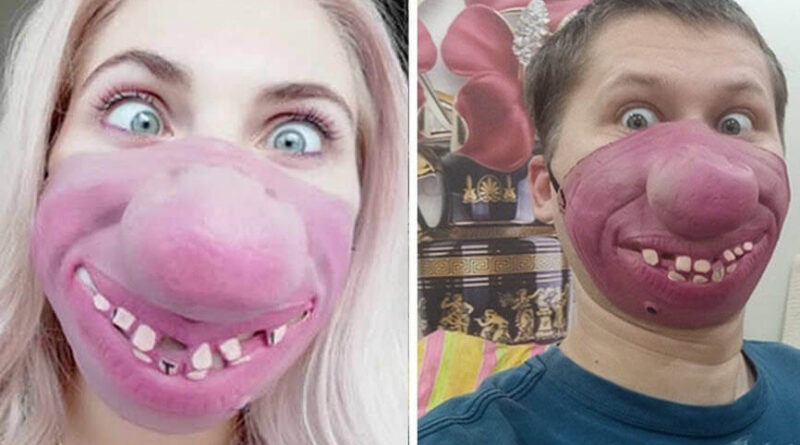 According to Peter McGraw’s theory of harmless violation, humor arises when something seems wrong, disturbing or threatening, but at the same time seems normal, acceptable and safe. Humour is also used to facilitate social interaction and eliminate the sense of stiffness that is so inherent in communication between people. Humour is seen as an opportunity to relieve tension and coping strategy, as a way of expressing aggression and negative emotions in situations where direct expression of feelings is not available.

Researchers distinguish four types of humor: two adaptive humor (affiliative and self-supporting) and two non-adaptive humor (aggressive and self-reflective). Supporters of this theory (R. Martin and co-authors) believe that a person’s sense of humor is directly related to mental well-being and physical health. The Styles of Humor questionnaire, validated in 2013 by a group of authors (E.M. Ivanova, O.V. Mitina, etc.) allows us to define our own style of sense of humor.

However, we would like to put all the theories aside. Writing about a sense of humor seriously is like praising the beauty of the sunset with the epithets of non-normative vocabulary. Which is acceptable in principle, but very much limited in terms of meaningful transmission. It’s like black and white photos of a rainbow.

Two things seemed important to me in my discourse about sense of humor.

The first is that the desire to joke arises in emotionally intense situations involving anxiety and danger. It turns out that the joke made at that moment indicates some inner tension of the joker and at the same time helps to bring this tension out. What is the secret of this mechanism? Maybe it allows you to experience secondary positive emotions about something that brings negative emotions, and thus neutralize some of the negative charge? For example, a joke.

And here it is – borscht, right?

allows you to laugh at the emotionally difficult situation of communal life, and the joke…

Oh, yeah, it was a stupid idea…

Ooh: to call her in bed Mikhalych…

lets you smile at the problem of marital understanding.

I’ll add a couple more for the situation of indisposition and self-acceptance in the context of social interaction.

I’m afraid to imagine how.

eprst2000: I’m Alesya, but people are very often confused and in a hurry called Oxana. I’m used to it a long time ago, I calmly speak about Oksana and never correct. Other people call me Xyusha. The logic is: Oksana is the same Xyusha. That’s why I go to Xyusha, too. I recently worked with the Chinese, for them our names are worse than death. That’s why they called me Sergei.

The second point, which I am completely reluctant and can even say stubbornly drew attention to – that sense of humor is one of the two desirable qualities, which pay attention to 90% of men and 81% of women when choosing a partner. (The second, don’t laugh, honesty). What is basically clear – to tear camomiles or wallpaper is much more pleasant with a person who is able to see something positive and even humorous in routine life situations, especially those about which the strength to laugh is usually not.

Apparently, and in the act of love as a natural and often necessary activity is welcome participation of a positive partner. After all, well, do not cry when the limbs are not bent as shown in the pictures of the subject textbook, and the coup of two bodies squeezed in a passionate embrace, according to the movie model leads to light bodily harm and natural perplexity.

She: Tell me a bedtime story.

She: I don’t even know how to ask: do you have a bad end or a good one?

Wife: This is the second time I’ve warmed your soup. Plate on the table, go eat.

Don’t let him be offended.

Wife: …if you ask for sex, I’ll answer you the same way.

he: How do you feel about friendly sex?)

she: If it’s a question, it’s negative, and if it’s a proposal, I agree!

But it seems to me that a sense of humor plays a more important role in choosing a partner than just the desired attribute. And what if a sense of humor is a kind of immunity of the psyche? And the better developed sense of humor, the more the person has the ability to an adequate perception of life’s turmoil and adaptation? Perhaps, just as people pay attention to the smell, skin, teeth and mobility of a person, assessing the state of his health, the same sign of an adequate and healthy mentality is the ability to joke and understand the jokes of others?

Of course, if a person is an active humorist in life, it does not mean that he has no problems. Often, by the way, on the contrary 🙂 But I suppose that the presence of a developed sense of humor is indicative of well developed mechanisms of adaptation of the psyche. Well, if jokes in the form of verbal incontinence fall out of a person, it rather suggests that his or her psyche is working hard on the stress experienced. Who knows, maybe without a sense of humor, this individual would have long been flattened by a massive puzzle of a severe giant with an axe name of Destiny.

What is the mechanism of this mental immunity? When a threatening irritant appears in a person the reaction “freeze – run – fight – give up” is activated. Four variants is OK, it could be worse, but what to do if none of the variants is available?

The precinct is fighting with the foreman:

Are you familiar with situations where it’s useless to pretend to be dead, you can’t run away, let alone fight and no one is taken prisoner?

Now the situation is just like in an anecdote: husband puts his son in his room, I – daughter. My daughter fell asleep, I went to work in the room. I’m sitting, working. It’s midnight. I tiptoe to my son’s room, it’s dark there. I look in and I ask, is he asleep? So what do I hear?

But I listened and kept quiet. Well, don’t tell me it was me, too.

What happens in the human psyche when the situation is diagnosed as stressful, but none of the behavioral strategies are appropriate? You either have to worry and sit down or… laugh. To laugh, you have to analyze the situation and find in it the very collision of the threatening factor and the seeming normality, which McGraw wrote about, which creates a humorous component at the expense of a conflict of meanings.

Morning. The wild cry of the accountant cuts through the silence:

– WHO? Who?! Who registered the 209 contract? The system automatically charged the client for the entire period! For the year 1801! I have an application from a client, is it true that he is the first known sedentary person in Estonia, the predecessor of Estonian statehood and our very loyal client?!

From a discussion of domestic rabbits.

Yyy: A friend of the rabbit’s chewed the liner to the sink while she was at work, drenched three floors down and waited for her to swim in the bowl of the apartment. So they’re fine with a sense of humor.

To carry out such an analysis, a person would need certain thinking skills, which, you agree, is useful in itself. In situations involving the person directly, to laugh, you need to analyze yourself. From what we can conclude that a person with a particularly developed sense of humor has no less developed reflexion abilities and is familiar with self-irony.

<xxxx> we only had four people at work today)

<xxxx> me, two programmers and an accountant.

<xxxx> everyone naturally suffers from nonsense.

<xxxx> except programmers and accountants

And finally, optional information for supporters of in-depth study of the subject.

In terms of the collective unconscious, humour and laughter are attributes of the archetype of Jester, or as it is often called the Trickster. The main feature of this character of myths and fairy tales is spontaneity and unpredictability, the ability to manifest themselves through the violation of habitual. Its manifestations prevent stagnation, generate fundamentally new solutions and moves in dead-end situations, but also bring chaos and uncertainty to life.

In psychological literature, one can find the concept of White and Black Jester. The appearance of the former can be compared to machine oil inside the mechanism or to this psychological pilling. It smoothes out corners and destroys old, hardened structures. His thrill is in mobility, in manoeuvring and playing, creating something fundamentally new, unexpected. The second sees his vocation and his joy in destruction itself, in increasing chaos for the sake of chaos itself. It can manifest itself in the “laughter of the gallows”, in cynical sarcasm, in the unconscious desire to create dangerous situations. If we raise these two entities to the absolute, don’t you think that they will be the two poles of Good and Evil?

Nomak: As a child I read somewhere that if you pound your finger batteries against each other for a long time, there will be an atomic explosion. I got out of the battery, sat and pounded and pounded, and my sister was running around, roaring and shouting that she wanted to live.

BILBOS: And I’m still amazed at the degree of my blind trust in my parents. My mother regularly tricked me in the following tricky way – when I didn’t want to sleep, she said that as soon as I fell asleep, she would give me a candy. Here, by the way, the question of trust can turn into a question of my intellect. But that’s not what this is about.

C answers, a question in the category “Music”:

Q: Can you tell me how to block a plastic balcony door from small children by hand or “folk means”?

A: Well, if the question is “Music,” slide the door in with a piano.