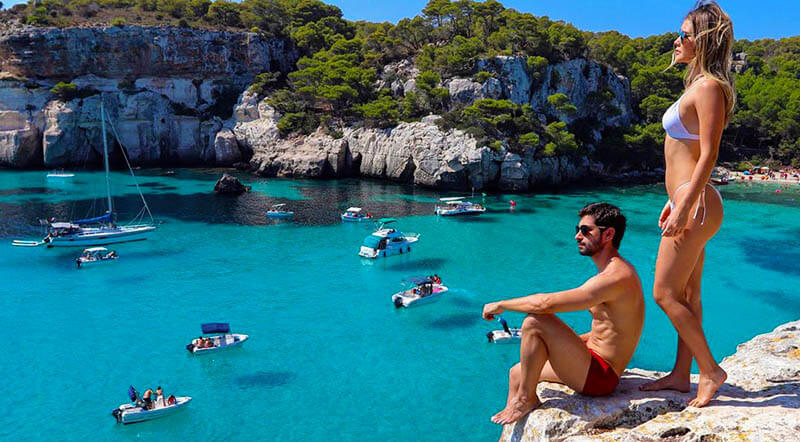 There comes a moment in every person’s life when he or she realizes that the time has come for him or her to have “serious relationships”. For many, this concept includes its components, the main of which are the passport stamp and children. Most often, such desires arise under some influence or after reading certain books, watching movies. Everybody around gets married, has children, time goes by, and, sort of, you start to feel that we “have to go” too.

This concept can change its meaning from one couple to another, because everyone invests in it certain values and needs, and women’s and men’s opinions in this regard may have cardinal differences. Most often, the main criterion by which the “seriousness” of a relationship is assessed is marriage.

But is it really so? Nowadays, it is always possible to get a divorce, in addition, a marriage can be forced or, to put it mildly, if one of the parties does not want to.

Forced marriage? Can anyone else be forced now? Of course, because cases of marriage due to “girl’s pregnancy” are not uncommon, and a “real” man must be responsible for his actions, so a new family is formed. For a long time, is it true?

Of course, there are different situations, and such marriages can be durable, but the statistics shout the opposite. Happy marriage because of pregnancy has become an exception to the rules, rather than the norm. And can such a relationship be called serious?

To provide for a family and bring money into the house – this is often the opinion of the male half of society, which has entered into a phase of relations called “serious”. Taking care of the house and husband, and raising children are serious intentions in a female case.

Serious relationships are great aspirations, as well as the efforts made to fulfill them.

It is an alliance of two people who have decided to combine all their capabilities forever, and also came to a common desire to live together until the last days, so that no matter what happens, to raise their children together, to develop and grow together both emotionally and socially.

Serious relationships are victims, which can be quite significant; it is quite possible that you will have to confront the discontent of parents and misunderstandings of friends, reconsider your values and views on “personal” freedom and space.

Such a relationship is a tremendous effort on the part of yourself and your partner, which will never come to a minimum. And only when you really understand, understand and accept all this, then you are really ready for a serious relationship. Sex, flowers, curlers, pots, money – concepts that will be applied to the main core of your joint efforts and aspirations.

Does it have to be?

And so, having thought over all these concepts, taking into account all the reasoning and your own speculations, it is worth thinking – or maybe you should not succumb to the general influence? Such a relationship, of course, is beautiful when it is brought to marriage, but it should become desirable and appropriate for both halves.

It is necessary to come to this decision gradually and with all seriousness, a man and a woman should feel that everything that once was personal has become joint and it does not bother anyone. The immersion into a joint life and joint responsibilities should be done gradually and thoughtfully: common problems, children and not nailed down.

Many believe that the main criterion for a serious relationship is age. At the age of 17, they say, you can not build a serious relationship, because it’s just love, often with a bright passion and desire, but not a degree of love. But at 25, as by magic, a person becomes serious and ready. What kind of nonsense and sticking labels on people?

There are many cases when marriages, formed at the age of 17-19 at the request of the partners themselves, remain strong and eternal until the last days, which is not to say about later. So, it’s not about age, but a joint desire and desire to move towards each other. This, of course, must happen somewhere on a psychological level.

Since childhood we have heard from parents and teachers that in the future every normal person must have a family and children. But remember, nobody owes anything to anyone! A person has the right to decide and act as he or she sees, not as he or she was told.

It is necessary to come to a serious relationship, not to enter it by order. Often, a woman is much earlier ready to start a serious relationship than a man, so if there is a potential admirer on the nearest front, she starts to think, and how is he configured? Are his feelings serious, or maybe he just has fun and fun, not trying to burden himself with something serious and important.

Let’s turn to the candy and flower period, when everything is just beginning to emerge. Indeed, a man in love will look for meetings with the object of adoration, trying to pay special attention to it. As you know, men love with their eyes, so the long admired glances in your direction also speak about his considerable interest in your person.

The time goes by, the moment of transition to “something more serious” comes, maybe it’s cohabitation or conclusion of an official union. How to understand that a man is really serious and your relationship for him is not just another hobby? If he refuses to introduce you to his family, as well as to oppose communication with your family, it is a sure sign that he is not ready yet, and maybe even afraid of a serious relationship.

A loving man sincerely empathizes with your successes and failures, seeks to help in your affairs and endeavors, cares about your health, and is ready to sacrifice. What kind of sacrifices are these? He is ready to postpone his meetings with friends, fishing trips, as well as your favorite hobbies in order to pay attention to you, especially when you really need it.

An admirer, who is not very serious about his lady, can more than once shift and cancel your meetings, inventing dubious excuses. A loving man, as well as a woman, is bored and needs the attention of his half, so he will not be able to not see his chosen one for a long time.

A serious relationship is an important step for any couple that does not happen quickly and thoughtlessly, for him time must pass.

And only when partners are ready to learn how to sacrifice and respect, somewhere to tolerate and pass by themselves, to bear a common burden, as well as to raise children based on mutual understanding and love, then we can talk about a serious relationship that will result in a long and happy life.